What is the Average Jail Sentence for DUI Manslaughter in California?

DUI » What is the Average Jail Sentence for DUI Manslaughter in California? 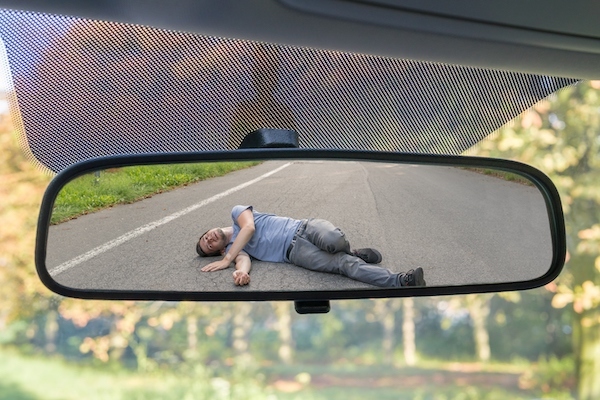 If you accidentally kill someone while you are DUI in California, you are probably bracing yourself for serious criminal charges and a long jail sentence.

But in fact, California laws on “vehicular manslaughter while intoxicated” (DUI manslaughter) provide for a wide range of potential sentences depending on the circumstances of the case. Every case is different, so it is almost impossible to come up with an “average” jail sentence that is relevant to your case.

PC 191.5(a) gross vehicular manslaughter while intoxicated is charged when the prosecutor believes the defendant was acting with gross negligence at the time of the accident. This means that s/he was acting with reckless disregard for the life of a human being. Perhaps by driving way over the speed limit, running red lights or stop signs, driving on the wrong side of the road, etc.

The potential state prison time for a DUI manslaughter case with gross negligence is four (4), six (6) or ten (10) years.

Vehicular manslaughter while intoxicated under PC 191.5(b), without gross negligence, is a different story. This offense can be charged as either a felony or a misdemeanor, at the prosecutor’s discretion. The prosecutor heavily relies on the police report by any law enforcement officers on the scene.

The potential felony sentence for a DUI manslaughter conviction is sixteen (16) months, two (2) years or four (4) years. And if it is charged as a misdemeanor, the maximum jail sentence is only one (1) year with no mandatory minimum.

People convicted of vehicular manslaughter while intoxicated – with gross negligence or not – face a driver’s license revocation as well. The judge may also impose a manslaughter sentence with years of probation and treatment for substance abuse.

So, as you can see, the potential consequences of a vehicular manslaughter while intoxicated conviction vary enormously depending on how you were alleged to have been driving at the time of the accident. And note that the prosecutor has to be able to prove that you were driving negligently in some way in addition to driving under the influence of alcohol or controlled substances.

This is why it is important for accused drunk drivers to hire a top-notch California DUI defense attorney law firm with experience in accident reconstruction. The work and skills of a criminal defense lawyer can be the difference between a 1-year prison sentence or 10!

Remember, being in actual physical control of a motor vehicle with a BAC (blood alcohol content – also referred to as blood-alcohol level or breath-alcohol level) of 0.08% is automatically drunk driving. Driving with a BAC above the legal limit is a crime even if the driver is not impaired (has “normal faculties”) and passes the field sobriety tests.

For a free consultation and legal advice following a DUI accident resulting in the death of another person, consult our California criminal defense attorneys at Shouse Law Group. If you’d like to create an attorney-client relationship with our DUI lawyers, we can discuss payment plans and discount rates. Our DUI manslaughter attorneys fight to get your charges reduced or dismissed.

Disclaimer: Past results in vehicular homicide cases are not a guarantee of future results.

Should I Take a Breath or Blood Test if I am Pulled Over for a DUI in Nevada?

How long does a DUI stay on your record in Arizona?