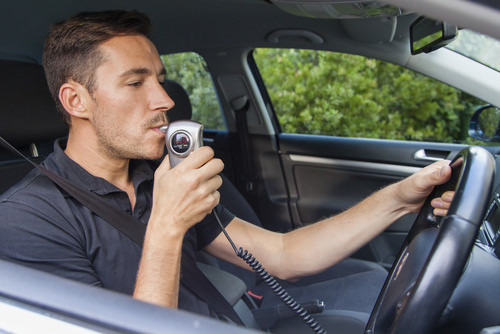 No Car? Request an IID exemption.

If the court ordered you to install an ignition interlock device (IID), but you do not have a car, you can request an exemption. By filing a declaration of non-ownership form, you ask the court to waive the IID requirement.

Declarations of non-ownership have strict requirements. If any one of them is not met, the court will not waive its order. You will still have to install the IID in your vehicle, or in a vehicle that you can access.

Not installing the IID, or driving in a vehicle that does not have one installed, violate the terms of DUI probation.

What is a declaration of non-ownership?

A declaration of non-ownership is a legal document filed with the Department of Motor Vehicles or with the court. The form states that you do not own or have access to a vehicle. It claims that your lack of a vehicle should make you exempt from a court’s order that you install an IID. It also makes you acknowledge that you are not allowed to drive without an IID.

In California, the declaration of non-ownership is a single-page form. It follows the rules that are set out in California Vehicle Code 23575.3(d)(2). The form exempts drivers from the IID requirement in two cases:

It is up to the driver to support either claim.

What does it mean to not own or have access to a vehicle?

Drivers can be exempted from the IID requirement if they can show that they do not own or have access to a vehicle.

Lack of ownership is a very strict requirement in California. If you have a car that does not run, the court will deny your declaration of non-ownership. You will also be denied if you have an approved planned non-operation for a vehicle that you own. If a court orders you to install an IID and you own any vehicle, you have to install it.

These requirements include the vehicle that you were using when you were arrested for driving under the influence (DUI). To be exempted from the IID requirement, you cannot still own, possess, or have access to that vehicle.

What if I buy a car, later on?

If your request for an exemption from the IID requirement is approved and then you buy a car, you will have to install the IID in it. This is also true if you ever gain access to a vehicle, even without buying it.

What are the penalties of noncompliance?

Not complying with the IID requirements can violate the terms of your DUI probation. The court will likely issue a bench warrant for your arrest. A hearing will be set. You will have to prove that you either:

If unsuccessful, the court may tighten the terms of your probation. They may also sentence you to jail for the DUI and probation violation.

When does the form need to be filed?

The declaration of non-ownership form needs to be mailed within 30 days of the suspension or revocation notice.

If the form is not postmarked before this timeframe has expired, the court will deny the request.

If you do not provide the form on time, you will have to install an IID, even though you do not have a car. The court will expect evidence that you have complied with the requirement. When you are unable to provide it, the court may consider it a violation of your DUI probation.

Hit by a DUI drunk driver in Las Vegas? What are my rights?

Will my driver’s license be suspended in my home state if I get a DUI in Nevada?

Four ways DUI can be a felony in Nevada

There are four scenarios where drunk or drugged driving is a Nevada felony. One is DUI-third, where the defendant has two prior DUI convictions in the last seven years. Another is any DUI following a felony DUI conviction. DUI causing injury or death (NRS 484C.430) is always a felony. Finally, vehicular homicide (NRS 484C.440) – a ...