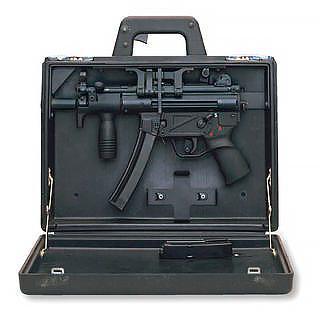 A camouflaging firearm container is an object that holds a gun, but nonetheless, does not look like it contains a firearm. This element of concealment is the reason for the use of the term, “camouflaging.” The container in question is also designed so that the firearm inside it can be fired without removing it from the container.

Under California Penal Code 24310, the following acts are illegal in California when it comes to camouflaging firearm containers:

If a person performs any of these acts with a camouflaging firearm container, he can get charged with either a misdemeanor or a felony, depending on the specific facts of a case. The penalties for either charge can include imprisonment for one to three years and/or substantial fines.

PC 24310 is California's statute governing camouflaging firearm containers. According to this code section, it is a crime if any person:

manufactures or causes to be manufactured, imports into the state, keeps for sale, or offers or exposes for sale, or who gives, lends, or possesses any camouflaging firearm container…

Under Penal Code 24310, possession of a camouflaging firearm container is only a crime if it is done:

A violation of Penal Code 24310 PC is a wobbler offense, meaning that it can be charged as either a misdemeanor or a felony.