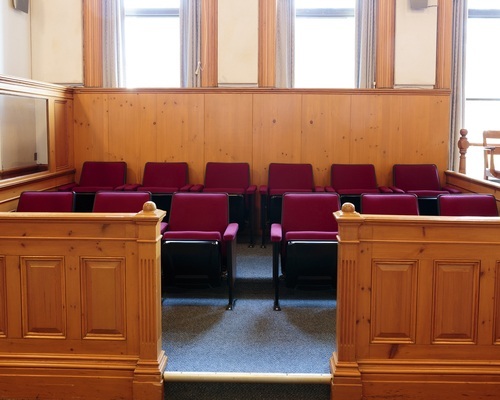 The time between an arrest and trial in California depends on whether the defendant committed a misdemeanor or a felony.

An accused has a right to a “speedy trial” in his criminal case under both the Sixth Amendment to the U.S. Constitution and Article I, Section 15, of the California Constitution.

California has provided further details on what “speedy” is with Penal Code 1382. According to this statute:

An arraignment typically takes place 48 hours to a few weeks after an arrest.

Please note that a defendant can always waive his right to a speedy trial. If this is done, there is really no hard-and-fast rule for how long the prosecution can wait to bring an accused to trial.

What is the time between a crime and trial for California misdemeanor offenses?

California Penal Code 1382 PC states that, in misdemeanor cases, a defendant has the right to go to trial within 30-45 days of his arraignment.

The time between an arrest and an arraignment in California misdemeanor cases is either:

What is the time between a crime and trial for California felony offenses?

PC 1382 states that, in felony cases, a defendant has the right to go to trial within 60 days of his arraignment.

The time between an arrest and an arraignment in California felony cases is either:

Can a defendant in California waive his right to a speedy trial?

A defendant can always waive his right to a speedy trial. If this is done, there is really no hard-and-fast rule for how long the prosecution can wait to bring the accused to trial.

Note, however, that if the prosecution shows unusual delay in bringing a defendant to trial, then the defendant can file a Serna motion with the court. Serna motions are filed by criminal defense attorneys as part of the pretrial process in California criminal law. A successful Serna motion will result in the criminal charges being dismissed.

What are the advantages/disadvantages of waiving the right to a speedy trial?

The decision as to whether an accused should waive his speedy trial right is a strategic one made between the defendant and his criminal defense attorney. And, the determination as to “waive or not to waive” carries definite advantages and disadvantages.

The main advantage to a waiver is that it gives the defense attorney more time to prepare for the trial. Trial preparation involves many things, including:

This is just to name a few. Preparing for trial can be quite complex. If an attorney does not believe that he will be ready for a trial within 30-45 days or 60 days, then it is favorable for the defendant to waive his right.

The main disadvantage to a waiver is that sometimes a prosecutor will not be ready to go to trial within the time given by PC 1382. If this is the case, and a waiver is given, then the prosecutor can fully prepare for the trail. If, though, no waiver was made, there might have been a dismissal of charges due to ill preparation.

What is an arraignment in California?

What are an accused's rights at an arraignment?

Both the United States Constitution and the California Constitution empower the defendant with a variety of rights during all criminal proceedings. During the arraignment, the judge (or, in larger counties, a prerecorded announcement) will advise the accused of these rights.

If a defendant has been accused of committing an infraction, only some of these rights apply. For example, a defendant charged with an infraction is not entitled to a court-appointed attorney or a trial by jury.