What is the statute of limitations on theft charges in California? 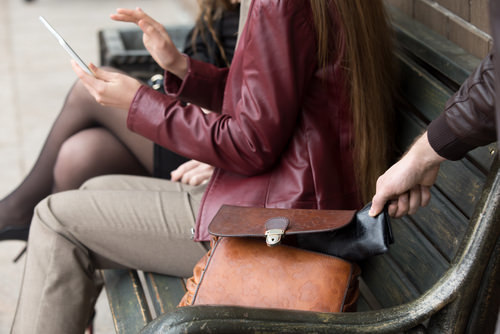 The statute of limitations on being charged for theft varies

The statute of limitations (“SOL”) for most California theft charges will be either one year or three years, depending on whether the offense is charged as a misdemeanor or a felony.

Under California criminal law, a SOL refers to the maximum time period for which a prosecutor can file criminal charges.

Most California misdemeanors have a statute of limitations of one year.

But, under California Penal Code 801 PC, felonies have a SOL of three years.

Some examples of common California theft crimes are:

One of the main reasons the law puts limits on when a criminal case gets filed is to preserve a sense of fairness for the defendant.

What is the statute of limitations if a theft crime is a misdemeanor?

There are several different theft crimes in California. If a defendant is charged with a theft offense, and it is going to be charged as a misdemeanor, then the SOL is typically one year. This means a prosecutor must file charges of the crime within one year of the offense. If no charges are brought during this one-year time period, a prosecutor loses the right to file them in the future.

Some examples of California theft offenses that are often charged as a misdemeanor are:

What is the statute of limitations if a theft crime is a felony?

If an accused is charged with a theft crime that is a felony, then PC 801 says that the SOL to bring the charge is three years. This means a prosecutor must file charges of the crime within three years of the offense. If no charges are brought during this three-year time period, a prosecutor loses the right to file them in the future.

Some examples of California theft offenses that are often charged as a felony are:

What if a theft crime is a wobbler offense?

There are several theft crimes that are California wobblers. A wobbler is an offense that can be charged as either a misdemeanor or a felony. A prosecutor will determine which type of charge to pursue based upon:

If the prosecutor decides that a crime will be charged as a misdemeanor, then he/she has one year to bring charges of that crime.

If, however, a prosecutor decides that an offense will be charged as a felony, then he/she has three years to bring charges of that offense.

Why does the law have statute of limitations?

What is the Discovery Rule?

Is there a statute of limitations for all crimes?

Not all crimes have a statute of limitations. Under California Penal Code 799 PC, charges of the following crimes can be brought against a person at any time: