California Vehicle Code 22348 VC imposes the penalties for driving over 100 miles per hour on a California freeway. This offense is punished by fines, negligent operator points, and a possible drivers license suspension.

VC 22348 states that "a person who drives a vehicle upon a highway at a speed greater than 100 miles per hour is guilty of an infraction punishable, as follows...upon a first conviction...by a fine of not to exceed five hundred dollars ($500). The court may also suspend the privilege of the person to operate a motor vehicle for a period not to exceed 30 days."

There are five important points to know about driving over 100 miles per hour. 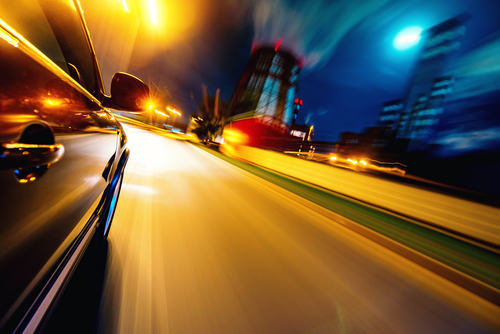 California Vehicle Code 22348 (b) imposes specific penalties for those motorists that drive over 100 miles per hour on a California highway.

1. What happens if I drive over 100 miles per hour on a California highway?

California Vehicle Code 22348 (b) imposes specific penalties for those motorists that drive over 100 miles per hour on a California highway. These are:

A motorist will face additional penalties if found guilty of driving over 100 miles per hour on a California freeway. These are:

2.1 How many points are put on a driving record?

Violators of Vehicle Code 22348 (b) will receive two points on their DMV driving record.2 Points assessed on a motorist's record are reported to that motorist's insurance carrier. The result is typically an increase in the driver's insurance rates for several years.

A mandatory court appearance means drivers must appear in court if they violate 22348 (b). Please note that an attorney can appear on a driver's behalf. This means a motorist doesn't have to go to court, personally, if he hires an attorney to represent him.

It's also advantageous to hire an attorney because:

3. What happens if I don't appear in court?

Two things happen if you, or your attorney, do not appear in court. These are:

A person violates Vehicle Code 40508 VC if he willfully fails to appear in court.3

You willfully fail to appear when you are willingly a no show. It doesn't matter if you didn't intend to break the law.4

4. Can I attend traffic school if I speed over 100 miles per hour in California?

Motorists that receive speeding tickets often attend traffic school. A benefit of traffic school is that drivers can avoid getting any points on their driving record. This helps prevent an increase in insurance rates.

But, drivers caught speeding over 100 miles per hour typically cannot attend traffic school. This is because motorists are generally not eligible for traffic school if they were cited for a violation mandating a court appearance.6

5. Are there legal defenses if I drive over 100 miles per hour?

5.1 Can I fight a ticket even if a radar was used?

As to the first showing, note that a radar device measures speed by shooting out a beam at a target (here, a speeding car). The width of this beam increases with distance. As it increases, it's possible that the path of the beam will include other cars and objects. The result is that a car might appear as traveling faster than it was.

Infractions under California law are not crimes and an offender is not subject to incarceration.

Please note, however, that motorists driving over 100 miles per hour may also commit another illegal act besides speeding (e.g., reckless driving). If this is done, the motorist may face criminal charges - depending on the other illegality committed.

There are three laws related to Vehicle Code VC 22348 (b). These include:

7.1 What are California's "speeding laws"?

Penalties for violating these speeding laws typically include a fine and one point assessed on the motorist's DMV driving record. 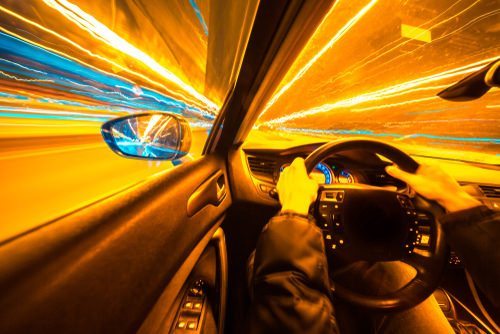 7.2 What is reckless driving under California law?

California Vehicle Code 23103 is the State's law on reckless driving. It makes it a crime to drive with wanton disregard for the safety of people or property.10

But the possible jail sentence and fine increase if the reckless driving causes an injury.12

7.3 What is a speed contest/exhibition of speed under California law?

California Vehicle Code 23109 (a) makes it a crime to willfully participate in a speed contest.

Also known as an "exhibition of speed," a "speed contest" is defined as a race against:

Were you accused of driving over 100 miles per hour on a California freeway? Call us for help…

If you or someone you know has been cited for speeding, or has been injured in an accident in California, we invite you to contact us for a free consultation. We can be reached 24/7 at 855-LawFirm.