California Penal Code 29810 PC is the state's statute governing the relinquishment of firearms following the conviction for certain crimes. The statute states that persons convicted of any felony, or certain misdemeanors, must relinquish all firearms that they own, possess, or have control over.

Examples of appropriate conduct under PC 29810 are:

Penal Code 29810, as it currently reads, is a result of Proposition 63 (passed in 2016). The law went into effect in January of 2018. To date, the relatively new law has raised some interesting constitutional and immigration issues.

Luckily, there are several legal defenses that a person can raise if he fails to comply with Penal Code 29810 PC. These include showing that an accused party was not:

A defendant that does not take the appropriate steps, in time, to relinquish his firearm(s) is guilty of an infraction. The offense is punishable by a maximum fine of $100.

Further, if no relinquishment, a defendant may be guilty of the unlawful possession of a firearm, and could be penalized under Penal Code 29800 PC, which prohibits firearm access for certain people. 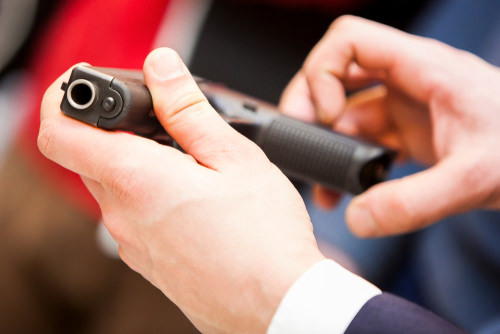 California Penal Code 29810 PC is the State's statute governing the relinquishment of firearms following the conviction of certain crimes.

1. The Legal Definition of Relinquishment of Firearms by Convicted Persons

California Penal Code 29810 PC states that if a person is convicted of a felony, or a certain misdemeanor, he must identify and relinquish all firearms that he owns, possesses, or has control over.1

In addition to stating this general rule, PC 29810 sets forth the procedures that a convicted person must follow to legally relinquish any firearms.

The important items regarding these procedures include:

Penal Code 29810, as it currently reads, is a result of Proposition 63 (passed in 2016). The law went into effect in January of 2018. To date, the relatively new law has raised some interesting constitutional and immigration issues.

For example, depending on the specific facts of a case, compliance with PC 29810 may raise issues involving a person's rights under the Fourth Amendment and Fifth Amendment to the U.S. Constitution.

In addition, there are a few immigration issues involving the Prohibited Persons Relinquishment Form. These issues have to deal with the nature of certain questions asked and the information that is requested.

Given these issues, it is critical for a defendant to consult with a skilled criminal defense attorney so that they are fully protected when complying with PC 29810.

A person accused of not complying with Penal Code 29810 can challenge the accusation by raising a legal defense. A good defense can often get a charge reduced or even dismissed. Please note, though, that it is essential for an accused to hire an attorney for the best defense.

Three common defenses to accusations of not complying with PC 29810 are:

Recall that some of the initial steps within the relinquishment process are that the court must:

This means that if the court never provides these instructions, or does not provide a form, then a defendant may have a defense to a charge under PC 29810. The same may hold true if the court provides the same but is not clear in doing so. 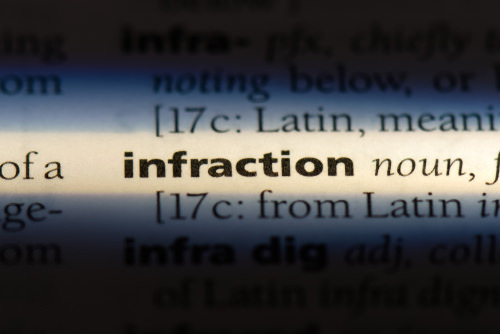 A defendant that does not timely complete and submit a Prohibited Persons Relinquishment Form is guilty of an infraction. The offense is punishable by a maximum fine of $100.9

Further, if a defendant fails to relinquish a firearm, then he may be guilty of the unlawful possession of a firearm.10 If so, he could get penalized under Penal Code 29800 – see Section 4.2 below.

There are three laws related to Penal Code 29810. These are:

Penal Code 25400 PC, California's carrying a concealed weapon law, makes it a crime for a person to carry a concealed firearm on his person or in his vehicle.11

Further, a person must know that he is concealing a gun to be guilty under PC 25400.12

Unlawful possession of a firearm under California Penal Code 29800 PC is a felony. The crime is punishable by:

Under California Penal Code 246.3 PC, a person commits the crime of “negligent discharge of a firearm” if he:

It may sound as if the crime of “negligently discharging a firearm” includes accidentally shooting a gun. However, this is not the case. A person commits the crime of PC 246.3 if he willfully—that is, intentionally—pulls the trigger.18

Negligently firing a gun is what is known as a “wobbler” under California law. A wobbler is an offense that can be charged as either a misdemeanor or a felony.

If charged as a misdemeanor, negligent discharge carries a maximum county jail sentence of one year.19

If charged as a felony, negligent discharge can lead to sixteen months, two years, or three years in county jail.20

Were you accused of not relinquishing a firearm in California? Call us for help…

If you or someone you know has been accused of a crime per Penal Code 29810, we invite you to contact us for a free consultation. We can be reached 24/7 at 855-LAWFIRM.