On November 8, 2016, California voters approved Proposition 64, also known as the Adult Use of Marijuana Act.

Prop 64 made it legal as of January 1, 2018, for people 21 and older to possess and use small amounts of marijuana (also known as "pot" or "weed"). California's marijuana legalization law also allows the sale of marijuana by businesses licensed to do so.1

California had been slowly moving toward marijuana legalization for a while. The use, cultivation and distribution of medical marijuana were legalized in 1996. And personal possession of up to an ounce of marijuana was previously a California infraction carrying no jail time.

But Prop 64 definitely marks a new era for California marijuana law. Moreover, defendants sentenced to criminal penalties for crimes like HS 11359 possession for sale of marijuana may now be able to bring a motion for resentencing under Prop 64, which lightens the penalties for such offenses.2

The following table shows the changes made by Proposition 64 to major California marijuana crimes and their penalties:

If you have further questions after reading this article, please feel free to contact us at Shouse Law Group.

1. Is it now legal to possess and use marijuana and concentrated cannabis in California?

Proposition 64 makes it legal for people in California to possess--or use--marijuana. Once the law goes into effect, you can use marijuana without worrying about being charged with HS 11357 possession of marijuana for personal use.3

However, there are several important caveats to Prop 64's legalization of marijuana possession.

First, an individual may legally possess only

Adults who possess more than those quantities will be charged with a California misdemeanor, punishable by up to six (6) months in county jail and/or a fine of up to five hundred dollars ($500).4

Second, only people aged 21 and older can legally possess marijuana or hashish under Prop 64. People under 21 who possess any amount of marijuana will still be guilty of an infraction and will be sentenced to drug counseling, community service, and/or (if they are 18 or over) a small criminal fine.5

Finally, California's marijuana legalization law imposes criminal penalties on people who possess any amount marijuana or concentrated cannabis on the grounds of or inside any K-12 school while the school is open during school hours.

For people 18 and over, possessing marijuana at a school is a misdemeanor punishable by a $250 fine for first offenders. Minors under 18 who possess pot at a school are guilty of an infraction and face drug treatment and community service.6

2. Under Proposition 64, what happens if a minor possesses marijuana in California?

As we discuss above, marijuana or concentrated cannabis possession is still a crime for people who are under the age of twenty-one (21)--just like alcohol possession.

Anyone under 21 who is caught with pot or hashish will be charged with an infraction under Prop 64. They will face the following penalties:

3. Is it still a crime to possess marijuana for sale in California?

Proposition 64 legalizes the sale of marijuana--but only for businesses that obtain and operate in accordance with a state license (and possibly local licenses as well).8

For anyone who does not have a license, possession of pot with intent to sell it will still be a crime.

There are some exceptions to this. Marijuana possession for sale will still be a felony under Prop 64 if any of the following is true:

For these defendants, possessing marijuana for sale will carry a felony sentence of sixteen (16) months, two (2) years or three (3) years in jail despite marijuana legalization.11

4. Is it still a crime to sell or transport marijuana in California?

Under California's marijuana legalization law, you can only sell marijuana if you have obtained a license to do so. These licenses will be issued by a newly-created Bureau of Marijuana Control.

If you don't have a license, then selling pot--or transporting it in order to sell it--is still a crime under Proposition 64.12

Prior to Prop 64, sale or transportation of marijuana was a felony under Health & Safety Code 11360 HS. But now it is a misdemeanor for most defendants. The penalties include up to six (6) months in county jail, and/or a fine of up to one thousand dollars ($1,000).13

However, marijuana sale/transportation for sale without a license will remain a felony for the following defendants:

For these defendants, unlicensed sale or transport of marijuana is punishable by two (2), three (3) or four (4) years in jail.15

"It's important to remember that Proposition 64 is not going to mean the end of people being prosecuted for selling or transporting marijuana in California. 'Marijuana legalization' means that marijuana can legally be sold only by licensed businesses that collect high state taxes on their sales. But some people, in order to get around Prop 64's taxes and regulations, will continue to buy and sell pot the way they always have--illegally. It remains to be seen how much attention law enforcement will give to investigating these violations."

Also, for minors under 18, selling or transporting weed without a license will only be an infraction under Prop 64. These defendants will face required drug education and community service.17

Proposition 64, California's marijuana legalization statute, makes it legal to grow your own weed in some circumstances.

But under the Adult Use of Marijuana Act, adults who are 21 or older may plant, cultivate, harvest, dry or process up to six (6) living marijuana plants without breaking the law.18

But cultivating more than six marijuana plants will remain a crime. For most adult defendants, it will be a misdemeanor that carries up to six (6) months in county jail and/or a fine of up to five hundred dollars ($500). It will be a felony for:

In addition, under Proposition 64, people under 21 who plant, cultivate, harvest, dry or process even one marijuana plant will be charged with an infraction.20

6. If I was convicted of a marijuana crime before Proposition 64, can I apply for resentencing?

Proposition 64 does provide for resentencing for people convicted under California's previous marijuana laws who would serve a lighter sentence under the marijuana legalization regime.

If you are currently serving a sentence under the old version of California marijuana laws, and you would be eligible for a shorter sentence under Prop 64, you may apply to a court to have your sentence reduced.

Depending on how much of your sentence you have already served, resentencing under Prop 64 could lead to your immediate release from jail.

The same is true if you have already completed a sentence for violation of California's marijuana laws. Marijuana legalization means that you can apply to have your conviction redesignated from a felony to a misdemeanor, or from a misdemeanor to an infraction.22

This kind of Proposition 64 resentencing can help you restore rights that are not available to people with a past conviction for a felony--for example, the right to own a firearm without violating California's "felon with a firearm" law.

Of course, resentencing under Prop 64 can also help you by reducing the apparent severity of the crimes on your record--which will make it easier to find jobs and housing and to rebuild your life after being convicted of a marijuana crime.

Here are some examples of how resentencing after marijuana legalization might work:

Example: Kayla is convicted of transporting marijuana for sale in 2014. She has no prior criminal record. At the time, this offense is a felony under HS 11360. She is sentenced to 3 years in jail.

In 2016, California voters pass Proposition 64. Under the new law, Kayla's offense would be a misdemeanor punishable by up to 6 months in jail. So with the help of her California Proposition 64/marijuana legalization attorney, she files a petition for resentencing. The prosecutor does not oppose the petition, and it is granted.

Kayla is eligible for immediate release from jail.

Example: Carlos is convicted of possession of marijuana for sale, a felony, in 2009. He is sentenced to two years in jail but is released earlier. By 2016, when Prop 64 is passed, he has completed his sentence.

Under the Adult Use of Marijuana Act, possession of marijuana for sale is a misdemeanor. Even though he has served his sentence, Carlos applies for redesignation of his offense to a misdemeanor. This redesignation is granted. As a result, Carlos no longer has a criminal record that includes a felony.

7. Where will I be allowed to smoke marijuana under Prop 64?

The Adult Use of Marijuana Act specifies that marijuana may not be smoked/consumed in any public place UNLESS that place is licensed for such purposes under California's marijuana legalization law.23

Places that are licensed for marijuana consumption must meet the following requirements:

It remains to be seen how many "pot bars" of the type just described will be opened in the wake of Proposition 64. Of course, marijuana consumption in private homes will remain the safest option even after marijuana legalization. 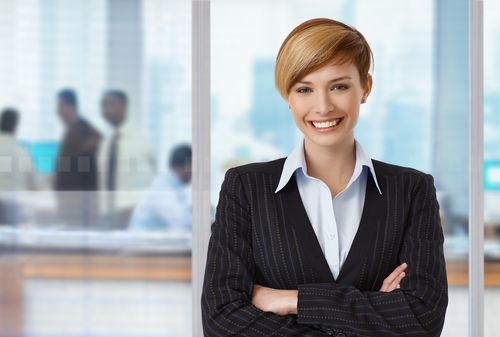 For more information about Proposition 64 and the legalization of marijuana in California, or to discuss your case confidentially with one of our marijuana legalization attorneys, please don't hesitate to contact us at Shouse Law Group.