Penal Code 248 PC is the California statute that makes it a crime for a person to shine a light at an aircraft in order to interfere with its operation.

Examples of criminal acts under PC 248 include:

Luckily, there are several legal defenses that a person can raise if accused of a crime under Penal Code 248. These include showing that: 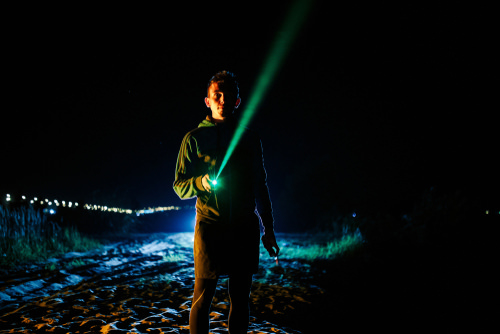 Penal Code 248 is the California statute that makes it a crime for a person to shine a light at an aircraft in order to interfere with its operation.

1. The legal definition of shining a light at an aircraft with intent to interfere

Penal Code 248 is the California statute that makes it a crime for a person to shine a light at an aircraft in order to interfere with its operation.

A prosecutor must prove three things to successfully convict a defendant of this offense. These are:

A person accused can challenge the accusation by raising a legal defense.

2.1. No intent to interfere

Please recall that a defendant must have specifically intended to interfere with an aircraft's operation in order to be guilty under California Penal Code 248. This means it is always a sound legal defense for an accused to show he did not act with this requisite intent.

2.2 Light not capable of impairing operation

Also recall that Penal Code 248 says that a person is guilty of a crime only if he acts with a device that is intense enough to actually impair an aircraft's operation. It is a defense, therefore, for a defendant to show that he did not act with such a device (e.g., he was holding a match).

The Fourth Amendment to the U.S. Constitution says that police must have probable cause to detain or arrest a suspect of a crime.

If a person was stopped or arrested for violating PC 248, and there was no probable cause, then any evidence obtained following the improper stop/arrest could get excluded from the case. This exclusion could result in the dismissal or reduction in charges.

A violation of PC 248 is charged as a misdemeanor.

There are three crimes related to shining a light at an aircraft with intent to interfere. These are:

Vehicle Code 24409 VC requires drivers to dim their headlights, from high beam to low beam, when approaching and following other vehicles.3

Under California Vehicle Code 24250 VC, it's unlawful for motorists in California to drive "during darkness" without headlights.5

A driver that drives without headlights must pay a fine of $230.00.6

PC 18710 is a “wobbler” offense, meaning that it may be prosecuted as either a misdemeanor or a felony.

No matter how charged though, the penalties for PC 18710 violations can include:

Were you accused of shining a light at an aircraft in California with the intent to interfere its operation? Call us for help…

If you or someone you know has been accused of a crime, per Penal Code 248, we invite you to contact us for a free consultation. We can be reached 24/7 at 855-LawFirm.