Penal Code 647(i) PC is one of California's “Peeping Tom” laws. This section makes it a misdemeanor to peek into an inhabited building while loitering on private property.1

PC 647(i) is technically known as California's law against "peeking while loitering" or "unlawful peeking." It is a form of disorderly conduct in California and also sometimes called "prowling".2

Examples of "peeping while loitering"

Penalties for peeking while loitering

This offense is a misdemeanor. Unlawful peeking is punishable by:

Alternatively, the judge might sentence the offender to summary (informal) probation.

No obligation to register as a sex offender

Conviction of "peeping" under Penal Code 647(i) does NOT require California sex offender registration. The defendant's name will not appear on the California "Megan's Law" website.

Legal defenses to California Penal Code 647(i) include demonstrating that:

To help you better understand the crime of “peeking” under Penal Code 647(i), our California criminal defense lawyers discuss the following, below:

1. The legal definition of "peeking while loitering"

Someone violates Penal Code 647(i), California's “peeping Tom” law when he or she:

A building or structure is inhabited if someone uses it as a dwelling. It does not matter whether someone is inside at the time of the alleged peeking.7

Note that Penal Code 647(i) is not a crime that requires "specific intent." This means that it does not matter why (or when) the defendant decided to look through someone's window or door.8 The defendant can be convicted of PC 647(i) even if he/she did not enter the property with the intention to loiter or peek.

Example: Walter is a cable installer who is installing cable in Jennifer's condo. Jennifer is quite attractive. So after Walter finishes the job, he hangs around the courtyard and peeks into her bedroom window.

Walter did not originally enter the property with the intention of loitering or peeking. But once he finished the job, he no longer had a lawful purpose for being there. So by peeking into the window of an inhabited dwelling, he committed the crime of peeking while loitering.

2. Penalties for "unlawful peeking" in California

Unlawful peeking under Penal Code 647(i) is a misdemeanor.9 It is punishable by:

If sentenced to probation, the defendant will likely serve little or no jail time.

Conditions of probation may include (but are not limited to):

Who qualifies for misdemeanor probation?

Not all defendants qualify for misdemeanor probation. Eligibility depends on:

People who are not usually entitled to probation include (without limitation):

A “Peeping Tom” conviction does not require the defendant to register as a California sex offender. Thus someone who is convicted of Penal Code 647(i) will not have his/her name posted on California's “Megan's Law” website.

This also applies if the defendant pleaded guilty or “no contest” (nolo contendere) to the charges. 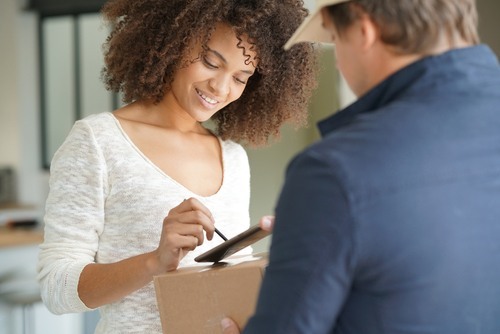 People with a lawful purpose for being on private property cannot be guilty of Penal Code 647(i), peeking while loitering

3. Legal defenses to California Penal Code 647(i) peeking while loitering

To prove a defendant guilty of peeking under PC 647(i), the prosecutor needs to prove each "element of the crime." If even one element can't be proven, the defendant should be found “not guilty.”

Thus legal defenses to charges of peeking while loitering often include showing that:

Example: Billy was lingering behind some bushes outside someone else's window to hide from a neighborhood bully. The only peeking he did was to look out from the bushes to see if the bully was gone.

Example: Molly peeked through the ground floor window of an apartment from the public sidewalk outside the building.

Example: Carly cut across someone's lawn as a shortcut on her way to work. As she passed by a window, she peeked inside out of curiosity. She then continued on her way.

Example: Julius is telephone repairman. While he was inside an apartment building working on a line, he peeked into someone's open window.

Julius had a lawful purpose for being on the property. Therefore, he wasn't peeking while loitering.

Example: Carl is homeless. He peeked into the window of an abandoned commercial building to see if it was suitable for "squatting." Because the building was not inhabited, Carl is not guilty under PC 647(i).

Penal code 647(j) is California's criminal "invasion of privacy" law. This section makes it a crime to:

Invasion of privacy under Penal Code 647(j) is a misdemeanor.18 Potential punishment can include:

However, punishment increases if:

In either of the cases, the penalty for invasion of privacy can include:

The federal "video voyeurism" law, 18 USC 1801, prohibits invasion of privacy on a federally owned territory. Under 18 USC 1801, it is a crime knowingly and intentionally to:

Example: While waiting for a flight at Los Angeles International Airport (LAX), Burt shoots an "upskirt" photo of a young woman with his phone. He is guilty of "video voyeurism" under 18 USC 1801.

Federally owned territories include (but are not limited to):

Charged with “peeping” in California? Call us for help...

If you have been charged as a “Peeping Tom” under Penal Code 647(i), we invite you to contact us for a free consultation.

Call us at 855-LAWFIRM to speak confidentially to an experienced California sex crimes lawyer in your area.

We also have offices in Las Vegas and Reno that can help if you were accused of “peering, peeping or spying into a dwelling” in Nevada (NRS 200.603).