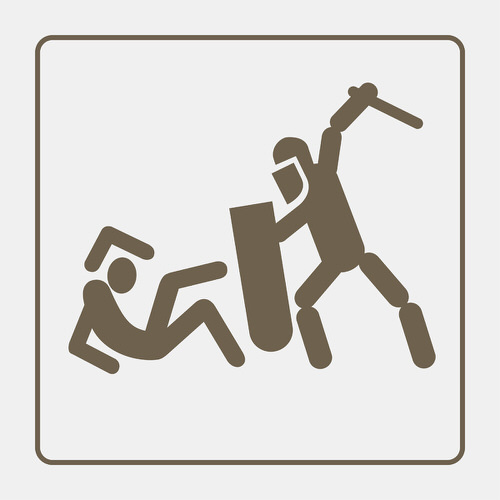 It is a misdemeanor crime in California for public officers such as police to beat people without reason. Specifically, California Penal Code § 149 PC prohibits:

Every public officer who, under color of authority, without lawful necessity, assaults or beats any person.

Public officers are held to a higher standard than civilians, so they face potentially higher penalties than civilians do for battery.

There are various ways to fight PC 149 charges in California depending on the facts of the case. Three of the most typical defense strategies include the following:

Other possible defenses include accident and mistaken identity. And as explained above, it is lawful for public officers to assault or batter a person if there is "lawful necessity."

Note that if the victim suffered bodily harm, the defendant may face charges for more serious charges such as battery causing serious bodily injury in California. This can carry up to four years in prison.

Victims can also file a civil rights lawsuit in California for police misconduct. This could result in collecting damages for medical expenses, lost wages, pain and suffering and even punitive damages.

Need a California attorney? Call us...

If you have been arrested, call our Los Angeles criminal defense attorneys at (855) 396-0370 for a FREE consultation. We will do our best to get the charges reduced or dismissed. And if necessary, we can take the case all the way to trial and fight for a "not guilty" verdict.