"Vicarious liability” is a legal doctrine under which someone who does not personally commit a wrongful act can nevertheless be held responsible for injuries caused by another. Nevada law imposes vicarious liability in a number of contexts, including employer/employee, principal/agent and parent/child relationships.

This doctrine works to the advantage of plaintiffs in Nevada personal injury and accident lawsuits. This is because the "vicariously liable" party often has more resources, insurance coverage and ability to pay larger settlement amounts than the actual wrongdoer.

To help you better understand vicarious liability in Nevada, as well as some related direct liability for acts by others, our Las Vegas Nevada personal injury lawyers discuss the following, below: 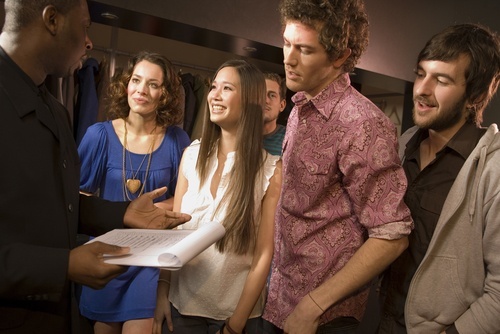 1. What is “vicarious liability”?

In general, people in Nevada are not responsible for wrongful acts committed by others. However, there are exceptions to this general rule.

Under Nevada and federal law, people can sometimes be held responsible for the actions of another based on the relationship between the wrongdoer and the other party (for instance, parent/child or employer/employee).

Such indirect liability is known as "vicarious" liability.

Nevada law holds parents responsible for the acts of their children when the children engage in willful misconduct. It creates a civil cause of action and is distinct from Nevada's criminal laws on child neglect or endangerment.

NRS 41.470 allows people injured by someone's child to collect up to $10,000 in damages from the child and/or the parents as long as the misconduct by the child was intentional.

However, there may be additional theories of liability under which someone injured by a child may be able to recover more than $10,000 -- for instance, when the parent him- or herself was negligent.

Under Nevada law, negligent entrustment allows one to recover damages in a lawsuit when:

Under certain circumstances, Nevada law makes employers responsible for the wrongful acts of their employees. One of these is respondeat superior, a form of vicarious liability discussed in section 5, below. Another is the negligent hiring, retention or supervision of an employee, under which an employer is responsible for its own negligence in dealing with its employee.

Nevada's law on negligent hiring, retention or supervision gives someone injured by an employee the right to sue the employer when:

Example: A Nevada ride-sharing company engages Walter as a driver. A cursory background check fails to reveal that Walter has a past conviction for violating Nevada's sexual assault laws.

5. Nevada's law on respondeat superior (employer's liability for acts of the employees)

Under the doctrine of respondeat superior, a Nevada employer in Nevada is vicariously liable for the wrongful acts or omissions of its employees when:

Example: Jim is working security at Electric Daisy Carnival in Las Vegas. His employer has strict rules for when its personnel can use physical force against concert goers. On the last night of the festival Jim gets too aggressive with a drunk patron and uses excessive force to eject him. The patron suffers a dislocated jaw and incurs medical bills and other compensatory damages totaling $20,000. The security company can likely be held liable, because Jim was under its control and acting within the scope of his employment.

(Note additionally, that if at the time of Jim's employment he had a prior conviction under Nevada's criminal assault laws or Nevada domestic violence laws, or anything else that would have indicated he had dangerous propensities, the security company might also be liable under Nevada's negligent hiring law., discussed above).

If you or someone you know has been injured in Las Vegas, we invite you to contact us for a free consultation.

If your matter is in California, we invite you to visit our page on California vicarious liability laws.