There are two types of spousal / marriage visas in Nevada that permit foreigners to live in the United States: (1) IR-1 / CR-1 immigrant visas, which grant permanent resident status to spouses of U.S. citizens or legal permanent residents, and (2) K-3 non-immigrant visas, that permit spouses to reside in America if their spouses are U.S. citizens.

Below our Las Vegas spousal visa lawyers answer frequently-asked-questions about how to secure a marriage visa so that married couples may lawfully reside together in the U.S. Click on a topic below to learn the application procedures, eligibility requirements, and the time frame for getting a marriage visa in Nevada: 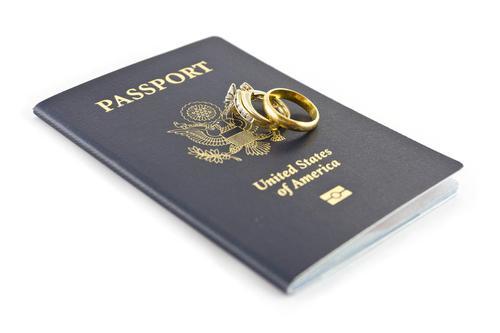 USCIS Form I-130 is the official application for a spousal visa in Nevada.

If the petitioner's spouse resides outside the U.S., then no further applications are necessary other than Form I-130. If Form I-130 gets approved, it is sent for consular processing. Then the consulate or embassy will provide the spouse notification and further information.

If the petitioner's spouse is currently in the U.S. (through lawful admission or parole), the petitioner also has to complete USCIS Form I-485--application to register permanent residence or adjust status. Petitioners who are U.S. citizens should file Form I-485 at the same time as I-130. But petitioners who are green card holders should wait to file Form I-485 until after Form I-130 is approved and a visa number comes available. (Petitioners should read the instructions for USCIS Form 1-485).2

Foreigners are advised not to attempt to fill out and submit immigration forms on their own without an experienced Las Vegas, Nevada spousal visa lawyer. Everyone's situation is unique, and a skilled attorney will prevent your applications being rejected due to avoidable mistakes.

In addition to completing the proper marriage visa forms and paying the filing fee (discussed in the next question), petitioners are required to submit all of the following materials to the USCIS:

Petitioners who are U.S. citizens must prove their citizenship by submitting a copy of either their:

Petitioners who are green card holders (permanent residents) must demonstrate their status with of a copy of either their: 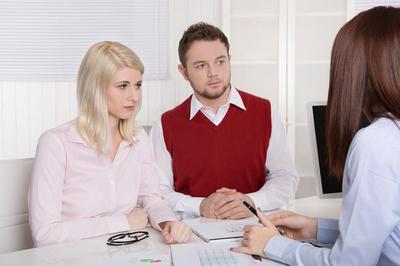 Once the documentation has been processed, a USCIS officer will conduct an interview with the applicant. This interview is meant to establish the legitimacy of the marriage and show that the applicant is not attempting to obtain the visa through misrepresentation or fraud. (Learn more about the visa interview process.)

Payment can be made by a United States check or money order made out to "U.S. Department of Homeland Security". Do not abbreviate.3

4. Can I drop off my "spousal IR-1 / CR-1 visa" application at the local USCIS field office in Las Vegas, Nevada?

No, the Las Vegas immigration office does not receive marriage visa applications. Nevada petitioners must mail spousal visa applications to the appropriate USCIS Lockbox. The address depends on which mail service is used, and whether the petitioner is also submitting an application to adjust status...

Nevada petitioners submitting only Form 1-130 to get a spousal visa should mail the application to the USCIS Phoenix Lockbox.4 If the petitioner is using the U.S. Postal Service, the mailing address is:

Meanwhile, Nevada petitioners who are submitting both Form I-130 for a spousal visa and Form I-485 to adjust status should mail the application to USCIS Chicago Lockbox. If the petitioner is using the U.S. Postal Service, the address is:

But if the petitioner is using Express Mail or a commercial carrier, the address is:

Spousal visas in Nevada take up to a year to process if not longer.

After the USCIS receives and approves the petition for a marriage visa, it is forwarded to the National Visa Center (NVC). Here, the petition will be given a case number and NVC will begin pre-processing the petition by notifying the parties involved.

Every case is different, but this process usually takes several months to a year. Petitioners can check the status of their spousal visa application at the USCIS "My Case Status" Page.5

In general, any married U.S. citizen or green card holder is eligible to get a spousal immigrant visa for his/her alien spouse. But people may be disqualified from obtaining spousal visas if evidence shows they have a sham marriage or got married in order to expedite immigration to the U.S. Standards may be especially high for couples married in Las Vegas, which is known for quickie marriages.

Specifically, the USCIS may deny spousal visas under either of the following four circumstances:

1. The petitioner or his/her spouse were not both physically present at their marriage ceremony, and the marriage was not consummated.

2. It has been legally determined that the petitioner's spouse has attempted or conspired to marry in order to evade immigration laws.

3. The petitioner became a lawful permanent resident of the U.S. by a previous marriage, unless:

4. The petitioner married his/her spouse while this spouse was the subject of a deportation, removal, exclusion, or rescission proceeding (or judicial review) regarding his/her right to remain in the U.S. unless: 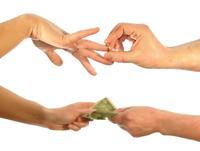 Some people enter sham marriages in attempt to procure spousal visas so they can live in the U.S.

Yes, but special rules apply. The petitioner's spouse will get permanent resident status on a conditional basis if they were married less than two (2) years by the time the spousal visa is issued...

In order to remove this conditional status, both the petitioner and spouse must submit UCSIC Form I-751--Petition to Remove the Conditions of Residence prior to the 90-day expiration date on the conditional resident card. Otherwise, the spouse will lose his/her resident status and could be removed from the U.S.7

Spouses of U.S. military members may be eligible not only for marriage visas but also for expedited naturalization as full-fledged U.S. citizens. Military spouses can be naturalized even if they live overseas. Learn more about naturalization.8 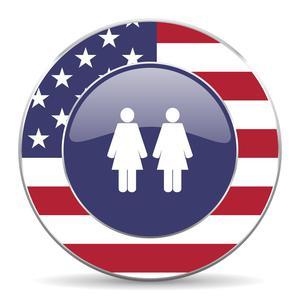 Gay spouses are equally as entitled to spousal visas as are straight spouses in Nevada.

Yes. Spousal visas are available to people in both gay or straight marriages. There is no additional application paperwork or different review standards. See our article on same-sex marriage visas.9

Yes, but only under the following conditions:

Note that it is not required that petitioners' spouses apply for a K-3 visa and live in the U.S. Foreigner spouses may wait abroad while the spousal visa application is processing.10

Yes. The denial letter will outline how and when to file an appeal to the Board of Immigration Appeals.11

Probably, but there are exceptions...

But if a spouse obtains permanent residency through a spousal visa and his/her children still do not have permanent residency, these children may still be able to obtain green cards themselves without filing separate I-130 applications. This is called "follow-to-join" benefits.12 Contact the National Visa Center (NVC) for more information at [email protected] or by mail to:

While an I-130 form is pending, children of non-citizen spouses may be able to reside in the U.S. under a K-4 visa. Learn more about K-4 visa applications. (For information on the children of fiancé(e)s immigrating to America, see our article on K-2 visas in Nevada.)

Note that in some circumstances, the Child Status Protection Act may allow children with pending visas to stay in the U.S. even if they turn 21 while the visa is pending.

13. Can my overseas fiancé(e) become a permanent resident?

See our article on Naturalization laws.14

If you are married to someone who is not a U.S. citizen, our experienced Las Vegas NV immigration attorneys may be able to pave his/her way to permanent residence. Applying for a spousal visa can be very confusing, but we make the process as quick and painless as possible. Please call us at 702-DEFENSE (702-333-3673) to schedule a consultation to discuss how we can fight to bring your spouse home to you.

Go to our Nevada visa law main page and our article on spousal visas in California?