Is shoving someone considered an assault in California? 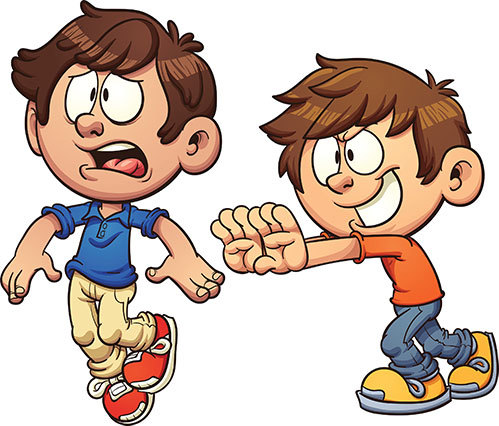 Shoving someone can be considered both:

California law says that an assault is an attempt to commit a violent injury on someone else. Shoving a person can definitely equate to trying to hurt another person.

Both simple assault and simple battery are charged as misdemeanors in California. Both are also punishable by up to six months in county jail.

What is simple assault under Penal Code 240?

Please note that with regards to the “use of force or violence,” any harmful or offensive touching is enough to give rise to an assault charge. The slightest touching will count if it is done in a rude or offensive manner.

A California assault can even occur if the touching involved did not or could not cause any sort of injury. It doesn't need to be direct either—it can be done indirectly by causing an object to touch the “victim.”

All of this means that a shove does not have to be hard to make it an assault. Further, an assault charge can arise even if a person went to shove another and he missed. The key is “the attempt” to use force or violence.

Penal Code 240 is charged as a misdemeanor under California law. The offense is punishable by:

What is a simple battery under Penal Code 242?

Penal Code 242 is the California statute governing the crime of battery. This statute says that a battery consists of any willful and unlawful use of force or violence on someone else.

The legal definition of battery merely requires that you make physical contact with another person—not that you cause any injury to him or her. In fact, the slightest touching can be a battery.

A battery also occurs even if the touching takes place:

Again, all of this means that a shove or push does not have to be hard to lead to a battery charge. In addition, the recipient of the shove doesn't even have to be injured in the act.

But do note that an actual touching has to take place. There can be no battery charge if a person went to shove another and he missed. An assault charge, though, could still be raised.

A violation of Penal Code 242 PC is charged as a misdemeanor under California law. The offense is punishable by:

What is the difference between assault and battery in California?

An assault doesn't necessarily involve any actual physical contact, whereas a battery does. Put another way, an assault is like an “attempted battery,” and a battery is like a “completed assault.”

Can an accused raise a legal defense if charged with an assault or battery?

A defendant can raise a legal defense to challenge any assault or battery charge. A defense can work to reduce, or even dismiss, a criminal charge. Note, though, that it is best to have an experienced criminal defense attorney raise a defense on a defendant's behalf.

As to assault, there are four common defenses that an accused can raise. These are that the defendant:

As to battery, there are four common defenses that an accused can raise. These are that the defendant: