Under former section 212(c) of the Immigration and Nationality Act (“INA”), immigrants who were found guilty of or pleaded guilty to serious crimes before 1997 may be eligible to apply for discretionary relief from inadmissibility or deportation.

To qualify, an immigrant must: 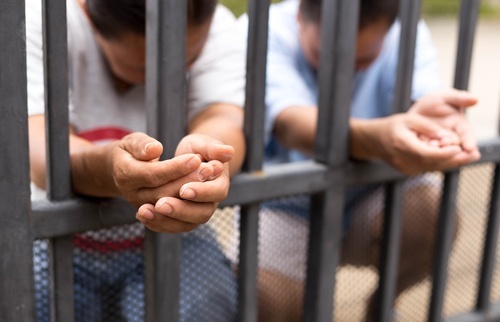 A 212 c waiver is discretionary relief from deportation under former section 212(c) of the Immigration and Nationality Act (“INA”).

It gives the Attorney General of the United States broad discretion to let an immigrant remain in the country even though the alien has committed a removable (deportable) offense or an “inadmissible” crime (one that bars lawful entry into the U.S.).

2. The background to this form of deportation relief

Former INA 212c was originally passed by Congress as part of the Immigration and Nationality Act of 1952. That law excluded several classes of aliens from admission into the United States, including those convicted of drug trafficking or a crime involving moral turpitude (“CIMT”).2

In 1988, Congress expanded the class of deportable aliens to include those with an aggravated felony conviction.3

However, the law also granted the Attorney General of the United States the discretion to waive the alien's inadmissibility if the alien had lived in the U.S. for seven consecutive years and left the U.S. voluntarily following a conviction.4

Then in 1996, Congress adopted § 440(d) of the Antiterrorism and Effective Death Penalty Act (“AEDPA”).6 The AEDPA made an alien convicted of any aggravated felony ineligible for discretionary relief from deportation.7

Finally, in 1996, Congress passed the Illegal Immigration Reform and Immigrant Responsibility Act (“IIRIRA”).8 This act repealed § 212(c) entirely and replaced it with “cancellation of removal.”9

Under cancellation of removal, relief from deportation is not available to an alien convicted of an aggravated felony regardless of the term of imprisonment imposed or served.10

Yes. The United States Supreme Court has held that an alien whose original conviction occurred before April 1, 1997, can still apply for INA 212(c) relief.11

In California, Nevada and other jurisdictions served by the federal Court of Appeals for the Ninth Circuit, the 212 c waiver process applies regardless of whether the alien pleaded guilty or was found guilty at trial.12

All that matters is that the conviction occurred before INA 212(c) was repealed and that the defendant has not served more than five years in prison.

But remember -- 212(c) waivers are discretionary. The immigration judge or Board of Immigration Appeals (BIA) adjudicator (as applicable) is not obligated to grant a waiver.

There is no fixed deadline for requesting a 212(c) waiver. Anyone with a conviction before April 1997 and a prior order of deportation can petition to reopen his or her case.

However, in deciding whether to grant the petition, an immigration judge or BIA adjudicator will look to see whether the alien has acted diligently. If the judge decides the alien unreasonably delayed seeking relief, it will most likely be denied.

Therefore, we recommend seeking 212 c relief as soon as possible (ideally within 90 days of a final removal order).

5. What are the eligibility requirements for a 212c waiver?

The specific eligibility requirements for a 212(c) waiver depend on the date of conviction.

In all cases, however, an alien is ineligible for a 212c waiver if:

To obtain 212c relief, those who pleaded guilty or were convicted of a deportable offense prior to April 24, 1996, must show that:

6. How does the immigration judge decide whether to grant my application?

212c waivers are not automatic. Immigration judges have considerable discretion whether to grant such relief.

In deciding whether to grant one, the judge will balance “positive” and “negative” factors.

Positive factors include (but are not limited to):

Negative factors can include (but are not limited to):

If an alien's 212 c waiver is granted, the alien will be able to keep his or her green card and stay in the United States as a lawful permanent resident.

8. Can I appeal if my request is denied?

Yes. But the denial of a waiver can be reversed for clear legal or factual errors only. It cannot be appealed simply because an appeals court might disagree with the IJ's or adjudicator's determination.

To apply for a 212c waiver, an alien should file Form I-191, Application for Relief Under Former Section 212(c) of the Immigration and Nationality Act (INA).13

The form should be filed with either the Immigration Court or the Board of Immigration Appeals (BIA), whichever last had the alien's case.

If you hire an attorney to help with your application (recommended) any lawyer fees will be additional.

Have you been ordered deported? Call us for help…

If you or someone you know has been ordered removed from the United States, we invite you to contact us for a free consultation.

There are numerous ways to fight deportation, from post-conviction relief to waivers and cancellation of removal.

Call us at (855) LAWFIRM to discuss your case with one of our Los Angeles, California immigration and criminal attorneys. Or complete the form on this page and a lawyer will contact you at a convenient time.