Penal Code 148.5 PC is the California statute that makes it illegal to make a false police report of a crime. The report could be of a misdemeanor or a felony offense. False reporting is only a crime if the person making the report knows it to be false.

Several criminal defense strategies can be employed to attack the charges in court. Common defenses include showing that the defendant:

A violation of this law is a misdemeanor. The offense is punishable by: 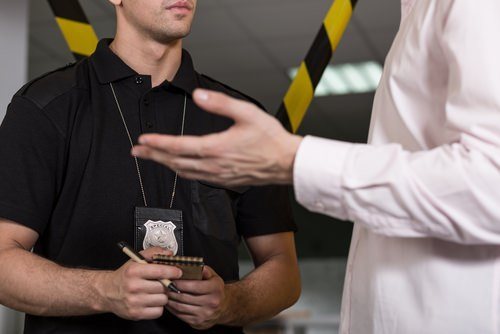 Penal Code 148.5 is the statute that makes it a crime for a person to make a false report of a crime.

1. When is it a crime to make a false police report in California?

“Authority” under this statute means a:

Note that this law applies to when a person contacts the police and makes a false report. It also applies when:

Example: Colleen sees her brother in a fist fight with a neighbor. Her brother started it by just going up to the kid (Billy) and punching him. Someone in the neighborhood calls the police. The cops ask Colleen for a statement and she says, “Billy started it. He just started hitting and kicking my brother.”

Here, Colleen is guilty under PC 148.5. This is true even though she was not the first party to report the fight. She reported false information to the police about a criminal matter.

2. What are the best criminal defense strategies?

A defendant can try to beat a charge under this statute with a good legal defense.

2.1. Good faith belief that the report is true

This statute only applies when the person making a report knows it to be false. It is always a defense if the accused had a good faith belief that a report was true, even if that belief turns out to be a mistake.

2.2. Report not made to “authorities”

A person is only guilty under these laws if he made a false report to some type of authoritative figure, such as a police officer. This means it is a defense for a defendant to say he did not make a report to the “authorities.” Perhaps, for example, the accused just lied to store security that he had witnessed a person shoplifting.

Unfortunately, people get falsely accused of this crime on numerous occasions. Neighbors, ex-friends, and others, make up stories about a defendant making a false report. The defense is always available, then, that the accused was unjustly blamed.

4. Does this offense give a person a criminal record?

There are three crimes related to making a false report of a crime. These are:

Penal Code 148.3 PC is the California law making it a crime to falsely report an emergency.

An "emergency" is any condition that might (or does) trigger:

Penal Code 148.4 PC is the California law making it a crime to make false reports of a fire.

To learn of similar laws in Nevada and Colorado, please see our articles on: