California Health and Safety Code 12085 HS makes it a crime for any person to make, possess, or transport an explosive. Some exceptions to this general rule, though, are provided for under city and county ordinances.

Examples of violations under HS 12085 include:

Luckily, there are several legal defenses that a person can raise if accused of a crime under Health and Safety Code 12085. These include showing that an accused party:

A violation of California Health and Safety Code 12085 is charged as a misdemeanor, as opposed to a California felony or an infraction. 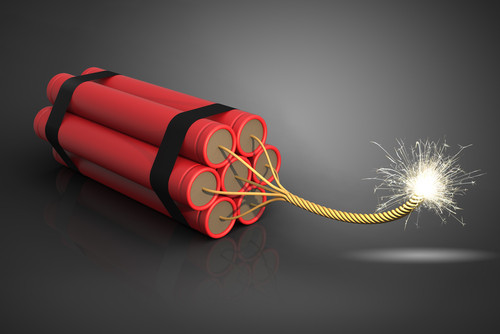 California Health and Safety Code 12085 HS makes it a crime for any person to make, possess, or transport an explosive.

1. The Legal Definition of Making, Possessing, or Transporting an Explosive

No person shall make, possess, or transport any explosive…1

Under California law, an “explosive” is any substance, or combination of substances, that are primarily used for detonation or rapid combustion.2

Some examples of an explosive include:

Please note that there is an exception under HS 12085 that makes it permissible for one to make, possess, or transport an explosive. A person may legally perform one of these acts if it is authorized under a city and/or county ordinance.4

For example, Rob works near the Snow Summit Ski Resort. He works on a crew that is responsible for avalanche control. One of his duties is to possess dynamite and use it to ward off excessive snow accumulations. A local ordinance authorizes the possession, use, and transportation of dynamite for this purpose. Rob is not guilty under HS 12085 if he handles and uses dynamite.

A person accused under HS 12085 can challenge the accusation by raising a legal defense. A good defense can often get a charge reduced or even dismissed. Please note, though, that it is critical for an accused to hire an attorney to get the most effective defense.

Three common defenses to accusations under HS 12085 are:

Recall that California law provides a specific definition for “explosive.” And, any object used in a HS 12085 crime has to meet this definition, Therefor, it is a perfectly valid defense for an accused to show that the object he made, possessed, or transported (maybe, for example, a party popper) did not fall under the definition of “explosive.”

2.2. Protected Act Under an Ordinance

As discussed above, a person can make, possess, and transport an explosive if that act is authorized under a city and/or county ordinance. This means a person cannot be charged under Health and Safety Code 12085 if:

This line of defense tries to exclude evidence that is being used against a defendant for a HS 12085 violation.

If a person was stopped or arrested without probable cause, then any evidence obtained following the improper stop/arrest could get excluded from the case. This exclusion could result in the dismissal or reduction in charges.

Under Health and Safety Code 12085 HS, the making, possessing, or transporting of an explosive is a misdemeanor offense.

There are three crimes related to HS 12085 crimes. These are:

California Health and Safety Code sections 12500-12728 are the State's laws against illegal fireworks.

"Dangerous" fireworks include large items such as rockets and sparklers bigger than ten inches in length or one-quarter inch in diameter.

"Safe and sane" fireworks include small items such as fountains, spinners, and snap caps.

Dangerous fireworks are always illegal in California except when used by someone with a special display license.7

Subject to local restrictions, safe and sane fireworks may be sold, purchased, and used by the general public. But only licensed retailers can sell them, and they can do so only from June 28 to July 6 each year.8

Most violations of California's fireworks laws are misdemeanors. Penalties can include:

But possession of large quantities of dangerous fireworks can be charged as a California felony. Punishment for a felony fireworks violation can include:

To be convicted under Penal Code 18710, a person must possess a destructive device and know that:

Possession under PC 18710 is a “wobbler” offense, meaning that it can be charged as either a California misdemeanor or a felony.

Misdemeanor penalties for possession include:

The felony penalties for possession include:

Possessing the materials necessary to make a destructive device is a serious California felony under Penal Code 18720 PC.

A prosecutor must prove two elements to show that a person is guilty under PC 18720. These are that:

Possession of materials for making explosives or a destructive device is a California felony.16

The potential penalties are:

Were you accused of making, possessing, or transporting an explosive in California? Call us for help…

If you or someone you know has been accused of violating California Health and Safety Code 12085 HS we invite you to contact us for a free consultation. We can be reached 24/7 at 855-LAWFIRM. (For similar accusations in Colorado, please visit our article on Possession of Explosives, Chemical, Biological, or Radiological Weapons (Colorado 18-12-109 C.R.S.))