California criminal defense attorney Neil Shouse explains California’s castle doctrine laws, and what it means for someone who is defending their home from an unwelcome criminal. The “castle doctrine” gives someone special rights to use force, all the way up to deadly force, against a home invader. California law does follow the castle doctrine, thus enabling someone to fight off a home invader, even if that person defending their home had an opportunity to retreat. The castle doctrine basically gives someone the right to stay in their home and use whatever means necessary to force a home invader to leave, or defend themselves against an attack. Thus you have no duty to leave your house and call 911, even if the opportunity presents itself. However, the use of force must be necessary, and reasonable under the circumstances. Although the castle doctrine gives someone special protection when defending their home, it is not a free pass to hurt or kill a home intruder who is not attempting to harm you, and is trying to flee and get away. More info at https://www.shouselaw.com/does-california-follow-the-castle-doctrine or call (888) 327-4652 for a free consultation. If you or a loved one is charged with a crime we invite you to contact us at Shouse Law Group. We can provide a free consultation in office or by phone. We have local offices in Los Angeles, the San Fernando Valley, Pasadena, Long Beach, Orange County, Ventura, San Bernardino, Rancho Cucamonga, Riverside, San Diego, Sacramento, Oakland, San Francisco, San Jose and throughout California.

Yes. Under Penal Code 198.5, California follows the Castle doctrine, meaning there is no duty to retreat if a resident confronts an intruder inside the home. Residents are permitted to use force against intruders who break into their homes, or try to force their way in.

In California, there is a legal presumption that the resident reasonably feared imminent death or great bodily harm to themselves, or a member of the household, if:

A legal presumption means the prosecutor in a case must prove that the resident did not have a reasonable fear of imminent death or injury when he or she used force against the intruder. It basically gives the benefit of the doubt in such cases to the resident.

The public policy behind this law is that the very act of forcible entry entails a threat to the life and limb of the residents. See People v. Silvey (1997) 58 Cal. App. 4th 1320.

Great bodily injury means significant or substantial physical injury. It is an injury that is greater than minor or moderate harm.

Please note that if any of the requirements are not met a person will be unable to invoke this doctrine. 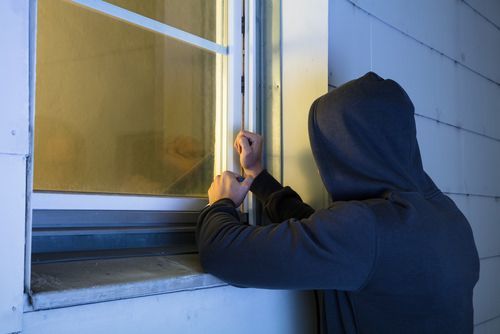 Does California's “Castle Doctrine” always apply if someone is in their home?

Here's an example where a California homeowner tried unsuccessfully to invoke the Castle Doctrine:

During an argument, a handyman stepped onto a large front porch with a raised hammer. The homeowner shot him in the leg from inside the house. The judge ruled it was not a “Castle Doctrine” case because stepping onto the porch was not an entry into the residence, and a reasonable person would expect people to come onto the unenclosed front porch. See People v. Brown (1992) 6 Cal. App. 4th 1489.

Please note that other self-defense laws may have applied in this case.

Does a person have to retreat in California if they are outside their residence but still on their property?

No. Although the Castle doctrine under PC section 198.5 applies only inside a person's home, there are additional self-defense principles that apply in and out of the residence.

A person is not required to retreat in California. He or she is entitled to stand his (her) ground and defend with force if reasonably necessary, or even to pursue an assailant until the danger of death or bodily injury has passed.

Under California jury instructions 505 and 506, an accused is not guilty of using deadly force if he or she was defending themselves or another person. This applies both inside and outside the residence. The actions would be justified, and therefore not unlawful, if:

What is the difference between the Castle Doctrine and Stand Your Ground?

The “Castle Doctrine“ only applies in a person's residence or place of abode.

In California, stand your ground (no duty to retreat) is a defense principle that can be asserted by someone who used reasonably necessary force inside or outside a residence.

Are there legal defenses if a California resident uses deadly force against a violent intruder?

Yes. Depending on the circumstances, a California homeowner could claim: