Penal Code 403 PC is the California statute that defines the crime commonly known as "disturbing a public meeting." This section states that

"Every person who, without authority of law, willfully disturbs or breaks up any assembly or meeting that is not unlawful in its character...is guilty of a misdemeanor."

Here are examples of "disturbing a meeting" that would likely be prosecuted: 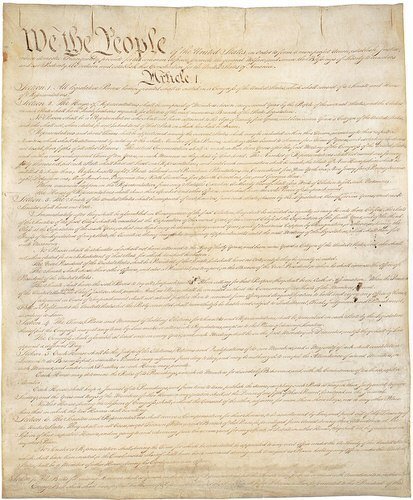 What About Freedom of Speech?

What About Freedom of Speech?

Penal Code 403 has the potential to infringe on peoples' First Amendment right to freedom of speech and freedom to assemble peacefully. It also gives law enforcement enormous power and discretion to decide that certain forms of protest are illegal.

Therefore courts have said that it's only the crime of disturbing a meeting if the defendant deliberately and substantially impairs the function of the meeting. Also, the nature of the disturbance must be in the defendant's behavior, not his message.

Whether it's a crime or a permissible exercise of free speech depends on what is customary for the type of meeting in question. As the California Supreme Court explained:

In applying these standards, the nature of a meeting necessarily plays a major role....The customs and usages at political conventions may countenance prolonged, raucous, boisterous demonstrations as an accepted element of the meeting process; similar behavior would violate the customs and usages of a church service. Audience participation may be enthusiastically welcomed at a bonfire football rally or an athletic contest, but considered taboo at a solemn ceremony of a fraternal order. Explicit rules governing the time and place of permitted nonviolent expressions...may in some circumstances fix the limits of permissible conduct.1

The California Jury Instruction lays out what the three things the prosecution must prove if a case goes to trial:

The defendant is charged [in Count ] with (disturbing/ [or] breaking up) a public meeting.

To prove that the defendant is guilty of this crime, the People must prove that:

1 The defendant intentionally committed acts that violated (implicit customs or usages of/ [or] explicit rules for governing) a public meeting;

2 The defendant knew or reasonably should have known that (his/her) acts violated those (customs[,]/ [or] usages[,]/ [or] rules);

3 The defendant's acts substantially [and unlawfully] interfered with the conduct of the meeting.

You may not find the defendant guilty of this crime unless you find that the defendant's acts themselves, not the message or expressive content of the acts, substantially interfered with the conduct of the meeting.

[When deciding whether the defendant knew or reasonably should have known that (his/her) acts violated the (implicit customs or usages of/ [or] explicit rules for governing) the meeting, you may consider whether someone warned or requested the defendant to stop (his/her) activities.] 2

Penal Code 403 is a misdemeanor. As such, it carries a maximum sentence of up to six months in the county jail. However, judges have the discretion to grant summary (misdemeanor) probation with little or no actual jail time. The exact sentence in a given case depends on the circumstances of the offense and the defendant's prior criminal record, if any.

If you or loved one is charged with Penal Code 403 PC disturbing a meeting and you are looking to hire a California criminal defense attorney for representation, we invite you to contact us at Shouse Law Group. We can provide a free consultation in office or by phone. We have local offices in Los Angeles, the San Fernando Valley, Pasadena, Long Beach, Orange County, Ventura, San Bernardino, Rancho Cucamonga, Riverside, San Diego, Sacramento, Oakland, San Francisco, San Jose and throughout California. We also invite you to watch our video on Penal Code 403: Disturbing a Meeting.

If you're facing charges in Nevada, please visit our page on Nevada Law re Disturbing a Meeting.

3 See California Penal Code 302 "(a) Every person who intentionally disturbs or disquiets any assemblage of people met for religious worship at a tax-exempt place of worship, by profane discourse, rude or indecent behavior, or by any unnecessary noise, either within the place where the meeting is held, or so near it as to disturb the order and solemnity of the meeting, is guilty of a misdemeanor punishable by a fine not exceeding one thousand dollars ($1,000), or by imprisonment in a county jail for a period not exceeding one year, or by both that fine and imprisonment."