This section is a harsh law because it makes it a crime simply to possess one of these devices—you don't need to have had any intention to explode the device or use it in any way.4

However, to be guilty of the California crime of possessing a bomb or other explosive device, you do need to have known both

Penal Code 18710 PC possession of explosives is a “wobbler” in California law. This means that it may be prosecuted as either a misdemeanor or a felony, depending on

Misdemeanor penalties for possession of a bomb/destructive device could include up to one (1) year in county jail and/or a fine of up to one thousand dollars ($1,000).9

There are several legal defenses you can use to help your case.

In order to help you understand the crime of possessing explosives or a destructive device in California, our California criminal defense attorneys will address the following:

If after reading this article, you have additional questions, we invite you to contact us at Shouse Law Group.

1. The Legal Definition of Possessing Destructive Devices or Explosives 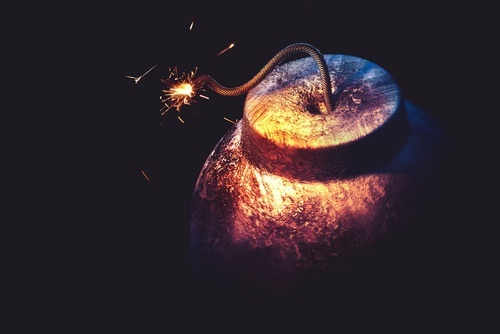 Penal Code 18710 PC makes it a crime to possess a “destructive device.”

In order for you to be guilty of Penal Code 18710 PC, California's law against possessing destructive devices, the prosecutor must prove the following facts (known as “elements of the crime”):

Taken together, these three elements make up the legal definition of possession of a bomb or other destructive device.

Under California law, “possession” of a destructive device can occur in two ways:

Actual possession is when you have the bomb or other device in your physical possession.13

Constructive possession, on the other hand, is when you have control over the device without actually having possession or custody of it.14

Example: Olaf is arrested while carrying a Molotov cocktail. The police then get a California search warrant for his home and find several hand grenades in his garage.

It is possible for more than one person to possess the same device.15 This issue is likely to come up with constructive possession cases.

Example: Olaf has a roommate named Anna. After he is arrested, he tells the police that he and Anna paid for the hand grenades together and consider themselves to both own them.

It is perfectly possible for the prosecutor to charge both Olaf and Anna with constructive possession of the hand grenades.

Note that this section is often charged together with Health & Safety Code 12085, which makes it a crime to make or possess explosives.

1.2. Of a destructive device 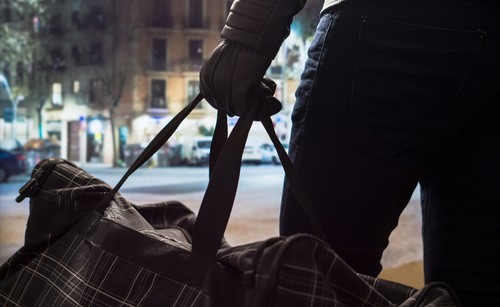 California law defines a “destructive device” as any of the following:

But “destructive devices” do not include bullets that contain or carry explosive materials.17

You are not guilty of Penal Code 18710 PC (formerly Penal Code 12303 PC) possession of a bomb or other destructive device unless you knew both:

Example: When Will's father dies, Will inherits his house and all his possessions. He moves into the house but doesn't have the time to sort through all the things in the attic.

It turns out that Will's late father collected weapons and owned several illegal rocket launchers, which are in the attic of the house Will owns and are now Will's.

But because Will does not know that he possesses these devices, he is not criminally liable under Penal Code 18710 PC.

Example: Tanya's boyfriend Frank gives her several hand grenades and asks her to keep them for him for a while. He tells her that they are just replicas and that he doesn't have space for them in his apartment. 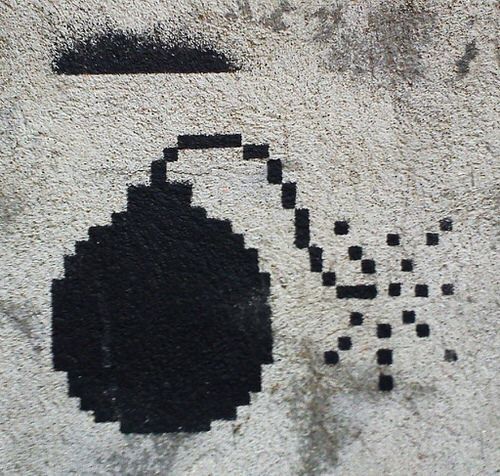 Penal Code 18710 PC (formerly Penal Code 12303 PC) possessing a destructive device is what is known as a “wobbler.” This means that it may be prosecuted and punished as either a misdemeanor or a felony, depending on

Unlike with many California crimes, if you are convicted of possessing explosives or a destructive device, the judge may not sentence you to California probation instead of jail or prison.22

In addition, a conviction for this offense will likely result in the destructive device being confiscated and destroyed.23

Penal Code 18715 PC provides for enhanced penalties if you possess an explosive device recklessly or maliciously, in one of the following locations:

If you are prosecuted under Penal Code 18715 PC because the prosecutor thinks they can prove your possession was reckless or malicious —then you will face felony penalties of two (2), four (4), or six (6) years in prison.25

Finally, if you are not a United States citizen, you could face deportation proceedings if you are convicted under Penal Code 18710 PC – because possession of a destructive device is a deportable crime.26

If you are arrested for possession of a bomb/destructive advice, an experienced criminal defense lawyer can help you assert one or more legal defenses that could get your charges reduced or dismissed—or help get you acquitted.

You have a valid permit to possess the device

California law does allow you to possess otherwise illegal destructive devices if you have a permit to do so. These permits are issued by the California Department of Justice.27

Having a valid permit to possess explosives is what is known as an “affirmative defense” to the crime. This means that you bear the burden of producing evidence at your trial to show that you actually had a valid permit.28

The item doesn't qualify as a “destructive device”

It is possible that the explosive device you are accused of possessing doesn't actually meet the legal definition of a destructive device.

“The legal definition of a “destructive device” is complicated. Most cops and prosecutors aren't experts on sophisticated weaponry, and they sometimes mistakenly charge people with Penal Code 18710 PC when what they had wasn't a destructive device at all. If your attorney understands the legal and technical nuances of this offense, then you can fight the charges on these grounds.”

You are exempt from prosecution 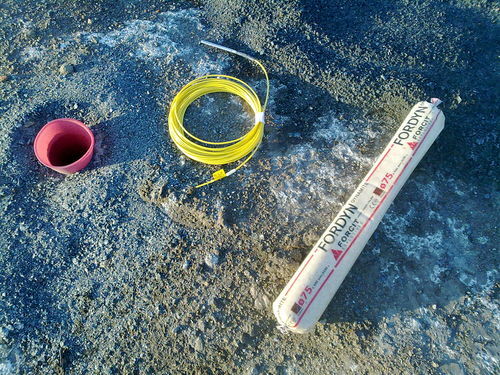 The following categories of individuals are exempt from prosecution under Penal Code 18710 PC:

If you are in any of these exempt categories, the charges against you should be dismissed.

You were falsely accused/wrongly arrested

People falsely accuse each other of crimes for a variety of reasons—one of the main ones being to escape liability for their own criminal actions.

Unfortunately, it is relatively easy to “frame” someone else for a crime that consists only of possession—for example, by depositing the forbidden item in their house or car without their knowledge.

If this happens to you, you will absolutely want to work with a criminal defense attorney to gather and present all the facts that could help exonerate you.

Even if you are technically guilty of possessing explosives, if we can prove that the police discovered the device during an illegal search or seizure, the judge may have to dismiss the charges.

Law enforcement can only arrest you for possession of an illegal item when they have:

If the search or seizure that uncovered the illegal explosive device was illegal, then your attorney can file a Penal Code 1538.5 PC motion to suppress evidence—and get any evidence yielded by that search thrown out of court.

The California Penal Code contains a number of closely related offenses to Penal Code 18710 PC (formerly Penal Code 12303 PC) possession of a bomb/destructive device. Some of these are:

If—instead of just possessing a bomb or destructive device—you sell or transport one, then you will be charged with a felony under Penal Code 18730 PC, and may face two (2), three (3), or four (4) years in prison.34

Penal Code 18740 PC criminalizes possessing, exploding, or igniting a destructive device with the intent to either

another person. The jail term for this felony ranges from three (3) to seven (7) years.35

Similarly, if you ignite or explode a destructive device with the intent to commit California murder, then you will be charged with a felony under Penal Code 18745 PC and—if found guilty—would face life in prison without the possibility of parole.36

If you willfully and maliciously (not through mere negligence) explode or ignite a destructive device or other explosive, and you actually cause injury or death, you face even harsher penalties under Penal Code 18750 and 18755 PC.

Specifically, if you explode a device and cause injury to another person, you may be imprisoned for five (5), seven (7), or nine (9) years.37

If you willfully and maliciously explode a device and cause great bodily injury (GBI) or mayhem, you will be imprisoned in the state prison for life. And if the result is someone's death, you face life without the possibility of parole.38

If you enter a building intending to commit a crime and then use explosives (or a torch) to open a safe or vault, you can be charged with the crime of Penal Code 464 PC burglary with explosives.39

You are guilty of burglary with explosives (also known as burglary of a safe or vault) even if you didn't succeed in opening the safe. This felony form of burglary carries a county jail sentence of three (3), five (5) or seven (7) years.40

Call Us for Help…

If you or loved one is charged with Penal Code 18710 PC destructive devices and you are looking to hire an attorney for representation, we invite you to contact us at Shouse Law Group. We can provide a free consultation in office or by phone. We have local offices in Los Angeles, the San Fernando Valley, Pasadena, Long Beach, Orange County, Ventura, San Bernardino, Rancho Cucamonga, Riverside, San Diego, Sacramento, Oakland, San Francisco, San Jose and throughout California.