Under CRS 18-8-208, it is a crime in Colorado for a prisoner to escape (or for anyone to aid a prisoner in escaping) from a jail, prison or other penal institution. Escaping from custody on a felony charge is a felony, and escape from custody on misdemeanor charges is a misdemeanor. In most cases, the term of imprisonment will run consecutively to any sentence the defendant was serving at the time of the escape. 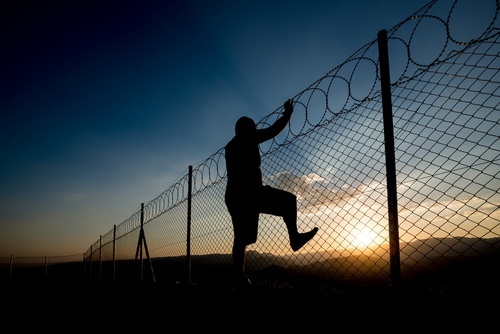 Escape is a crime that is committed by “knowingly” escaping from custody or confinement.

1. What is escape under Colorado law?

Escaping also comprises “walking away” from a work-release facility or a residential or non-residential community corrections facility.2

Like all crimes, escape consists of elements that prosecutors have the burden to prove should the case go to trial. These elements are:

Note that escape is a general intent crime, not a specific intent crime. This means people can be convicted of escape even if they did not necessarily mean to end up free from incarceration. Merely acting in a way that departs from how an inmate should not necessarily be treated as escape.4

Example: Mitch is an inmate being transported to court in a police car. The police officer who is driving insults Mitch. Angry, Mitch kicks the officer. This causes the driver to pass out and crash the car, resulting in Mitch being ejected. Here, Mitch could face escape charges even though escaping was not his intent when punching the officer.

2. What is aiding escape?

Any person who knowingly aids, abets, or assists another person to escape from custody or confinement commits the offense of aiding escape.

3. What are the penalties for escape and aiding escape?

Note that the jail or prison sentence for an escape usually runs consecutively with any other criminal sentence the defendant was currently serving.

Example: Jenny just started a year-long prison sentence and escapes. Eventually Jenny gets caught, is convicted of escape, and is sentenced to four years. Therefore, Jenny will end up serving five years in prison. One for the original crime, and four for the escape.

The only time an escape sentence may run concurrently with any underlying sentence is if the defendant either:

In these two situations, the judge has the discretion to run the sentences one after each other or at the same time.7

4. What are the defenses to escape charges?

There are a number of defenses available to escape charges. Defenses include:

Duress and “choice of evils” are two affirmative defenses available to criminal escape charges. This means that the defendant did escape from police custody, but they had a justification for doing so.

A person may not be convicted of aiding escape if they were acting at the direction of another person because of the use or threat of force. The force or threat of force must be such that a reasonable person in the same situation would be unable to resist.10

Escape is justifiable and not criminal when it is necessary as an emergency measure to avoid imminent injury by reason of a situation occasioned through no conduct of the actor. The “choice of evils” must be of sufficient gravity according to ordinary standards of intelligence and morality.11

Giving assistance of any kind to someone who is suspected of a crime or has committed a crime is being an accessory. Penalties depend on the underlying crime.

Knowingly attempting to escape from prison or jail is a crime in Colorado. The penalties for attempted escape depend on the crime for which you were incarcerated. Attempted escape will generally result in mandatory prison time.12

Resisting arrest or attempting to prevent a peace officer from effecting an arrest is a misdemeanor in Colorado. The penalties for resisting arrest by a law enforcement officer include up to 120 days in jail and/or up to $750.

Inmates found in possession of weapons or other prohibited items face charges for possession of contraband. Possession of a deadly weapon is a felony, carrying up to 6 years in prison and a fine of up to $500,000.

Other related crimes not listed above include:

Our DUI and criminal law firm assists clients throughout the state of Colorado, including Denver, Greeley, Colorado Springs, Adams County, and more. We provide legal advice, and we offer payment plans during the coronavirus pandemic. You can fill out our contact form or place a phone call to our law offices. We appear in state and U.S. district courts throughout the state.