Possession of contraband by an inmate is a separate but related crime under C.R.S. 18-8-204.1. 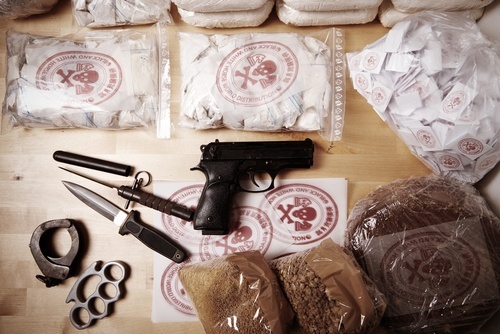 1. What is introducing contraband?

Jail, prison, and other detention facilities have a number of restrictions on what inmates are allowed to possess. Bringing in prohibited materials to a detention facility is the criminal offense of introducing contraband.1

Inmates who make or possess any contraband are also guilty of a criminal offense.

Contraband is dangerous instruments that are prohibited for inmates to have in their possession or for visitors to introduce into the detention facility. 3 Dangerous instruments include any device, material, or substance which is capable of causing or inducing fear of death or bodily injury. This includes:

Contraband in the first degree generally involves materials that can harm the inmate, other inmates, or security personnel. Introducing contraband in the second degree includes a number of common items, such as:

3. What are the penalties for introducing contraband?

The penalties for introducing contraband in the first degree include 2 to 6 years in prison and a fine of up to $500,000. There is also a mandatory parole period of 3 years.

Introducing any other contraband is a class 6 felony or a class 2 misdemeanor.7 Class 6 felonies carry 12 to 18 months in prison and a fine of up to $100,000. There is also a mandatory parole period of one year. Class 2 misdemeanors carry up to 120 days in jail and/or up to $750.

Knowingly attempting to escape from prison or jail is a crime in Colorado. The penalties for attempted escape from custody depend on the crime for which you were incarcerated. Attempted escape will generally result in mandatory prison time.

If you or a loved one is arrested for introducing contraband into jail, please contact us at Colorado Legal Defense Group.