California’s Good Samaritan law is found in Health and Safety Code 1799.102 HS. The law shields people from civil liability when they act in good faith, not seeking compensation, to render emergency medical or non-medical care at the scene of an emergency.

Please note that civil damages under this law include both:

The protection against civil liability extended under the GSL does not include instances of gross negligence and willful or wanton misconduct.

Please note that HSC 1799.102 originally only applied to “medical care,” but with the passage of Assembly Bill 83 in 2009, it now applies to “nonmedical care” as well.

Also note that the GSL is silent on criminal liability, which means a “good Samaritan” could technically face criminal charges if he or she commits a crime in the provision of emergency care. Charges could include:

In contrast, criminal liability is extended (in some situations) to persons in possession of drugs, or using drugs, if they seek medical help if another person is experiencing a drug-related overdose. 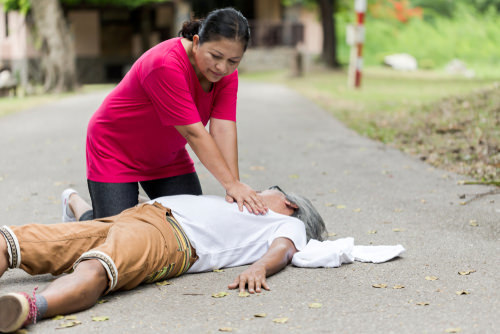 1. What is California’s good Samaritan law?

Under HSC 1799.102, the GSL states that a person cannot be liable for any civil damages that result from his or her providing of emergency care, if:

Note that “the scene of an emergency” does not include emergency departments and other places where medical care is usually provided.2

The GSL is designed to protect “good Samaritans” that help at the scene of an accident or emergency, but perhaps are not as qualified in giving care as trained medical personnel. The law also encourages people and bystanders to volunteer in emergency situations, even without compensation.3

2. What are civil damages?

Civil damages, in the context of a civil lawsuit, refer to the damages (or lump of money) a plaintiff may recover for any injuries incurred.

These damages include both:

In California, compensatory damages for an accident or injury fall into two basic categories:

California Civil Code § 3294 permits a plaintiff to be awarded “punitive” damages in a personal injury case.

Unlike compensatory damages, punitive damages are based not on the plaintiff’s losses, but on:

They are granted to punish a defendant in cases of intentional harm or extreme recklessness.

3. What about gross negligence and willful misconduct?

The protection extended under the GSL does not include instances of gross negligence or willful or wanton misconduct.

HSC 1799.102(b)(2) specifically states that protection from civil liability does not apply when damages result from:

“an act or omission constituting gross negligence or willful or wanton misconduct.”4

In contrast, willful or wanton misconduct is an aggravated form of negligence. It refers to conduct that is committed with: 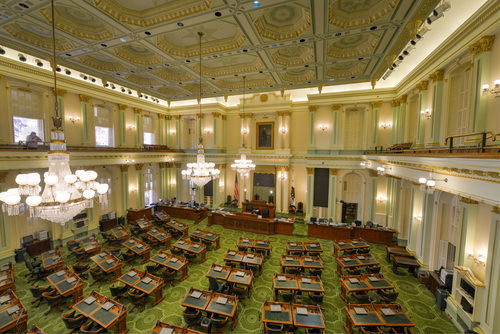 AB 83, passed into law in 2009, protects both “medical and nonmedical care.” The intent of the legislature was to make the law more fair.

Prior to Assembly Bill 83, the GSL only protected a person from civil liability if he or she rendered “medical care” at the scene of an emergency. AB 83, passed into law in 2009, changed this by protecting both “medical and nonmedical care.”

The bill came after an actual good Samaritan case, in which a witness of a car accident pulled a person from a car that was likely to catch on fire. The person pulled from the auto sustained injuries and later sued the “good Samaritan.”

In the suit, the court ruled in favor of the plaintiff because the law did not include “nonmedical care.” Given the sense of unfairness within this outcome – that good Samaritans could be liable for helping accident victims – the GSL law was amended to its current form.

Good Samaritan California law is silent on criminal liability. This means that a person could technically face criminal charges if he or she commits a crime in the commission of emergency care.

Consider, for example, a person rescues a driver from a car accident. In the course of the rescue, the “good Samaritan” injures the driver’s leg while dragging him from the car. The rescuer stabilizes the driver with first aid and calls 9-1-1. He then takes the driver’s wallet and runs off.

Under Health and Safety Code 1799.102, the driver / injured victim could not sue the rescuer for his leg injuries. However, authorities could still arrest the rescuer for theft.

6. What about helping someone in a drug overdose case?

Under California Health and Safety Code 11376.5, a person will not be charged with drug possession or use crimes if that person:

This law was designed to encourage a witness of a drug-related overdose to:

Note that HSC 11376.5 does not protect a person from the following crimes:

Call our law firm for help. We offer free consultations and legal advice. We are based in Los Angeles but have law offices throughout the state.

In Nevada? See our article about Nevada Good Samaritan Laws.

While some California cities or counties may have breed-specific ordinances regarding some canines, there are no special state laws that single out Pit Bulls. State laws do, however, place special rules and restrictions on “potentially dangerous” or “vicious” dogs. For example, California law says that such dogs must be licensed and vaccinated. In addition, when ...

What is "res ipsa loquitor"?Watch this video on YouTube This month we are looking at Latin legal phrases that sound complicated but actually represent simple concepts. One of our favorites is “res ipsa loquitur,” which means “the thing (or matter) speaks for itself.” Pronounced RACE IP-sa LOCK-wit-tour, the doctrine is used to prove negligence with ...