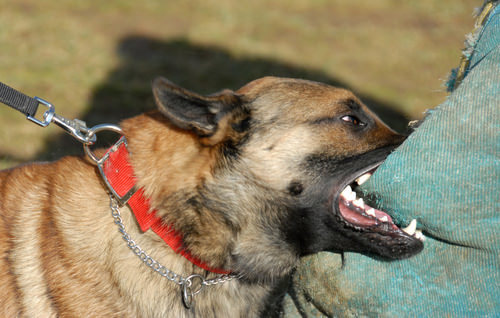 A dog that has bitten a person, and has rabies, may be euthanized

1. When are dogs euthanized after biting someone in California?

A dog that has bitten a person in California may be euthanized in 3 circumstances:

Euthanasia is not an option if the dog bites another dog.

Dogs that are found to have rabies are euthanized in California. No hearing is required before the dog is put down.

If the dog shows symptoms of rabies during the quarantine and a veterinarian confirms it is rabid, the dog will be euthanized without a hearing. This is done to protect the public from a rabid dog. Rabies is a serious and life-threatening disease.

If the dog does not show signs of rabies during the quarantine, it is released back to its owners.

1.2. Dogs that have bitten at least 2 people

A dog that has bitten at least 2 people can be euthanized after a court hearing.2

These 2 bites must have happened in separate incidents. If a victim was bitten more than once in a single attack, it only counts as a single bite.

Bites do not count towards this 2-bite limit if: 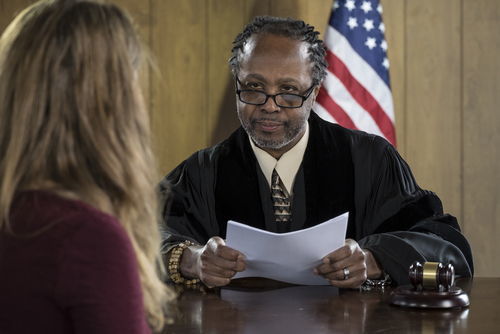 Before a dog can be euthanized, there must be a hearing.

2. What is the hearing process before a dog can be euthanized?

Before most dogs can be euthanized for biting someone, there has to be a hearing. This hearing is to decide whether the dog is a threat to public safety. The dog owner’s due process rights make them entitled to this hearing and a notice that it is happening.5

2.1. How is the hearing process initiated?

After a dog bite, anyone can initiate the hearing process, including:

They can file a complaint with the local animal shelter or animal control office. That complaint argues that the dog is dangerous and is a threat to the public.

2.2. Who conducts the hearing?

2.3. How is the dog owner notified of the hearing?

Dog owners are entitled to receive notice that the hearing is happening based on local regulations. In Los Angeles County, for example, they need to receive written notice at least 10 days prior to the hearing. That notice has to state when, where, and why the hearing will be held.7

At the hearing, evidence will be presented that the dog is a danger to the public. The dog owner will have an opportunity to defend their pet. They can argue that their dog is not a threat to the public. Witnesses can be called about the dog’s temperament.

Evidence that a dog is, or is not, a threat to the public can include:

It is often up to animal control or the person filing the complaint to prove that the dog is dangerous and should be euthanized. They are often allowed to prove this by a preponderance of the evidence, rather than beyond a reasonable doubt.9

2.5. What are the possible outcomes at the hearing?

Based on whether the hearing decides the dog is a threat to the public, the hearing can end with the following outcomes:

Dog owners are entitled to appeal the decision of the hearing. Who hears the appeal depends on local ordinances. In Los Angeles County, for example, appeals go to the Board of Commissioners.11

Appealing the outcome of the hearing often has to be done quickly. In Los Angeles, the appeal has to be filed or postmarked no later than 15 days after the decision is served on the owner.12

The euthanasia hearing can determine the fate of a dog. Contact our California dog bite attorneys to help you present your case at the hearing.

The Relationship Between California Identity Theft and Using Another Person’s I.D. Card

Identity theft is a rising crime, not only in California but across the nation. As a result, police and prosecuting agencies are quick to arrest and prosecute individuals suspected of this offense. But identity theft encompasses a variety of conduct, not all of which should necessarily subject an offender to this serious type of fraud ...

The “Ambien Defense” – Can it get a DUI charge dismissed?

The Ambien defense is a legal defense to charges of driving under the influence of drugs (DUID). The defense is largely based on the fact that some prescription drugs and sleeping medications (such as Ambien) can put a person in a trance similar to sleepwalking. When this happens and a person is driving it is ...

Is there such a thing as aiding and abetting a DUI?

5 key things to know about California’s payroll laws are that they apply to all non-exempt workers, forbid work off the clock, require meal or rest breaks, set the minimum wage, and make employers pay most discharged workers at the time of termination. Together, these laws are very friendly for workers. Violations can lead to ...