For example, damages in a case against your employer for breach of implied contract will be somewhat different from those in a public policy wrongful termination case.1

Below, our California employment law attorneys address the following topics:

The most basic form of damages in California wrongful termination cases is compensatory damages for lost wages and benefits.

In almost all cases where an employee is able to convince a jury that s/he was wrongfully terminated or experienced wrongful constructive termination, s/he should be able to recover some amount for lost wages and benefits.

Damages for lost wages and employment benefits are calculated as follows:

The second item on this list–future lost wages and benefits–can be challenging to calculate because there is no way to know with certainty how long an employee would have kept working for an employer if s/he had not been wrongfully terminated. But factors that can be used to guess at this include:

Example: Tracey is a teacher at a private school. After several decades at the school, and as she is approaching retirement age, she is suddenly fired for no reason.

Tracey contacts an employment lawyer who helps her sue for wrongful termination. A jury finds that Tracey and the school had an implied contract for Tracey’s continued employment.

The jury awards Tracey the value of pay and benefits for the period since her wrongful termination. Tracey is about three years younger than the average retirement age for teachers. Therefore, the jury also awards her the value of pay and benefits for three additional years–on the assumption that that is probably how much longer she would have worked if she had not been wrongfully terminated.

1.1. What does it mean to “mitigate damages” in a California employment lawsuit?

Mitigation of damages in employment lawsuits basically means looking for and accepting alternative employment in order to make up some of the financial loss from being wrongfully terminated.

In any California wrongful termination lawsuit in which an employee is awarded lost wages and benefits, the court will take into account the extent to which the employee could or did “mitigate damages.”

This means that the damages you receive in a wrongful termination suit will be reduced by the amount that you actually earned OR could have earned in a job that was substantially similar to the one you lost.4 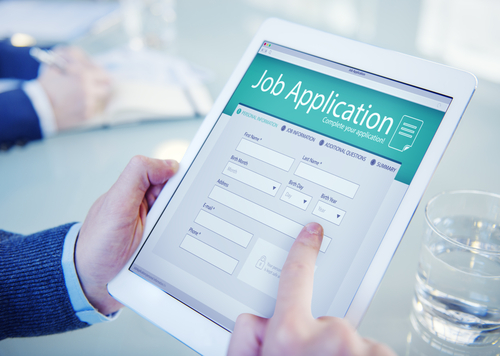 California employment law requires you to “mitigate damages” by seeking similar employment to the job you lost.

But the damages you receive in a wrongful termination case will only be reduced if the employer can show that all of the following are true:

Moreover, the burden is on the employer to make the case for a mitigation-of-damages requirement–not on you to prove that you were unable to mitigate damages.6

Considerations that are relevant to determining whether a given job is “substantially similar” to your old one include:

Example: Let’s return to Tracey from our example above. Let’s say that she does not get a new job after she is wrongfully terminated from her teaching position.

The school she worked for argues that her damages should be reduced because there were jobs available as assistant teachers at similar schools. The school argues that Tracey was qualified for those jobs and should have accepted one to mitigate her damages.

But Tracey and her employment lawyer argue that these assistant teacher jobs are not substantially similar to her old job. They do not require the education and experience level that Tracey had. They also pay considerably less and tend to be part-time.

Therefore, the jury finds that Tracey was not required to mitigate damages by taking one of these positions–and does not reduce her damages award by the amount she could have earned at one of them.

In addition, you may also be able to receive damages for physical symptoms caused by the mental suffering or stress created by your wrongful termination.9

Non-economic damages for emotional distress, etc., are not available in wrongful termination cases that are based on a contract theory–such as an implied oral contract (a common exception to at-will employment in California).10

Example: Dave experiences sexual orientation harassment at his job. He reports the harassment to superiors and files a complaint with the California Department of Fair Employment and Housing.

While the DFEH is investigating his complaint, Dave is suddenly fired, with no explanation given.

Dave is able to find a new job at a comparable salary a few months later. But the stress and trauma of his sudden job loss leads him into a bout of depression that causes him to suffer from severe migraines. He is also concerned about how the job loss will look on his resume for the remainder of his career.

Dave sues his former employer for FEHA retaliation and public policy wrongful termination. His suit is successful. His economic damages from the job loss are minimal because he was able to replace his earnings with his new job–but he is also awarded substantial noneconomic damages for his emotional suffering and damage to his reputation.

In a few types of California wrongful termination cases, a successful plaintiff may also be eligible to have their attorney’s fees and other litigation costs (such as court fees and expert witness fees) reimbursed by their employer.

Most plaintiffs in California employment lawsuits must pay attorney’s fees and litigation costs themselves, out of the settlement or damages they eventually receive from the defendant. But employees who sue their employers under certain statutes are able to collect attorney’s fees/litigation costs from their employer in addition to any other damages.

Wrongful termination laws that make an employee eligible to receive attorney’s fees include:

The last form of damages that is commonly awarded in California wrongful termination suits is so-called “punitive damages.”

Unlike the other forms of damages we discuss above, punitive damages are not designed to compensate the wrongfully discharged employee for any harms or expenses. Instead, they are designed solely to punish the employer for egregious wrongdoing.15

What this means is that your employer’s wrongful termination of you needs to rise to the level of “oppression, fraud or malice” in order for you to receive punitive damages.16

Example: Let’s return to our example of Dave from Section 2, above. Dave is wrongfully terminated from his job after reporting sexual orientation harassment.

Let’s say that Dave’s boss doesn’t just fire him for his complaint to the Department of Fair Employment and Housing. He also lets all Dave’s coworkers know that a complaint has been filed and reveals details about the allegations in the complaint that are highly personal and potentially embarrassing to Dave.

Dave’s boss also says negative–and untrue–things about Dave’s job performance to other people in their industry.

Dave’s employer’s behavior in this situation can be characterized as malice. Therefore, in his FEHA wrongful termination lawsuit, Dave may be eligible to receive punitive damages as well as compensatory damages.

For questions about damages in California wrongful termination cases or to discuss your case confidentially with one of our skilled California labor and employment attorneys, do not hesitate to contact us at Shouse Law Group.

Are Silencers Illegal in Colorado?

What are the Penalties for a Probation Violation in San Bernardino County?