Vehicle Code 38300 CVC is the California statute that makes it an offense for a driver to disobey any traffic sign, signal, or traffic control device that is lawfully placed by federal, state, or local authorities. Some examples of “signs, signals, and devices” are stop signs, speed limits, and “do not enter” signs. This section empowers authorities to use signs and signals to warn and guide traffic.

Note that officers typically write this section as 38300 CVC or 38300 VC as shorthand for the California Vehicle Code.

38300 CVC states that “it is unlawful for the driver of any vehicle to disobey any sign, signal, or traffic control device placed or maintained pursuant to Section 38280.” A violation of the law is an infraction that will result in a traffic ticket and a DMV point.

A defendant can raise a legal defense to contest a moving violation under this law. Common defenses include the defendant showing that:

A California crime can be charged as an infraction, misdemeanor, or a felony.

A violation of California Vehicle Code 38300 is charged as an infraction.

A conviction results in:

A problem with points is that if they accumulate to a certain level, within a 1-, 2- or 3-year period, the DMV can suspend or revoke the motorist’s driving privileges. The Department can even declare him/her a negligent operator.

Our California auto accident attorneys will discuss the following in this article: 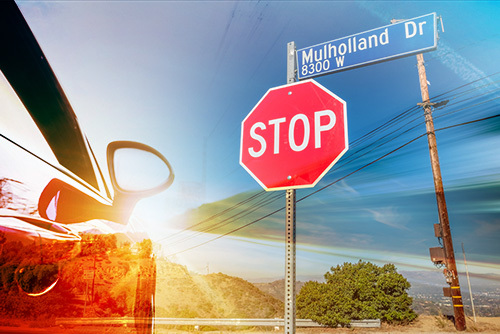 According to this statute, it is an offense for any driver to disobey a sign, signal, or traffic control device that is lawfully placed by federal, state, or local authorities.1

Examples of “signs, signals, and devices” include:

Note that this statute applies to signs and signals placed pursuant to CVC 38280.2

This code section is the State law that allows federal, state, and local authorities to use signs and signals to warn and guide traffic.3

All of this means that it is a crime for a motorist to disobey any sign, signal, or device that is lawfully placed by the proper authorities for traffic purposes. It is not an offense, then, for a driver to disobey a sign that is posted by some other entity, like a private business.

2. How can a person fight the citation?

Defense lawyers, and law firms, use several legal strategies to challenge accusations under this statute. These include showing that:

Sometimes police make judgmental errors when observing the events leading up to a ticket. For example, it is quite possible that authorities simply “got it wrong” when they say that a motorist disobeyed a traffic sign. This means it is a defense for an accused to show that the police made an error because he/she did, in fact, obey a sign or signal.

Recall that a motorist is only guilty under this statute if he/she disobeyed a sign lawfully posted by federal, state, and/or local authorities. It is a defense, then, for an accused to say that:

Drivers can always raise the defense that an emergency forced them to disobey a sign or signal. Perhaps, for example, a driver had to disobey a sign to avoid a reckless driver, or, to swerve out of the way of an erratic biker. 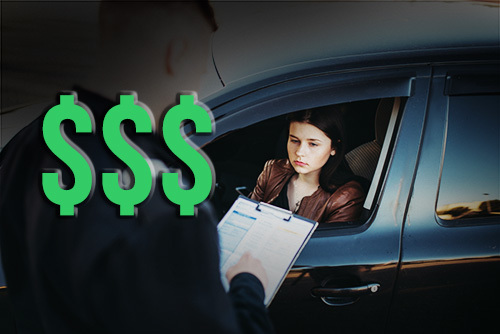 A violation of this law can result in a fine and a point on your driving record.

3. What are the fines and consequences?

A driver that breaks this law receives:

If a motorist gets a certain amount of points within a 1-, 2- or 3-year period, the DMV can:

Note that the $238 amount of a traffic ticket does not reflect the true cost of the ticket. The true cost will be much higher as it will include certain fines and fees.

Note too that a driver can try to complete traffic school after a CVC 38300 ticket. Completion means:

4. What happens if I blow off the ticket?

A driver cannot ignore a traffic ticket. Ignoring a ticket means he/she will not show up in court for it and this is a crime per Vehicle Code 40508 CVC.

A party violates the law if he/she willfully fails to appear as promised.4

A violation of this law is charged as a misdemeanor. The penalties are:

5. What are the ramifications for a personal injury case?

A driver that violates these laws may cause an accident with another motorist (e.g., in a rear-end collision or in a T-bone accident). If the motorist is injured and later files a personal injury lawsuit against the driver, the driver may be found “negligent.”

In a personal injury action, the negligent driver has to compensate the plaintiff for any injuries that he/she suffered.

Proving negligence can sometimes be difficult. But in California, a driver is considered “negligent per se” if he violates a statute. This means a driver would be negligent per se if he/she:

6. Are there statutes related to this California code section?

There are three laws related to disobeying a traffic sign or signal. These are:

Vehicle Code 21801 CVC is the California statute that applies when a driver is turning left or completing a U-turn to the left and is facing oncoming traffic.

The law says that a motorist in this situation must yield the right-of-way to approaching traffic up until he/she can complete the turn with reasonable safety.

The penalties for breaking this law are the same as with violating CVC 38300.

Vehicle Code 22102 CVC makes it illegal for a person to make a U-turn in a business district, except at an opening or intersection where authorized.

Like with disobeying a traffic sign, a violation of this law results in one point against the offender’s driver’s license.

Vehicle Code 21710 CVC makes it an offense for a driver to coast in neutral while going downhill.

As with a disobeying a traffic signal violation, a violation of this statute is charged as an infraction.

For additional guidance or to discuss your case with a personal injury or criminal defense attorney, we invite you to contact us at Shouse Law Group.