California Vehicle Code 21712 VC makes it illegal for a driver to let a person: 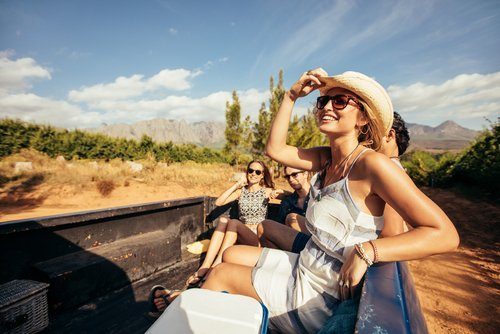 Vehicle Code 21712 prohibits a driver from doing three things. These are:

California courts have provided a few additional rules while analyzing this code section. These include:

Vehicle Code 21712 VC is meant to prevent people from hanging on outside portions of vehicles or riding in positions that create hazards.7

2. The penalties for unlawful riding and towing

A driver in violation of Vehicle Code 21712 receives two penalties. These are:

There are different fines under Vehicle Code 21712 depending on a driver’s actions. If a driver allows a person to ride in the trunk of a vehicle, he receives the following base fines:

Please note that the above fines are “base fines.” These differ from the actual fines that a driver receives. Actual fines are significantly greater because they include fees and penalty assessments. 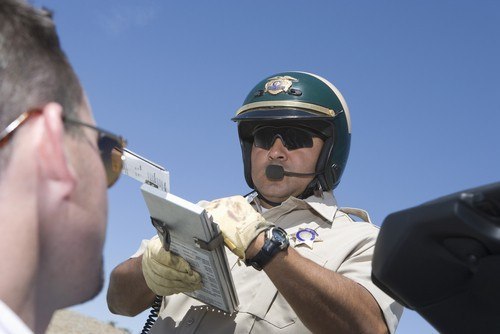 A motorist that violates Vehicle Code 21712 will also receive one point on his driving record.12 Points put on a motorist’s driving record are ultimately reported to that person’s insurance carrier. The result is an unfavorable increase in insurance rates.

Further, the DMV can declare a person a negligent operator if he accumulates a certain number of points within a 1-,2- or 3-year period. If this happens, the DMV can either suspend or revoke a motorist’s driving privileges.

Please note, though, that either of the latter actions will require a California DMV hearing.

A driver can always challenge a ticket for unlawfully riding or towing by raising a legal defense. If done, however, he should contact an experienced defense attorney for assistance.

There are three common defenses to a VC 21712 violation. These are:

It’s critical for motorists to seek the help of an attorney if they challenge a ticket for an unlawful ride or tow. There are three main reasons why. These include:

If a driver chooses to attend traffic school, he must still pay his fine.13 However, the driver generally should not get any points on his driving record.14

Criminal charges are not filed if a driver receives a ticket for an unlawful ride or tow. This is because it’s not a crime if a motorist violates Vehicle Code 21712 VC.

Violations of VC 21712 are infractions under California law; and, violators are not subject to incarceration or other criminal penalties.

Drivers must not ignore tickets for violating Vehicle Code 21712. Two things happen if they do. These are:

After receiving a traffic ticket in California, the driver must sign a written promise to appear in court.

It also does not matter whether the offending driver is guilty or innocent of the underlying traffic citation.17 He violates Vehicle Code 40508 just by breaking a promise to:

7. Effect of an unlawful ride/tow on a personal injury lawsuit?

A driver that violates Vehicle Code 21712 may injure another party. For example, he might injure a passenger or another motorist. If the injured party later files a personal injury lawsuit against the driver, the driver may be found “negligent.”

California law defines “negligence” as the failure to use reasonable care to prevent harm to oneself or to others. In the context of an auto accident, negligent drivers are at fault for the accident and may have to pay for any damages caused.

This means a driver would be negligent per se if he injured a party while illegally towing or authorizing a prohibited ride, since he would be in violation of VC 21712.

California Vehicle Code 23103 is the State’s law on reckless driving. It makes it a crime to drive with wanton disregard for the safety of people or property.20

No person shall operate a train of vehicles when any vehicle being towed whips or swerves from side to side or fails to follow substantially in the path of the towing vehicle.23

This section essentially prohibits a driver from whipping a towed vehicle or swerving while towing a vehicle.

A person that violates VC 21711 will receive:

8.3. Signaling when a driver stops or slows

California Vehicle Code 22109 VC states that no person shall stop or suddenly decrease the speed of a vehicle without first giving an appropriate signal, provided there is a chance to do so.24

Under this section, a driver is required to give a signal via his hand, his arm, a signal lamp, or a mechanical device.25