Vehicle Code 21658 CVC is the California statute that makes it a crime for a motorist to weave inside a traffic lane or to straddle a marked line. Straddling a line means driving over a marked line as opposed to driving in between two marked lines. A violation of this law is an infraction and a driver will receive a ticket and one point on his/her driving record.

21658 CVC states that “whenever any roadway has been divided into two or more clearly marked lanes for traffic in one direction…[a] vehicle shall be driven as nearly as practical entirely within a single lane and shall not be moved from the lane until such movement can be made with reasonable safety.”

Persons accused of violating CVC 21658 can raise a legal defense to challenge any criminal charges. Common defenses include for the accused to show that:

Weaving and lane straddling are charged as infractions in the State of California. This is opposed to misdemeanors or felonies.

The traffic infraction is punishable by:

If a driver earns enough points within a 1-, 2- or 3-year period, then the Department can:

Our California car accident attorneys will discuss the following in this article: 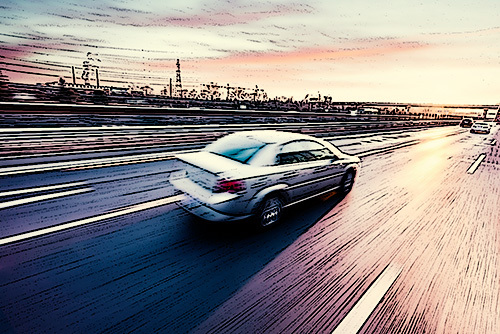 21658 CVC makes it illegal for a motorist to weave inside a traffic lane or to straddle a marked line.

1. What is California law as to weaving or lane straddling?

Vehicle Code section 21658 applies to roads that have two or more marked lanes for traffic in one direction.

In this situation, the rules of the road say that the drivers of vehicles must:

Note that one court has said that it is not a violation of this law when a vehicle:

This means that “weaving” takes more than touching a marked line for a short period of time.

Defense lawyers, and law firms, draw on several legal strategies to challenge traffic violations under this statute. These include showing that:

Recall from above that a court has stated that there is no violation of this law when:

This means it is always a defense for a defendant to say he/she never crossed a marked line. The driver can assert that he/she only briefly touched it.

These laws say it is permissible for a driver to cross a line, and move from a lane, when using reasonable safety. A defense, then, is for the accused to say that he/she:

Under a necessity defense, a defendant tries to avoid guilt by showing that he/she had a sufficiently good reason to commit the crime.

In the context of weaving, an accused could attempt to show that he/she committed the crime because there was no other choice (e.g., because of an emergency). 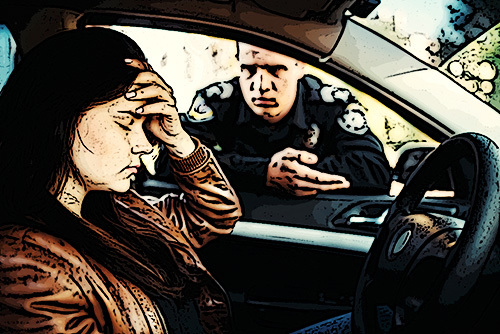 A violation of this statute can result in a fine and/or a point placed on your driving record.

A violation of this statute results in two penalties. These are:

The DMV can take the following actions if a person earns enough points within a 1-, 2- or 3-year period:

4. What if the driver just ignores the ticket?

A driver should not ignore a traffic ticket.

A motorist that ignores a ticket is guilty of “failing to appear” in court. This is an offense under Vehicle Code 40508 CVC.

If the party willfully fails to appear as promised, he/she violates CVC 40508.3 Drivers willfully fail to appear when they are willingly a no-show. It does not matter if they did not intend to break the law.4

The offense of failing to appear is a misdemeanor. The penalties are:

5. Are there laws related to California Vehicle Code 21658?

There are three crimes related to lane weaving or lane straddling. These are:

Vehicle Code 21650 CVC says that drivers must drive their vehicles on the right side of the road.

The statute does provide a few exceptions (e.g., when passing a car going in the same direction).

Like with CVC 21658, a violation of this law is a traffic infraction.

Vehicle Code 22102 CVC makes it illegal for a person to make a U-turn in a business district, except at an opening where authorized.

Like with CVC 21658, a violation of this law results in one point against the offender’s driver’s license.

Vehicle Code 21755 CVC says that a driver can only pass a motorist on the right when reasonably safe to do so.

A violation of this law leads to the same penalties as with CVC 21658.

For additional guidance or to discuss your case with a criminal defense or personal injury attorney, we invite you to contact us at Shouse Law Group.