Vehicle Code 13004.1 VC makes it a crime for a person to manufacture or sell counterfeit or fake California state identification cards. The offense is a misdemeanor punishable by up to $1000.00 in fines and up to 24 hours of community service, but no actual jail time.

Only the California Department of Motor Vehicles is authorized to issue official state ID cards and driver’s licenses.

13004.1 VC states that “A person shall not manufacture or sell an identification document of a size and form substantially similar to, or that purports to confer the same privileges as, the identification cards issued by the department.”

Luckily, there are several legal defenses that a person can raise if accused of a crime under this section. These include showing that an accused:

A violation of California Vehicle Code 13004.1 is charged as a misdemeanor (as opposed to a California felony or an infraction). The crime is punishable by:

In place of these penalties, a judge may punish a defendant with: 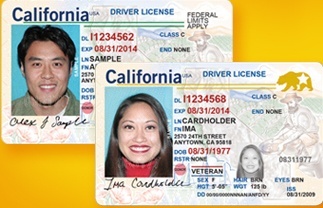 Vehicle Code 13004.1 VC makes it a crime for a person to manufacture or sell counterfeit California State identification cards.

California Vehicle Code 13004.1 VC says that it is a crime if a person either manufactures or sells a counterfeit, or fake, identification card.1

The DMV issues identification cards, or ID cards, to persons of any age. The cards look like a driver’s license but are used for identification purposes only.

We must note that for an accused to be liable for this crime, there must be a fraudulent purpose behind his actions. This means a purpose that is intended to deceive or trick another person.2

A person accused can challenge the accusation by raising a legal defense. A good defense can often get a charge reduced or even dismissed. Please note, though, that it is critical for an accused to hire an attorney to get the most effective defense.

Recall that a person violated 13004.1 VC only if he acts with fraudulent purposes. It is a valid legal defense, therefore, for a defendant to show that he did not make or sell a fake ID card to deceive or trick a person. For example, it is quite possible that he simply made a fake ID card to give to another person as a gag gift.

Duress is a legal defense in which an accused basically says: “He made me do it.” The defense applies to the very limited situation in which a person commits a crime (here, the manufacturing or selling of an identification card), because somebody threatened to kill him if the crime was not committed.

The Fourth Amendment’s rule against unreasonable search and seizures means that police may not search a person or his property unless one of the following is true:

3. What is the penalty for manufacturing counterfeit identification cards?

A violation of California Vehicle Code 13004.1 is charged as a misdemeanor. The crime is punishable by:

In place of these penalties, a judge may punish a defendant under VC 13004.1 with:

There are three crimes related to the manufacturing and selling of counterfeit identification cards. These are:

California Vehicle Code 13004 VC applies to the unlawful use of driver’s licenses and ID cards.

Acts prohibited by Vehicle Code 13004 include:

A violation of VC 13004 is charged as a misdemeanor. It is punishable by:

4.2. Forging or counterfeiting a driver’s license or identification card – PC 470(a)

California Penal Code 470(a) PC makes it a crime for a person to forge or counterfeit a driver’s license or identification card.

“Counterfeiting” is defined as altering, manipulating, or creating an imitation of an item intending to pass it off as genuine.

Penal Code 470(a) PC is a wobbler offense, meaning that it can be charged as either a misdemeanor or a felony.

If charged as a felony, the crime is punishable by 16 months, or two or three years in the California state prison and a maximum $10,000 fine.

California Penal Code 470(b) PC makes it a crime to either display or possess any fake identification, with the intent to use that fake ID to commit a forgery.9

The misdemeanor penalties for this crime are up to one year in county jail, and/or a fine of up to $1,000.12

The potential felony penalties are sixteen months, two years or three years’ imprisonment, and/or a fine of up to $10,000.13

If you or someone you know has been accused of manufacturing counterfeit identification cards per California Vehicle Code 13004.1, we invite you to contact us for a free consultation. We can be reached 24/7.