Penal Code 531 PC is the California statute that makes it a crime for a person to participate in a fraudulent conveyance. This means to transfer or give away property in order to avoid paying back a debt or paying damages owed as a result of a lawsuit. A conviction is a misdemeanor that carries up to 6 months in jail.

531 PC states that “Every person who is a party to any fraudulent conveyance of any lands, tenements, or hereditaments, goods or chattels, or any right or interest issuing out of the same, or to any bond, suit, judgment, or execution, contract or conveyance, had, made, or contrived with intent to deceive and defraud others, or to defeat, hinder, or delay creditors or others of their just debts, damages, or demands; or who, being a party as aforesaid, at any time wittingly and willingly puts in, uses, avows, maintains, justifies, or defends the same, or any of them, as true, and done, had, or made in good faith, or upon good consideration, or aliens, assigns, or sells any of the lands, tenements, hereditaments, goods, chattels, or other things before mentioned, to him or them conveyed as aforesaid, or any part thereof, is guilty of a misdemeanor.”

Luckily, there are several legal defenses that a person can raise if accused of taking part in a fraudulent conveyance. These include showing that the accused:

A violation of this section is charged as a misdemeanor (as opposed to a California felony or infraction). The crime is punishable by: 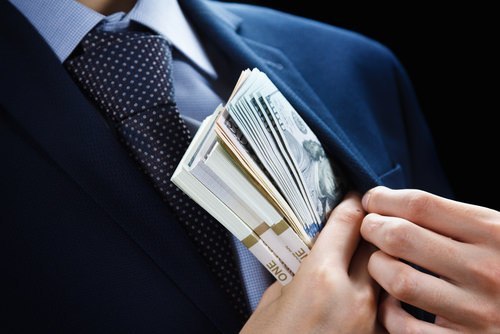 A fraudulent conveyance means to transfer or give away property, in order to avoid paying back a debt or paying civil damages.

1. What is the legal definition of participating in a fraudulent conveyance?

California Penal Code 531 PC makes it a crime for persons to participate in fraudulent conveyances.

Under California law, a fraudulent conveyance is where a person transfers, or gives away property, in order to avoid having to use that property to either:

Under PC 531, a person participates in a fraudulent conveyance if he:

In order for a defendant to be liable for the crime, a prosecutor typically has to prove intent. This means he has to show that the defendant either:

“Defraud” is the act of using lies or trickery to obtain something of value from another person (usually money).3

A person accused under PC 531 can challenge the accusation by raising a legal defense. A good defense can often get a charge reduced or even dismissed. Please note, though, that it is critical for an accused to hire an attorney to get the most effective defense.

Recall that, in most cases, a defendant is only guilty under Penal Code 531 if he helps in a fraudulent conveyance with the intent to defraud others. Therefore, it is a solid defense for an accused to fight a charge by showing that he did not have this requisite intent. For example, it is quite possible that a defendant helped in a transfer of property to help a person in need, as opposed to hiding it from someone’s creditor.

This is similar to the defense in 2.1 above. Remember that in most cases, a defendant is only guilty under PC 531 if the prosecutor shows that he acted with the intent to delay or defeat a payment to a creditor. This means it is a valid defense for an accused to prove that he did not act with this intent. For example, a defendant may have assisted in transferring property, but did so with no idea or knowledge that the transfer was made to delay a payment.

The Fourth Amendment’s rule against unreasonable search and seizures means that police may not search a person or his property unless one of the following is true:

A violation of PC 531 is charged as a misdemeanor.5 The crime is punishable by:

There are three crimes related to helping in a fraudulent conveyance. These are:

Under California Penal Code 154 PC, a fraudulent conveyance is what happens when someone sells, gives away, or otherwise transfers any kind of property. And, the party does so with the goal of preventing his creditors from getting at that property and using it to pay off the debt.7

Please note that a creditor is a person to whom a party owes money to. A debtor, in contrast, is the party that owes money to the creditor.

In a fraudulent conveyance, a defendant can only get convicted of the crime if he gives away property with the intent to either:

A violation of Penal Code 154 PC is charged as a misdemeanor. The crime is punishable by:

If the fraudulent conveyance involves stock in trade, valued at more than $250, the crime will be charged as a felony. As such, it is punishable by imprisonment in the California state prison for:

California Penal Code 155 PC applies to people who are defendants or losing parties in a court case.

The code section makes it illegal for a person to conceal or transfer property, or to move property to a different county, in order to avoid paying damages owed as a result of a lawsuit.11

A violation of Penal Code 155 PC is charged as a misdemeanor. The crime is punishable by:

If the fraudulent conveyance involves stock in trade, valued at more than $250, the crime will be charged as a felony. As such, it is punishable by imprisonment in the California state prison for:

Wire fraud is a federal crime. It is fraud that is carried out through any form of wire, radio, or television communication.15

A prosecutor must prove three elements in order to show that a defendant is guilty of wire fraud. These are that the defendant:

Fraud consists of knowingly or recklessly telling someone in order to deprive the victim of something valuable (typically money).17

Wire fraud is punishable with up to twenty years in federal prison, a fine, or both.18 If the fraud involves a federal disaster or a financial institution (like a national bank), then the maximum sentence increases to thirty years in prison.19

If you or someone you know has been accused of a crime, under California Penal Code 531, we invite you to contact us for a free consultation. We can be reached 24/7.