Penal Code 469 PC makes it a crime for a person, without proper authorization, to duplicate a key to a California state building. The offense is prosecuted as a misdemeanor that carries a maximum sentence of up to 6 months in jail and a fine of up to $1000.00.

A few examples of state buildings include:

Some examples of duplicating a key to a state building without authorization are:

Luckily, there are several legal defenses that a person can raise if accused of this crime. These include showing that an accused party: 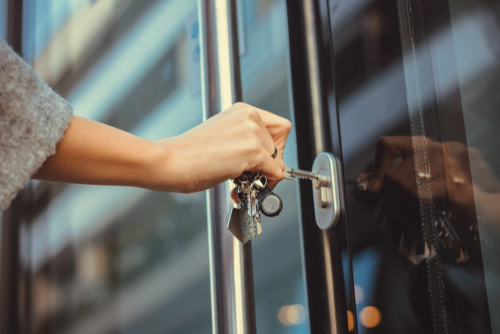 Penal Code 469 PC makes it a crime to duplicate a key to a state building without authorization.

1. Is it illegal to duplicate a key to a California state building?

A prosecutor must prove several elements to show that a person is guilty under PC 469. These are:

The statute defines a “state building” as:

a building or other area owned, operated, or controlled by the State of California, any state agency, board, or commission, a county, city, or any public school or community college district…3

This section also makes it a crime for a person to possess a duplicate key to a state building that was made without authorization.4

2. How can I defend myself against the charge?

A person accused under Penal Code 469 can challenge the accusation by raising a legal defense. A good defense can often get a charge reduced or even dismissed. Please note, though, that it is critical for an accused to hire an attorney to get the best defense.

Recall that the main element within a PC 469 charge is that a person must knowingly make or duplicate a key to a state building. Thus, it is an acceptable defense for an accused to prove that he is innocent because he did not have this requisite knowledge. For example, maybe the defendant was trying to get a key to his house-made and mistakenly made a copy of his work key.

3. Is there potential jail time?

Under Penal Code 469, the unauthorized duplication of a key to a state building is a misdemeanor offense.5

There are three crimes related to duplicating a key to a state building. These are:

Penal Code 459 PC makes it a crime for a person to commit burglary in the State.

PC 459 defines “burglary” as entering any residential or commercial building or room with the intent to commit a felony or a theft once inside.7

California first-degree (residential) burglary is a felony. The potential consequences include a state prison sentence of two, four, or six years.9

Second-degree (commercial) burglary is what is known as a wobbler in California law. This means that it may be charged as either:

Penal Code 466 PC prohibits possessing burglary tools when a person does so with criminal intent.15 “Burglary tools” are just that…tools that you use to commit a burglary. These tools include instruments such as

The crime of unlawful possession of burglary tools is charged as a misdemeanor. It is punishable by:

If you or someone you know has been accused of a crime, under Penal Code 469, we invite you to contact us for a free consultation.

Can I go to jail for “staging” an accident?

Staged accidents are just that — “accidents” that are staged. Often orchestrated by sophisticated crime rings, these intentional collisions are planned to make it look like an insured driver is at fault when, in reality, the insured driver was “set up” by the seemingly victimized party/parties. 1. Will a party receive penalties for staging an ...

Does California follow the "castle doctrine"?Watch this video on YouTube Yes. Under Penal Code 198.5 PC, California law follows the legal principle known as Castle Doctrine. This means there is no duty to retreat if a resident confronts an intruder inside his or her own home. Residents are permitted to use force against intruders who break ...