Penal Code 270 PC is the California statute that defines the offense of “child neglect.” A parent commits this crime if he/she willfully fails to provide a necessity for a minor child without a legal excuse.

“If a parent of a minor child willfully omits, without lawful excuse, to furnish necessary clothing, food, shelter or medical attendance, or other remedial care for his or her child, he or she is guilty of a misdemeanor…”

A defendant can raise a legal defense to challenge a 270 PC charge. Common defenses include:

Most violations of these laws are misdemeanors. This is opposed to a felony charge or an infraction. 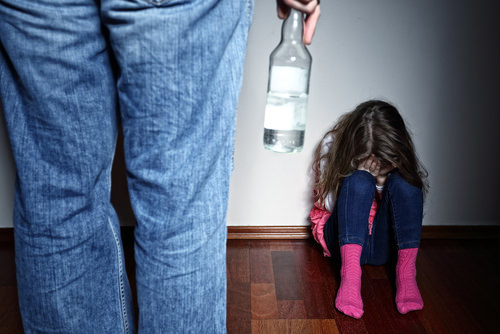 A parent commits "child neglect" if he/she willfully fails to provide a necessity for a minor child without a legal excuse.

1. What is considered child neglect in California?

A prosecutor must prove the following to convict a person of child neglect:

A “necessity” under this statute includes:

Note that “willfully,” as used above, means when a person commits an act:

A “willful” failure to do something contrasts with something done negligently.

Questions often arise under these laws on the meaning of the statute's use of:

A minor, for purposes of this statute, is a person under 18 years old.4

Note that the statute also protects unborn children. This means:

“Parent” is defined quite broadly under PC 270. It includes all:

A parent does not include:

Penal Code 270 requires a parent to:

A parent has a lawful excuse for failing to do so if:

It is not a lawful excuse if:

Example: Mark is a single father living paycheck to paycheck. He suddenly loses his job and has no other source of income. He fails to adequately feed his seven-year-old daughter after a few weeks of unemployment.

Here, Mark is not guilty of neglect. He has a legal excuse because he lost his job through no fault of his own and he had no other source of income. He would be guilty, though, if he kept his job but failed to provide food because he spent his earnings on expensive car payments and fancy clothing.

A defendant can try to beat a neglect charge with a good legal defense.

A defendant can try to beat a neglect charge with a good legal defense.

Recall that a person is only guilty under 270 PC if he willfully fails to provide a necessity. This means it is a defense for an accused to say that:

Perhaps, for example, the parent suddenly lost a job and had no money.

Also recall that it is not a crime under these laws if:

A legal excuse, therefore, can form a valid defense. Perhaps, for example, parents were involved in a horrible accident and could not provide proper care for their child for a few weeks.

False accusations are common under these laws. It may be the situation that one parent falsely blames another because

It is a defense, then, for a parent to say that he/she was unjustly blamed.

3. Can a parent go to jail for child neglect?

Child neglect can bring both administrative and criminal penalties. Most violations of Penal Code 270 are misdemeanors.

In rare cases, Penal Code 270 may be punished as a felony. This happens if a parent fails to provide care after a court decides that he/she is a parent.13 This would happen, for instance, if:

As a felony, child neglect can be punished by:

A conviction under these laws will generally not harm a person's immigration status.

Sometimes a non-citizen can be:

after being convicted of a California crime.

An example is when a non-citizen gets convicted of a crime involving moral turpitude.

PC 270 violations, however, are not this type of crime.

A person can get an expungement if convicted of child neglect.

An expungement is favorable since it:

A conviction under 270 PC will only impact a person's gun rights if it is for felony child neglect.

Note, though, a conviction for misdemeanor neglect will not hurt a person's gun rights.

The law states that removal is permitted in instances of child abuse. According to CPS, abuse occurs if:

Prior to removal, CPS will try to provide support to keep a child in the family's home.

But if it is determined that:

There are three crimes related to child neglect. These are:

Penal Code 273d PC is California's law against child abuse. This section makes it a crime for a person to:

Note that child neglect does not require any type of physical injury on a child.

Penal Code 273a PC is California's criminal “child endangerment” law. It punishes someone who willfully exposes a child to:

Penal Code 270.1(a) PC is the California truancy law that makes it a crime if:

A “child” for purposes of this section is a minor age six years or older and in grades kindergarten through 8th grade.

For information on child neglect charges in Nevada and Colorado, please see our articles on: