The Jails house approximately 2,200 inmates each day.  About 55,000 arrestees are booked into this system annually.

When an individual is arrested in San Francisco, he/she is taken to the intake and release facility, County Jail #1, where he/she is booked and evaluated by the Department of Public Health for any immediate health concerns.  Individuals requiring serious medical attention are transferred to Ward 7 at the San Francisco General Hospital.  Those who require only minimal or moderate medical attention may be treated onsite.

Arrestees who post bail (discussed below under Section 1. Procedures on How to Post Bail for an Inmate at the San Francisco County Jail) will be released as soon as the funds clear.  Arrestees who must remain in jail may be held up to 24 hours before being transferred to one of the other County Jail units.

The following are the addresses and telephone numbers for the facilities that comprise the San Francisco County Jail:

In this article, our San Francisco criminal defense attorneys1 will explain the following: 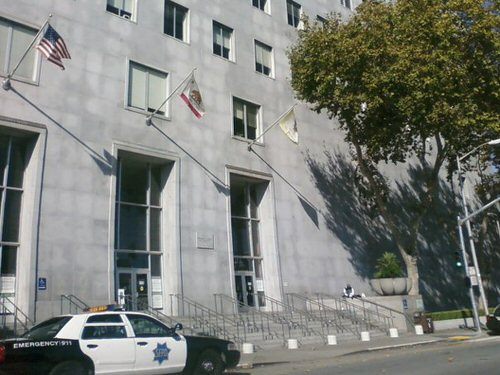 Once an inmate has been booked into the San Francisco County Jail, anyone can pay (or “post”) bail on his/her behalf.  The Jail accepts several types of bail payments, many of which are discussed in detail in our article on How to Post Bail in California).  These include cash bail, cashier’s checks, money orders, bail bonds and credit cards.

You may post cash bail (as well as cashier’s checks and money orders, described below) in Room 101 on the first floor of the Hall of Justice (County Jail numbers 3 and 4) located at 850 Bryant Street from 8:00am until 4:30pm Monday through Friday.

To post bail afterhours or on weekends or holidays, you would make the payment at the property window in County Jail #1 located at 425 7th Street.

Because the funds must be verified before the Jail will release an inmate, the inmate’s release may take a while, depending on the time of day and whether the arrest takes place on a weekend. 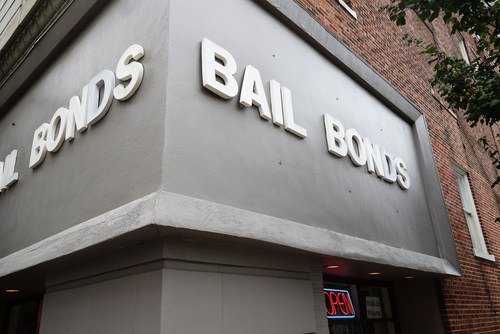 Since most people don’t have the funds to post cash bail or a cashier’s check, posting a bail bond is the most common way to bail someone out of jail.  This is because…assuming the defendant makes all of his/her court appearances…you are only required to pay a maximum 10% of the total bail amount.

You obtain a bail bond from a bail bondsman (aka a bail agent).  If the defendant makes all of his/her court appearances, you pay nothing on top of the 10%, but you do not get that 10% back…it is the bondsman’s nonrefundable fee.  If the inmate doesn’t make those appearances, you will be liable for repaying the entire bail amount to the agent.

The San Francisco County Jail subscribes to “Gov Pay” which allows people to post bail via the web for inmates who have been arrested on misdemeanor charges.  If you wish to post bail in this fashion, you may use a credit card (or debit card) and must know the inmate’s

∗NOTE:  Once you post bail, you should immediately consult with a skilled San Francisco criminal defense lawyer who can schedule a bail hearing to argue that the bail should be reduced or eliminated.  One of our experienced local attorneys can also help devise the most effective legal defense to help your loved one fight his/her case.

2. How to Get Information on Inmates Housed at the San Francisco County Jail

You can obtain information on inmates at the SFCJ 24 hours a day / 7 days a week by calling the Jail’s general information line at (415) 553-1430.  Be prepared to provide the inmate’s full name and booking number.

Unfortunately, neither the Sheriff’s Department nor the court currently provide any online access to inmate or case information.

When an inmate is booked into the San Francisco County Jail, he/she may make free local outgoing phone calls to

Long distance calls must be collect or placed with a calling card.  Inmates are not allowed to receive incoming calls.

If you have a loved one in the San Francisco County Jail, contact your local telephone carrier to make sure that collect and calling card calls are not blocked on your telephone plan.

The good news is that contact with inmates at the Jail isn’t limited to phone calls.  You can also visit an inmate in person or correspond via mail.  These options are discussed in the next two sections.

Most inmates at the San Francisco County Jail are allowed to have visitors, provided the visitors comply with the facility’s rules and regulations.

Visiting hours take place on Saturdays, Sundays and holidays.  The hours vary, depending on the unit in which the inmate is housed.  Each complex’s visiting hours are posted on the facility’s visiting schedule webpage.  Visits are limited to 20-30 minutes with a maximum of 3 visitors.

Some visits are offered on a first-come, first-served basis while others require a reservation.

Inmates housed in County Jail #1 are only allowed to receive visits from attorneys, since these inmates are transferred to other units within 24 hours of booking.  People who wish to visit inmates in County Jail #2 should go directly to the facility the day of the visit.  Reservations are not required.

Attorneys are not bound by these hours and have access to inmates 24 hours a day / 7 days a week.

And parent/child visits must be arranged separately and ahead of time.  To schedule these visits, call the following numbers:

Even with a reservation, you must arrive at the Jail’s waiting area 30 minutes before your scheduled visit to confirm the reservation.  All visitors must provide a government issued photo I.D. card, such as

All visitors are subject to search and must comply with any direction provided by the Jail staff.  In addition, visitors may not

5. Rules and Regulations Regarding Mail Correspondence with Inmates at the San Francisco County Jail

Inmates at SFCJ are allowed to send and receive an unlimited amount of mail.  Note that all incoming and outgoing mail will be searched for contraband.  Letters and photos are acceptable – “care packages” other than books are not.

And because mail is inspected prior to delivery, be sure to use common sense if you want the inmate to receive your mail.  Mail or photos that, for example,

You may send an inmate books as long as

Books that do not comply with these rules will be rejected.

And if you wish to send an inmate money, you may do so, provided that you comply with the procedures set forth below under Section 6. How to Put Money “On the Books” for an Inmate.

6. How to Put Money “On the Books” for an Inmate 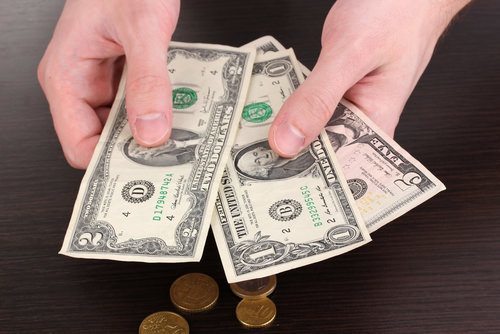 An inmate’s money that he/she has at the time of arrest is placed into this account.

When you put money “on the books” for an inmate at the San Francisco County Jail, it means that you create or contribute to an “in-house” bank account that allows the inmate to make purchases at the Jail’s commissary.  Inmates may purchase articles such as stationary, food, personal hygiene items and pre-paid calling cards from the commissary once a week.

There is also a “TouchPay” kiosk located in this lobby which is accessible 24 hours a day / 7 days a week.  The kiosk allows you to make deposits using cash or a credit or debit card.  There may be a fee for using TouchPay’s services.

If you wish to mail money to an inmate, you may send a maximum $100 U.S. Postal Service money order or a U.S. bank-drawn money order. These are the only methods of payment that the SFCJ will accept via mail.

You may also choose to send money via TouchPayDirect (for a fee) by calling (866) 232-1899 or by visiting the TouchPay website.  In order to use this service, you will need

Any unused money that is in an inmate’s account at the time of release will be returned to the inmate.

7. Procedures for “Return of Property” at the San Francisco County Jail

When an inmate is booked into the SFCJ, his/her belongings are collected and stored.  This property is usually returned to the inmate upon his/her release.  Alternatively, an inmate can designate another person to claim that property by filling out a property release form.

If an inmate fills out this form designating you as the person to whom property should be released, you may collect the property during a regular visit.  This transaction does not need to be arranged ahead of time.

The San Francisco County Jail offers a number of services to its inmates.  Some of these include: