Note: Due to COVID-19, in-person visits and video appointments via the video conferencing system at LBPD Headquarters have been temporarily halted. Attorneys, doctors, and clergy are still allowed to continue visitation.

The Long Beach Jail and Police Department can house up to 200 inmates at any one time.  Individuals who are arrested in the city of Long Beach are transported to this facility where they typically only stay for one to three days until they

However, the Jail does house certain convicted male defendants as well.  These individuals.known as “trustees”.were sentenced to county jail but obtained approval by the judge to allow them to serve their time in the Long Beach men’s “city” jail instead.  Generally speaking, city jails are much less crowded and violent than the general populations that are housed at the larger Los Angeles County jails.

The Long Beach Jail is the third largest temporary jail in the state and annually books approximately 18,000 inmates.

In this article, our Long Beach criminal defense attorneys1 will explain the following: 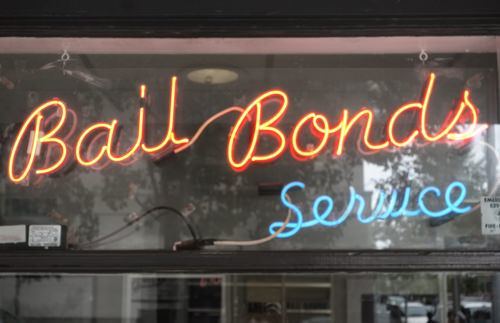 1. Procedures on How to Post Bail for an Inmate at the Long Beach Jail

Once an inmate is booked into the Long Beach Jail, bail is set according to the Los Angeles County bail schedule and is determined based on the crime(s) for which the inmate was arrested.  “Bail” refers to an amount of money that will reasonably assure the arresting agency and court that the defendant will make all of his/her court appearances.

Anyone can pay (or “post”) bail on the inmate’s behalf by going directly to the jail facility 24 hours a day / 7 days a week.

If you choose to post bail for an inmate, the Long Beach Jail only accepts two types of bail payments:  cash bail and bail bonds, both of which are discussed in detail in our article “How to Post Bail in California”.

If you elect to post cash bail, you must post the full amount.  Once you post cash bail, the inmate is released pending his/her arraignment.  If the inmate attends all of his/her court appearances, the bail will be returned following the conclusion of the criminal case.  If he/she does not, the defendant forfeits your money to the court.

Posting a bail bond is the most common way to bail someone out of jail.  This is because you are only required to pay a maximum 10% of the total bail amount.  You obtain a bail bond from a bail bondsman (aka a bail agent).  The catch is that the 10% that you pay to the bondsman is nonrefundable.  If the defendant makes all of his/her court appearances, you pay nothing more, but you do not get that 10% back.  If the inmate doesn’t make those appearances, you will be liable for repaying the entire bail amount.

You can search for bail bondsmen via the Internet or in the phone book.  Be sure to verify the bondsman’s license and retain copies of all documents for your records.

∗NOTE:  Once you post bail, you should immediately consult with a skilled Long Beach criminal defense lawyer who can schedule a bail hearing to argue that the bail should be reduced or eliminated.  One of our experienced local attorneys can also help devise the most effective legal defense to help your loved one fight his/her case.

Before a deputy will release information, you must provide the inmate’s correct full legal name and/or their booking number.

Typically, inmates who are being held in custody must be arraigned within two (2) days of being arrested.  At that point, the judge will either continue the arraignment or will set the case for a pre-trial hearing.  If you wish to look up the case information for an inmate being housed at the Long Beach Jail, visit the Los Angeles County case information website. 3. How to Contact an Inmate at the Long Beach Jail

When an inmate is booked into the Long Beach Jail, he/she is allowed to make one outgoing phone call to contact a family member or friend.  After that, all outgoing calls must be collect.  If you know that a loved one is in jail, you may want to contact your local telephone carrier to make sure that you are able to receive collect calls.

Unfortunately, inmates may not receive incoming calls.  And because arrestees at the Long Beach Jail are only briefly housed, they cannot receive any mail either.

Trustees, however, have more flexible rules since they are housed for a longer period of time.  As a result, they are able to receive mail.  If you wish to send mail to a trustee, send it to

You may want to call ahead to make sure that what you are sending will be delivered to the inmate.  You can call (562) 570-7260.  Mail will be inspected prior to delivery and any illegal or prohibited items will not be given to the inmate.  Sending illegal items could also subject you to criminal prosecution.

Regardless of whether the inmate is a trustee or a temporarily housed arrestee, all inmates are allowed to receive visitors.

Inmates at the Long Beach Jail may have up to two (2) visits per day.  Each visit is limited to 15 minutes.  As a general rule, only one person is allowed per visit.  However, an adult may bring his/her child along for the visit.

Visiting hours vary, depending on the crime for which the inmate was arrested

Visitors may not bring anything to the inmates, as all visits are conducted via a video conferencing system.

Visiting hours vary, depending on the crime for which the inmate was arrested:

Attorneys and members of the clergy are not bound by these hours and may visit inmates 24 hours a day / 7 days a week.

Visitors who have either been inmates in the Long Beach Jail within the last six (6) months or who have outstanding warrants will not be allowed to visit inmates.

Reservations are not required, and visitors are taken on a first-come, first-served basis.

The staff at the Jail may refuse entry to anyone who it believes may pose a security threat to the staff or inmates.

5. The Procedures for “Return of Property”

When an individual is booked into the Long Beach Jail, his/her money and/or property are collected and stored.  These items are typically returned to the inmate upon his/her release.

However, sometimes an inmate wishes to distribute his/her property to a friend/family member prior to his/her release.  When this is the case, the inmate simply fills out a property release form designating whomever he/she wishes to collect that property.

Property may then be collected by that individual in the lobby at the Long Beach Jail.  The hours for pick-up vary depending on whether the inmate was arrested for a misdemeanor or a felony.

If the time of your visit coincides with these hours.as it would for a Thursday or Friday felony visit or a weekday trustee visit.you can pick-up property during your visit without arranging for it ahead of time.