According to the California Attorney General, the safest way to store a gun is with a state-approved firearm safety device and by keeping the weapon in a locked container. Owners should also ensure that the firearm is not loaded. Finally, people should store their guns and ammunition for these guns in different locations.

California gun laws further requires owners to make sure that a gun is stored unloaded and in a place not accessible by children and adults prohibited from possessing a gun. This is required per Penal Code 25100 PC. A violation of this statute can result in a misdemeanor charge and lead to custody in county jail for up to one year. These penalties increase if the child/adult does access the gun and causes injury or death.

To legally store or transport a handgun in a vehicle, the weapon must be:

There are times when people get charged with a crime for the improper storage of a gun. Note that defendants can contest a charge with a legal defense. A few common defenses include an accused showing that:

Our criminal defense attorneys will explaon the following in this article: 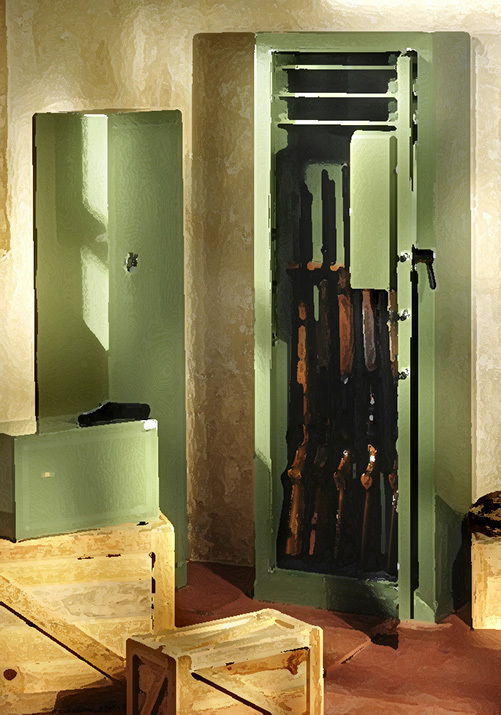 1. What does California's Attorney General recommend for proper gun storage?

California's attorney general provides several recommendations for how gun owners should store a firearm. These include for owners to:

2. What if children are present?

California law makes it a crime for a gun owner to:

This means if a gun owner knows that a child can access a stored gun, he/she should:

A violation of the above law is a misdemeanor offense. The crime is punishable by up to one year in county jail. This punishment will increase if a child accesses the weapon and causes harm, great bodily injury, or death.3

3. What about gun storage with an adult prohibited from possessing a firearm?

California law makes it a criminal offense for a firearm owner to:

This means if a gun owner knows that an adult who cannot possess a gun can get to the stored weapon, he/she should:

A violation of the above law is charged as a misdemeanor. The crime is punishable by up to one year in county jail.

Note that this punishment increases if an adult accesses the weapon and causes harm, great bodily injury, or death.5 In such cases, the crime can be charged as a felony and lead to custody in state prison for up to three years.

Questions often arise, under these laws, as to what adults are prohibited from possessing a gun.

3.1. Adults not able to possess a gun

4. What is proper storage inside a vehicle?

To  store or transport a handgun legally within a vehicle, it must be:

A gun owner has to follow these rules no matter if he/she is the driver or passenger in a car.

Note that the above rules apply to handguns. There are different laws for transporting other kinds of firearms, such as:

For the laws on transporting these weapons, please see our article on “How to Legally Transport Firearms in California.”

5. Are there legal defenses to improper storage?

Depending on the facts of the case, some people can get charged with a crime for the improper storage of a firearm.

Defense attorneys use different strategies to oppose such charges. These include showing that: