The idea of predatory lending has garnered a lot of national attention in recent years. Most people think of it as involving large institutions such as banks and subprime lenders who exploit the vulnerabilities of struggling home buyers and homeowners in distressed neighborhoods.

But in California, federal state and local prosecutors have targeted small lenders, real estate brokers, mortgage brokers, appraisers and other individuals for crimes that relate to predatory lending.

We’re a law firm of former police investigators and former deputy district attorneys. We have decades of experience prosecuting real estate fraud cases. Now we defend people who get accused. We understand that public outcries (and the resulting political pressure) cause the overzealous prosecution of truly innocent people. You may be one of them. We can help.

In this article, our California mortgage and real estate fraud defense attorneys1 explain the California crime of predatory lending by addressing the following: 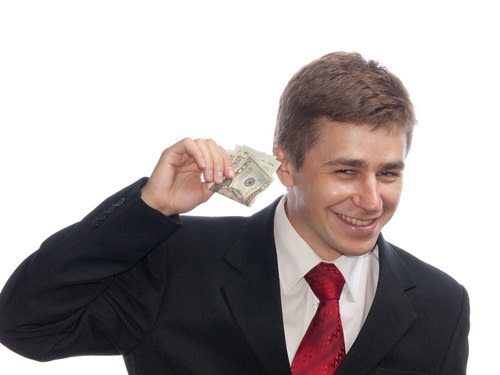 1. When is Predatory Lending a Crime in California?

Simply put, predatory lending becomes a crime in California when the lender manages the loan transaction to extract the maximum value for itself without regard for the borrower’s ability to repay the loan.

Generally speaking, there are two features that are common to most illegal predatory lending schemes.  These include

Let’s take a closer look at these features to gain a better understanding of their roles in predatory lending schemes.

The fact is that there are a wide variety of ways to violate California’s fraud laws that pertain to predatory lending.  But as with most crimes, certain schemes are more common than others.

The following sections outline some of the more common predatory lending schemes.

Predatory lenders have a variety of public information at their disposal to identify potential customers.  They typically prey on uneducated, unsophisticated individuals who lack the ability to scrutinize the paperwork and terms of the loan.  Households that have limited incomes but significant equity — such as homes owned by the elderly — are especially at risk.

Many of these lenders will engage in telephone and door-to-door solicitation, direct mailings and TV commercials to contact their potential clients.  In and of themselves, there is nothing wrong with these practices. In fact, these are valuable marketing strategies that are used in a wide variety of industries.

These activities become illegal when aggressive lenders engage in fraudulent behavior by directing these techniques to vulnerable homeowners in an effort to make money rather than to meet the needs of their customers.

Failing to explain the terms of the loan, such as omitting reference to a balloon payment, or discouraging the borrower from exploring a lower-cost option are a couple of the tactics used that can turn an otherwise legal transaction into an illegal California predatory lending scheme. 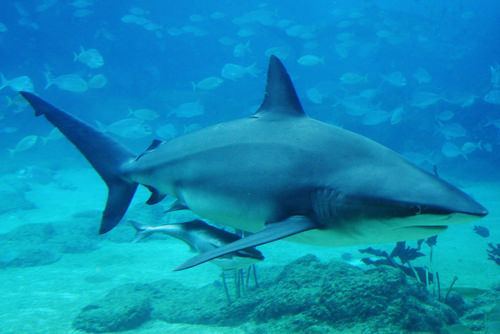 Predatory loans are generally characterized by excessively high interest rates and/or fees.  The lender usually also fills these loans with unnecessary terms that do not benefit the borrower.  These include (but are not limited to):

The lender profits from these types of excessive loans by

Mortgage brokers aren’t the only ones who engage in predatory lending.  Home improvement contractors also contribute to this illegal activity.  Unscrupulous home contractors most frequently target

The contractor convinces the homeowners that they should refinance their home loan in order to pay for home improvements that will increase the value of the property.  The contractor steers the owner to a predatory lender and collects a referral fee…oftentimes without ever ultimately performing the work. 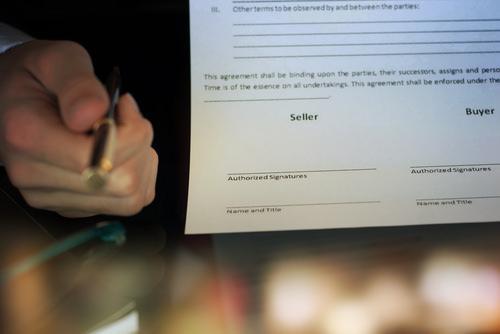 Fortunately, there are a variety of legal defenses that a California real estate fraud defense lawyer could present on your behalf.  Which ones will be more appropriate will, of course, depend on the specific facts of your case.

That said, if you can demonstrate that you didn’t have fraudulent intent and that you were simply engaged in a legitimate business practice…such as subprime lending…that is always a good defense to present.

Subprime lending, for example, exists for borrowers who have limited or blemished credit histories.  These loans carry a higher interest rate than typical “prime” loans because they must compensate for their increased credit risk.  These types of situations can create confusion between predatory lending and legal lending.

As Rancho Cucamonga criminal defense attorney Michael Scafiddi3 explains, “Even though a loan has ‘predatory-type’ characteristics, the loan is not necessarily predatory in nature.  For example, depending on the specific loan, a prepayment penalty may be considered predatory in one case and reasonable and legitimate in another.  This is one reason why it is crucial to consult with an experienced California real estate fraud defense attorney immediately upon being accused of predatory lending.  This type of attorney knows the most effective ways to prove that your practices were fair and not fraudulent.”

The penalties you face for the California crime of predatory lending will also depend on the exact facts of your case.  Predatory lending can be prosecuted as a state crime and/or a federal crime.

There are a number of federal consumer protection laws that are designed to protect borrowers against illegal lending practices.  Detailed explanations of these laws can be found on the Federal Deposit Insurance Corporation’s website.  Some of these include (but are not limited to):

Violating these laws subjects you to federal prison time and substantial fines.

More frequently, California crimes alleging predatory lending are prosecuted as state crimes.  Predatory lending isn’t one of the enumerated crimes listed in the California Penal Code.  Rather, it is a type of practice that is prohibited under a number of different laws, the most common of which are as follows:

You violate Penal Code 487 PC California’s grand theft law anytime you permanently deprive another person or entity of money or property worth more than $950.  This would most likely be the case if you charged excessive upfront fees as part of a loan package.

This offense is what’s known as a wobbler.  A “wobbler” is a crime that prosecutors can file as either a misdemeanor or a felony, depending on

If the prosecutor can prove that you and at least one other person acted together to try to fraudulently deprive a homeowner out of more than $950, you could additionally face charges for conspiracy to commit grand theft.

If convicted of conspiracy, you face the same penalties you face for a conviction of felony grand theft.5

This offense is also a wobbler, subjecting you to a maximum three years in the state prison and a maximum $10,000 fine.6

Stated in Business & Professions Code 17500, California’s false advertising law prohibits making false or misleading statements during the course of advertising products or services.  If you are accused of predatory lending based upon sales tactics that falsely lured the borrower into obtaining — or even seeking to obtain — a loan from you, you face prosecution for this law.

If convicted, you face a misdemeanor, punishable by up to six months in a county jail and a maximum $2,500 fine.7

There are a variety of additional charges that…depending on the circumstances…you could face for the crime of predatory lending.  If, for example, you entered a person’s home with the intent of engaging in predatory lending, you could additionally be prosecuted for violating Penal Code 459 PC California’s burglary law.

If you used threats or harassment to convince the borrower to obtain a loan from you or another person involved in predatory lending, you could face charges for

You can be convicted of any or all of the charges outlined in this section.  If you get convicted of multiple crimes, the jail and/or prison time can quickly add up.

Predatory lending is a serious crime in California that can affect the lives of the lender as well as the borrower.

If you are accused of this offense, we know how to challenge the state’s evidence to help demonstrate that you were engaged in legitimate business practices.

And if you are the victim of a predatory lending scheme, know that legal recourse is available.  We can help you bring a civil suit to recover damages, including any payments you have made on your loan and any legal costs associated with the lawsuit.

If you or loved one is charged with predatory lending and you are looking to hire an attorney for representation, we invite you to contact us at Shouse Law Group. We can provide a free consultation in office or by phone. We have local offices in Los Angeles, the San Fernando Valley, Pasadena, Long Beach, Orange County, Ventura, San Bernardino, Rancho Cucamonga, Riverside, San Diego, Sacramento, Oakland, San Francisco, San Jose and throughout California.

Additionally, our Las Vegas Nevada criminal defense attorneys are available to answer any questions about Nevada’s mortgage fraud laws.  For more information, we invite you to contact our local attorneys at one of our Nevada law offices, located in Reno and Las Vegas8

Use of Computer “Ransomware” May Become a New Crime in California