Prior to the Route 91 Harvest Festival massacre in Las Vegas this past weekend, most people probably would have considered screening luggage at hotels a tedious, expensive, and time-consuming ordeal that is not reasonably necessary. But now that each hotel's room's potential to double as a murderous sniper's nest has been branded into the public consciousness forever, not screening hotel luggage suddenly seems irresponsible.

Hotels have a legal duty of care to take reasonable measures to keep the premises safe. This typically encompasses following predetermined safety regulations as outlined in building codes and food codes. When a hotel breaches that duty of care, and the breach injures a person, that person may be able to sue the hotel for negligence to recover damages for medical bills, lost wages, etc.

A common negligence lawsuit against hotels involves slip-and-falls. Perhaps the housekeeping staff is mopping a hallway and forgets to put up a “wet floor" sign. If a patron slips on the wet floor, the hotel would presumably be held liable for not keeping its premises safe and causing the patron's injuries. The more grave the patron's injuries, the more money the hotel would owe. 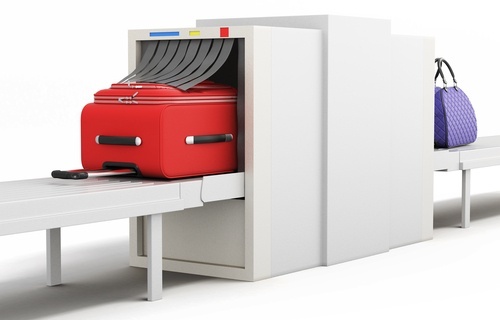 In light of the Vegas Massacre, many might argue that a hotel's duty of care to keep the premises safe should now include screening luggage like airports do. Had Mandalay Bay x-rayed the alleged perpetrator's suitcases and detected the numerous firearms inside, presumably security would have asked him to leave and brought him to the attention of police.

Screening luggage has never been a standard industry practice in Las Vegas. It would require hotels to invest in pricey metal detectors as well as hire extra personnel to operate and maintain the equipment. This process of checking every one of the thousands of bags that cross the hotels' thresholds each day would tack on several minutes if not hours of waiting on line to the simple act of entering a hotel lobby or garage. And this inconvenience…which some may also feel is an intrusion of privacy…could be enough to deter tourists from visiting Las Vegas to begin with, thereby eroding Sin City's most important industry.

In the hours after the Vegas Massacre, the Wynn and Encore hotels screened luggage, but they ceased these measures once management was assured that there were no more shooters at large. In the coming months as MGM Resorts inevitably fields personal injury lawsuits by the victims and their families, we can expect a heated debate over whether and how screening luggage should comprise part of a hotel's reasonable duty of care. It is a sad fact of the law that so much of what constitutes reasonable is determined by the horrific actions of monsters with no reason at all.