Under Nevada law, invasion of privacy is defined as the intrusion into a person’s personal life without just cause. The victim may have grounds to bring a personal injury lawsuit seeking money damages.

In this article, our Nevada personal injury lawyers explain Nevada’s invasion of privacy laws and what money damages may be recoverable.

1. Can I sue for “Invasion of Privacy” in Las Vegas, Nevada?

The victim of an invasion of privacy may bring a lawsuit for one or more of these claims against the person or entity that engaged in the wrongdoing. If successful, the plaintiff may obtain money damages.

Common defenses to “invasion of privacy” claims in Nevada include:

Note that invasion of privacy cases tend to be more difficult to win for public figures than private citizens.1

2. What is “Intrusion Upon Seclusion”?

A person may sue for “intrusion upon seclusion” if any aspect of his/her life that he/she reasonably expected would not be intruded upon was violated. Common examples of this cause of action include wire-tapping the plaintiff’s phone or putting hidden cameras in the plaintiff’s residence. 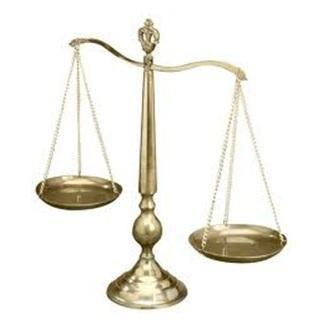 In order to establish a claim for intrusion upon seclusion, the plaintiff must prove the following elements:

Note that the defendant’s motive is irrelevant; therefore, a defendant may be liable for intrusion upon seclusion even if he/she had no intention to offend the plaintiff.

Also note that the plaintiff does not need to show that he/she underwent any pecuniary (financial) loss; emotional distress and mental anguish are sufficient damages to justify an intrusion upon seclusion suit.2

3. What is “Appropriation of Likeness or Identity”?

Appropriation of likeness or identity is the unauthorized use of a plaintiff’s name or likeness for commercial purposes by the defendant. A common defense to this claim is that the appropriation was newsworthy: If the plaintiff is a newsworthy figure, publication of his/her name or likeness is legal as long as the use is not for business or advertising.

Damages for the appropriation of likeness or identity are measured by the plaintiff’s stature, which in turn is determined by the general public. For most plaintiffs, both emotional harm and general damages are recoverable.3

4. What is “Public Disclosure of Private Facts”?

In order for a plaintiff to prevail on a cause of action for “public disclosure of private facts,” the plaintiff must prove the following:

Plaintiffs may recover damages for mental anguish through a “public disclosure of private facts” suit.

Defendants will not be found liable if the facts they revealed were already known or a matter of public record. And plaintiffs are not required to prove any damages or pecuniary loss: Showing emotional distress and mental anguish are sufficient to win at court.4

5. What is “Portrayal in a False Light”?

Portrayal in a false light is a publication that gives people a false impression of the plaintiff. To prove this claim in court, the plaintiff must demonstrate that the defendant published something that gave others an inaccurate impression about him/her. Further, the false light that he/she was put in would be considered highly offensive to a reasonable person.

Similar to other invasion of privacy claims, the plaintiff must prove actual or proximate causation in order to recover damages. But as opposed to the appropriation of name or likeness, there is no requirement that there be commercial use. The plaintiff may recover for the damage to his/her reputation, emotional stress, and for any financial loss that he/she may have suffered.5