When is “assisted suicide” illegal in California? (Penal Code 401)

California is one of a handful of states that permits physician-assisted suicide. But only under limited circumstances. The law only applies to doctors and only in situations where the patient has less than 6 months to live. Under Penal Code 401, it is a felony for a private person (non-doctor) to encourage someone to commit suicide or to assist them in taking their own life. If convicted, a person could face up to 3 years in county jail or state prison. If you actually kill the person, you could face charges for murder. Nevertheless, many innocent people have been charged with assisting a suicide under penal code 401. You may not have realized the person was serious about taking their own life. You may have just been counseling them, and not encouraging them to actually commit suicide. A good criminal defense lawyer can often get Penal Code 401 charges reduced or dismissed. More info at http://www.shouselaw.com/aiding-suicide.html or call (888) 327-4652 for a free consultation. If you or a loved one is charged with a crime we invite you to contact us at Shouse Law Group. We can provide a free consultation in office or by phone. We have local offices in Los Angeles, the San Fernando Valley, Pasadena, Long Beach, Orange County, Ventura, San Bernardino, Rancho Cucamonga, Riverside, San Diego, Sacramento, Oakland, San Francisco, San Jose and throughout California.


Penal Code 401 PC is the California statute that makes it a crime for a person to help or encourage someone to commit suicide. A violation of this law is a felony offense.

It is legal, however, in California for a physician to prescribe life-ending medication. This is lawful per the State's End of Life Option Act.

PC 401 states that “any person who deliberately aids, advises, or encourages another to commit suicide is guilty of a felony. A person whose actions are compliant with the provisions of the End of Life Option Act…shall not be prosecuted under this section.”

Some common defenses to this charge include the accused showing that:

A violation of this law is a felony. This is opposed to a California misdemeanor or an infraction.

A judge can award felony (or formal) probation in lieu of jail time. 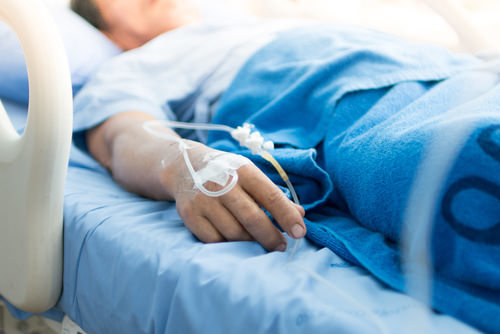 Aiding in someone's suicide is a crime in California

1. When is assisted suicide a crime in California?

A prosecutor has to prove the following to convict a person of assisted suicide:

Example: John is in his seventies and has advanced brain cancer. He learns that he will live for another year, at most. John wishes to die quickly to avoid any potential pain and suffering. He tells this to his wife, Elaine, and she agrees it is the right decision.

At John's request, Elaine goes to several drugstores and buys a lethal dose of sleeping pills. She stays with her husband as he takes them and ultimately kills himself.

Here, Elaine is guilty under Penal Code 401 for aiding and encouraging suicide. She agreed in her husband's suicide decision and she deliberately purchased the sleeping pills for him.

There are situations in which a person aids another in suicide, but the ultimate attempt fails. When this occurs, the aiding party is not guilty under PC 401. Rather, he/she is charged with a California attempt crime – attempting to assist in a suicide.2/p>

The act of committing suicide is not a crime in California.

But there are situations when a person is charged under this statute in a failed suicide attempt. This can happen in terms of a suicide pact.

A “suicide pact” is when:

In these situations, a party is guilty of assisted suicide if:

A “mercy killing” is the taking of someone's life who no longer wishes to live. The act is most often performed by administering large doses of painkilling drugs.

The act of committing a mercy killing is a crime in California.

The act is also known as euthanasia and it is a criminal offense in all 50 states.

The End of Life Option Act is California's physician-assisted dying law. The law took effect in 2016.

Under the Act, patients may request, and physicians may prescribe, life-ending medications.4

Note that the law only authorizes physicians to prescribe these medications. Giving the meds would mean the criminal act of euthanasia.

Aiding in or encouraging a suicide is a different crime than the offense of murder.

The difference has to do with whether the defendant took an active or passive role in committing the crime.5/p>

If, for example, the accused merely furnished the means for a person to die, then:

If, however, the defendant participated in causing the death of a person, then:

Fortunately, a good attorney can help you fight this charge.

2. How can a defense attorney help in a Penal Code 401 case?

PC 401 states that it is a crime for a person to “deliberately”:

another to commit suicide.

“Deliberately” means for a person to specifically intend to do something.

This means it is a defense for an accused to say that he did not intent to assist in a suicide. Perhaps, for example, a defendant accidentally caused a person to take his/her own life.

2.2. Act in accordance with the End of Life Option Act

There are times when doctors are charged under these laws for:

Note, however, that this is a legal act under the End of Life Option Act. Therefore, an accused can always try to use this law as a defense.

Recall that a prosecutor must prove that a person attempted or committed suicide to establish guilt under this act.

This means it is always a defense for a person to say there was no suicide attempt. Perhaps, for example, the defendant:

A violation of this statute is a California felony. The crime is punishable by:

A judge may award a defendant with felony (or formal) probation lieu of prison time.

There are three crimes related to assisting in a suicide. These are:

Penal Code 187 PC is the California statute that defines the crime of "murder." This section makes it a crime for a person to:

Note, again, that assisting in a suicide is not murder. “Assisting” means providing a person with the means to take his/her own life. Murder means actually taking a person's life.

Under Penal Code 664/187, California law defines "attempted murder" as when a person:

Note that a person will not be charged under this statute if:

In this case, the party would be charged with the offense of “attempting to assist in a suicide.”

Penal Code 192 PC is the California statute that defines the crime of voluntary manslaughter.

A person commits this crime by killing another human being:

Rather, the offense usually comes up in murder cases, where: