Since 2000, California has welcomed well over 100,000 refugees. A refugee is a foreign national currently outside the United States who cannot return to his/her home country due to fear of persecution for his/her:

There is no fee to apply for refugee status in the U.S. And one (1) year after a foreigner is granted refugee status, he/she may adjust status to become a legal permanent resident.

On June 11, 2018, the Trump administration put into place a new United States asylum policy. The policy states that domestic and gang violence are generally not grounds for asylum.

An exception would be if the refugee comes from a country where the government is unable and unwilling to protect victims of this type of violence. But applicants who seek admission to the U.S. based on domestic or gang violence now face a very high hurdle.

Below our California refugee application attorneys provide an overview of the eligibility prerequisites, application process, time frames, and prices for becoming refugees in California.

Many people believe “asylee” and “refugee” mean the same thing, but they do not. Refer to our article on California asylum laws. 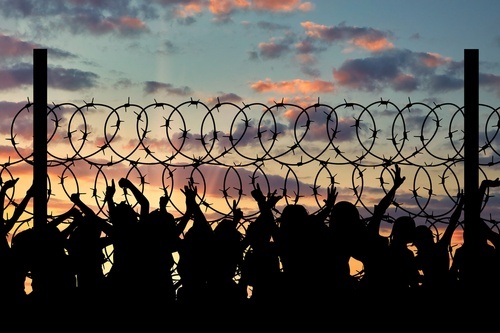 1. What are the requirements to become a refugee in California?

Once a foreigner secures refugee status, he/she is allowed to enter the U.S. and live anywhere in the country.

1.1 Bars to refugee status in California

Foreigners will be denied refugee status if any of the following is true:

Note that the foreigner's home country or immigration status have no bearing on whether he/she gets refugee status.

2. How do I apply for refugee status in Los Angeles, California?

In order to apply to become a refugee, the foreigner must obtain a referral notice from the U.S. Refugee Admissions Program (USRAP). Afterward, he/she must complete a refugee application.

Applicants may include the following family members in their refugee applications:

Refugee applicants usually have to submit to an interview with an officer of the U.S. Citizenship and Immigration Services (USCIS). The officer will determine whether the foreigner is "fit" for resettlement as a refugee in California.

3. What is the fee to get refugee status?

There is no cost to apply for refugee status in California.

4. When will I get refugee status in Los Angeles, California?

Achieving refugee status in California takes one (1) to two (2) years.

Refugee status does not come with a specified end date in California. However, refugees are expected to apply for legal permanent resident status after one (1) year. 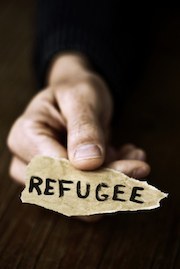 Foreigners may seek refugee status for themselves and their:

Note that the USCIS may extend refugee status to other relatives (such as parents or siblings) on a case-by-case basis.

7. Can refugees have a job?

Yes. Refugees are authorized to work in the U.S.

Yes. After one (1) year, refugees are expected to apply for a green card through USCIS Form I-485. Five (5) years after becoming legal permanent residents, they may apply for U.S. citizenship.

Call our California immigration attorneys at (855) LAWFIRM for a FREE consultation..

If you are seeking refugee status to come to California, phone our California immigration attorneys for a FREE consultation at (855) LAWFIRM. We will fight to help you and your family come to the U.S. as soon as possible.