Under California Penal Code 372 and 373a PC, it is a crime to do any of the following:

“Of course it isn't easy to understand what exactly a public nuisance is. It can mean anything from letting your lawn grow too tall to operating a meth lab in your home. Just like with the similarly vague crime of Penal Code 415 PC disturbing the peace, we often see people charged with this crime unfairly, in part because police and prosecutors are not quite sure what it means.”

The legal definition of a California public nuisance

The legal definition of a public nuisance in California is anything that:

Example: Erica lives in a duplex. She is a connoisseur of over-the-top violent movies and hard-core pornography. She frequently plays these movies very loudly on her TV.

The other half of the duplex is occupied by Dave, who has two kids. Dave and his kids can hear Erica's movies, but no one else can. These movies definitely interfere with their family's enjoyment of their apartment.

Erica's actions are indecent and offensive to the senses. But they are only affecting Dave and his kids—not the entire neighborhood or any considerable number of people. So she is not guilty of creating a criminal public nuisance.

Example: Isaac has a pet beagle that he keeps tied to a post in his backyard most nights. The beagle barks and howls throughout the night, disturbing the sleep of all the other people who live on Isaac's block.

The noise made by Isaac's dog is creating a public nuisance, since it affects a considerable number of people. (Isaac may also face charges for HS 122335 unlawful tethering of a dog.)

A “public nuisance” can also mean any activity that unlawfully obstructs free passage or use of any navigable waterway, any street or highway or any public park or square.5 So, for example, a protest or unlawful assembly that blocks a street or keeps people from entering or using a public park could count as a public nuisance. 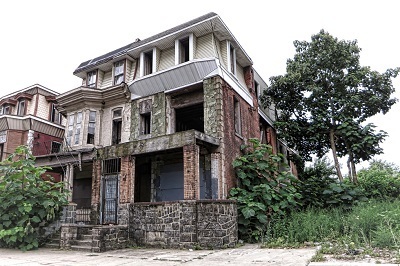 Failure to maintain a house or apartment building can lead to charges under California's public nuisance law.

The first is Penal Code 372 PC. This law makes it a crime to do either of the following:

Example: Edward buys a rundown house at a foreclosure auction, thinking he will fix it up and sell it for profit. But then the real estate market crashes, and Edward decides he won't be able to make any money by fixing up the house.

Edward doesn't do anything to maintain the house or its lawn or pool. The lawn gets overgrown and begins to attract snakes. The pool sits full of water and attracts mosquitoes. Squirrels and rats die in the house's crawlspace and give off a foul odor. Most of the people who live on the street are affected by the bugs and odors.

Edward may be guilty under PC 372 for willfully failing to maintain the property in such a way as to remove the public nuisances it creates.

Note that you can only be prosecuted under Penal Code 372 for creating a public nuisance that cannot be punished under another law.7

So, for example, if you created a nuisance for your neighborhood by raising vicious dogs for dogfighting or systematically selling drugs out of your home, you could be prosecuted under California's dogfighting law or California's "drug house" law—and could not also be charged under PC 372. Public urination in California is another behavior that can lead to nuisance charges.

The other California public nuisance law is Penal Code 373a PC.

This law makes it a crime to maintain, permit or allow a public nuisance to exist on a property that you own, occupy or lease—but only after you have received reasonable notice in writing from a health officer, district attorney or city attorney that the nuisance must be fixed.8

If you do not receive this written notice, you are not guilty under this public nuisance law.

Example: Debbie owns a house which she rents out. Her tenants regularly throw loud parties that spill out into the street; they and their guests often leave beer cans and other trash around the neighborhood. Other residents of the neighborhood have complained to Debbie repeatedly, but she does nothing about it.

Debbie is not guilty of allowing a public nuisance under PC 373a because she has not received written notice of the nuisance from a public official. (But, depending on the circumstances, she could face charges under PC 372, discussed above.)

If you do receive written notice of the nuisance, and you do not do anything about it, then you will face a separate public nuisance charge under California Penal Code 373a PC for each and every day on which the nuisance continues to exist.9

Penalties for creating or allowing a public nuisance

Under either Penal Code 372 or 373a, creating or allowing a public nuisance is a misdemeanor in California law.10 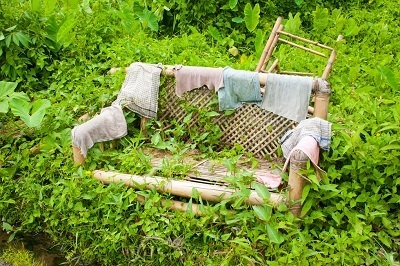 The potential penalties are:

A person could also be the subject of a civil lawsuit for creating a private nuisance in California. This could result in having to pay money damages.

Legal defenses against PC 372 or 373a charges

We are familiar with the common legal defenses that are most likely to be helpful in fighting public nuisance charges.

For questions about the criminal penalties for public nuisances in California under Penal Code 372 and 373a PC, or to discuss your case confidentially with one of our California criminal defense attorneys, do not hesitate to contact us at Shouse Law Group.

1 Penal Code 372 PC – Public nuisance; maintaining; committing; breach of duty of removal. (“Every person who maintains or commits any public nuisance, the punishment for which is not otherwise prescribed, or who willfully omits to perform any legal duty relating to the removal of a public nuisance, is guilty of a misdemeanor.”)

2 Penal Code 373a PC – Public nuisance; continuance after notice to abate; separate offense each day; continuous prosecutions. (“Every person who maintains, permits, or allows a public nuisance to exist upon his or her property or premises, and every person occupying or leasing the property or premises of another who maintains, permits or allows a public nuisance to exist thereon, after reasonable notice in writing from a health officer or district attorney or city attorney or prosecuting attorney to remove, discontinue or abate the same has been served upon such person, is guilty of a misdemeanor, and shall be punished accordingly; and the existence of such nuisance for each and every day after the service of such notice shall be deemed a separate and distinct offense, and it is hereby made the duty of the district attorney, or the city attorney of any city the charter of which imposes the duty upon the city attorney to prosecute state misdemeanors, to prosecute all persons guilty of violating this section by continuous prosecutions until the nuisance is abated and removed.”)

3 Pasadena criminal defense attorney David F. Poblete has devoted his career to defending the civil rights of criminal defendants, including those charged with so-called “crimes against public order” such as public nuisances. Poblete regularly defends charged in the Superior Courts of Los Angeles, Orange and San Diego Counties.

4 Penal Code 370 PC – “Public nuisance” defined. (“Anything which is injurious to health, or is indecent, or offensive to the senses, or an obstruction to the free use of property, so as to interfere with the comfortable enjoyment of life or property by an entire community or neighborhood, or by any considerable number of persons, or unlawfully obstructs the free passage or use, in the customary manner, of any navigable lake, or river, bay, stream, canal, or basin, or any public park, square, street, or highway, is a public nuisance.”)

11 Penal Code 19 PC. (“Except in cases where a different punishment is prescribed by any law of this state, every offense declared to be a misdemeanor [such as creating or maintaining a public nuisance] is punishable by imprisonment in the county jail not exceeding six months, or by fine not exceeding one thousand dollars ($1,000), or by both.”)

12 Penal Code 1202.51 PC – Fines imposed for certain offenses involving public nuisances, dumping, littering, and deposit of hazardous substances; use of funds for illegal dumping enforcement. (“In any case in which a defendant is convicted of any of the offenses enumerated in Section 372, 373a, Penal Code 374.3, 374.4, 374.7, or 374.8, the court shall order the defendant to pay a fine of one hundred dollars ($100) if the conviction is for an infraction or two hundred dollars ($200) if the conviction is for a misdemeanor, in addition to any other penalty or fine imposed. If the court determines that the defendant has the ability to pay all or part of the fine, the court shall set the amount to be paid and order the defendant to pay that sum to the city or, if not within a city, the county, where the violation occurred, to be used for the city's or county's illegal dumping enforcement program. Notwithstanding any other provision of law, no state or county penalty, assessment, fee, or surcharge shall be imposed on the fine ordered under this section.”)