Pre-existing conditions do not necessarily prevent Nevada accident victims from filing personal injury lawsuits and recovering money damages. And if an accident exacerbates (worsens) a plaintiff’s pre-existing injury, the defendant may be liable for any expenses caused by this exacerbation, including:

Having a pre-existing injury or illness can make it more difficult to win Nevada negligence cases and other claims, and past conditions might reduce the amount of money the victim is entitled to. In any case, the best evidence to prove the existence and severity of a plaintiff’s past and current injuries are medical records and testimony from medical experts.

1. Legal definition of pre-existing injuries and conditions in Nevada

Examples of pre-existing conditions include:

In sum, pre-existing conditions can be physical or mental, temporary or chronic, minor or serious.

Having a pre-existing condition should not negate a victim from winning personal injury lawsuits in the future. Whenever an accident causes the victim to sustain new injuries or an “exacerbation” of prior injuries, the victim stands to recover money damages from whoever caused the accident.

Example: Helen has a sprained ankle. While walking through the Mirage, she slips on a wet floor and breaks that same ankle. Even though Helen’s ankle was already compromised prior to the fall, Mirage could still be liable for “exacerbating” her sprained ankle by breaking it.

Helen in the above example is what the law calls an “eggshell plaintiff” because she has a pre-existing injury (the sprained ankle). Under Nevada law, eggshell plaintiffs are no less eligible than healthy plaintiffs to recover money damages for an accident.1

Certainly, defendants in personal injury cases will always try to use the plaintiff’s (victim’s) pre-existing conditions against them to avoid paying any damages. In the above example, Mirage might try to argue that Helen already had a broken leg prior to the fall and lied about having only a sprain before. Since parties in a personal injury case often disagree about the nature and extent of the victim’s injuries, the best proof the parties can rely on are medical records and medical expert testimony.2

It is important that plaintiffs in personal injury cases be honest about whether they have pre-existing conditions. If the defendants catch them in a lie, that could seriously jeopardize their credibility with the court and their ability to recover any money at all.2 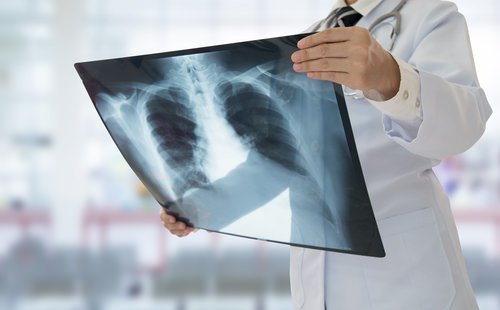 It is vital that personal injury plaintiffs are upfront about their past medical conditions. Trying to hide this evidence could give the defendants a huge advantage in court.

In standard Nevada personal injury cases, the burden is on the plaintiff (victim) to prove that the defendant’s actions exacerbated his/her pre-existing injuries. But legal procedures are different when victims sustain injuries in the course of their employment.

Example: Henry is a factory worker with worsening hearing loss. One day there is an explosion at the factory, which creates a loud boom. Henry then files a workers’ comp claim alleging that this loud boom caused his hearing loss to accelerate to near deafness.

If the factory’s insurance company wishes to fight Henry’s claim, it has the burden to prove that the loud boom was not a “substantial contributing cause” to Henry’s near deafness.

In the above example, the workers’ comp insurance company would undoubtedly comb through Henry’s medical records in search of proof that Henry was already nearly deaf prior to the explosion. It would also probably hire a medical expert to testify that the loud boom would not have affected his hearing too much.

Depending on the case, accident victims with pre-existing injuries may recover less money than they would otherwise. When an accident causes a prior injury to get worse, the culprit is liable to compensate the victim only for the exacerbation of the injury, not the underlying injury itself.

Example: Alice is a paraplegic and relies on a home health nurse and a wheelchair. While shopping in a Wal-Mart, a heavy shelf item falls onto her and breaks her back. After a long recovery, Alice is in the same position as she was before the accident.

Alice sues Wal-Mart to pay for her medical bills, including her continuing need for a home health nurse and wheelchair. Since Alice needed a home health nurse and wheelchair prior to the accident, Wal-Mart may be able to get out of paying for them. Instead, Wal-Mart would probably just be liable for all the medical bills related to her hospital stay and rehabilitation. Walmart may also have to pay for pain and suffering any lost wages she incurred while she was out of work.

As discussed above, courts rely heavily on medical records and expert medical witnesses to parse out exactly how much of a plaintiff’s injury the defendant is liable for.4

5. When a person with pre-existing injuries dies in an accident

When a person dies in an accident, that person’s family or estate can bring a Nevada wrongful death claim against the alleged culprits. If that victim had a pre-existing condition that made him or her particularly sick or fragile, the defendant might try to argue that the wrongful death claim is baseless because the victim would have died anyway.

This situation is common in Nevada medical malpractice cases. When determining liability, courts follow the “loss of chance doctrine”: If the medical provider’s negligence diminished the patient’s chance of a better outcome, the provider may have to pay damages. These damages are reduced in proportion to the extent that the victim’s pre-existing condition likely contributed to the death.5

Are you an accident victim with a prior injury? You still may be able to recover substantial money damages to cover all your expenses and more. For a free consultation with our Las Vegas accident attorneys, call us. You do not pay us unless you get paid first.