If you have been injured by a cat or other animal, you may be entitled to damages for:

Although cat bites tend not to be as damaging as dog bites, the wounds are often more difficult to disinfect. It is believed that anywhere from 20–80% of cat bites may become infected.

How Can I Recover Damages for a Cat Bite in Nevada?

Cats are naturally roaming animals and not inherently dangerous. Therefore, you can only recover damages for a cat bite if the owner had reason to know the animal was dangerous or aggressive and failed to restrain it.

Usually, this will require you to prove that the animal had a history of biting or scratching people. Ways you might prove this include (but are not limited to):

It may also help if you can establish that the owner violated one or more local animal control regulations. 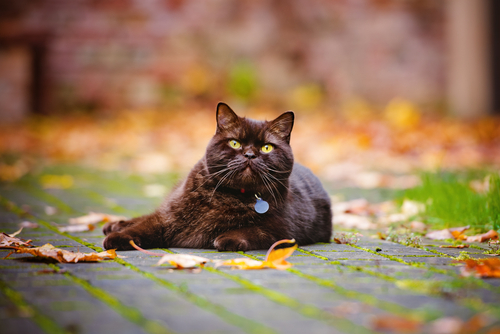 Cats must have tags in Nevada.

Title 7 of the Las Vegas Municipal Code Chapter 7.08 sets forth regulations related to animals in the city of Las Vegas. Similar provisions apply in Henderson and North Las Vegas.

Under the cities’ municipal codes, cats are allowed to roam at large unless the cat has an obvious injury or illness.
However, if your cat is at least 4 months old, you must obtain (either in person or online):

Clark County does not require animal licenses for cats within unincorporated areas. However, they must have a microchip device or current owner identification tag and must also display a current rabies vaccination tag.

In incorporated areas, a cat license generally costs $10 for a spayed or neutered cat. (You can obtain a license for a cat that is not spayed or neutered at a cost of $25, but unless you are a breeder, you may be in violation of the law). The license must be renewed yearly.

To apply for a cat license, you must exhibit a current rabies vaccination certificate (or exemption) issued by a licensed veterinarian. The certificate must also indicate whether the cat is sterilized.

Failure to spay or neuter your cat is a misdemeanor in Las Vegas. It can be punished by:

The penalty will be reduced by 80%, however, if you submit proof of sterilization of the cat within 30 days after issuance of the citation.

Kittens born to unsterilized cats in Las Vegas are subject to forfeiture, following which they may be given to the care of a local shelter for adoption.

Upon licensing your cat, you will receive a numbered license tag which must be securely fastened to a collar worn around the cat’s neck. Failure to tag your cat – or removal of a tag from a cat not belonging to you – is unlawful.

For more information on the obligations of cat owners in Nevada, please see the Clark County Animal Control FAQ or Title 7 of the Las Vegas Municipal Code.

A cat may be declared dangerous by a Las Vegas Animal Regulation Officer if it constitutes a physical threat to human beings or to other animals and:

However, a cat will not be declared dangerous for constituting a physical threat if it only behaved the way it did because another animal or a human provoked it.

A vicious animal may be destroyed by euthanasia (although the owner is first entitled to a hearing).

We also invite you to visit our page on California cat bite laws.

The statute of limitations in Nevada personal injury cases can be as short as two (2) years,