Five Things to You Should Know About Las Vegas DUI Checkpoints

Many states, including Nevada, use DUI checkpoints as one method of cracking down on drunk drivers.  Also referred to as sobriety checkpoints, DUI checkpoints are locations where police station legal roadblocks where officers stop and check drivers for signs of impairment indicating intoxication.

DUI checkpoints in the United States are only legal if they are administered properly. NRS 484.359 permits DUI sobriety checkpoints. The legality of the checkpoint is determined by whether or not the police follow the rules and guidelines required by the statute.

Here are some important points to remember about DUI checkpoints in Las Vegas.

The press release will usually indicate the date and times of the planned checkpoint, but not the specific location. Usually a major roadway known for heavy traffic, numerous accidents and frequently impaired drivers is chosen. 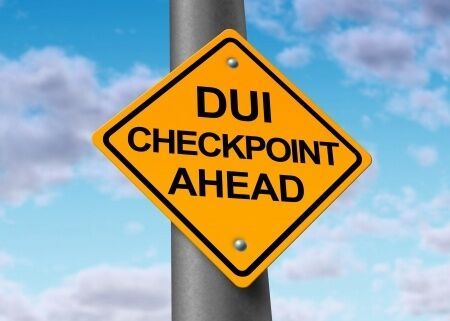 You should be able to identify the warning signs of an upcoming DUI checkpoint from a distance, since NRS 484B.570 requires that:

NRS 484B.580 establishes the following penalties for drivers who fail to stop at a Nevada DUI roadblock or disobey an officers’ orders.

The criminal charges against you can be dismissed if you can demonstrate that the police failed to follow any of the legal protocols required of a Nevada DUI checkpoint. This is true whether you were driving under the influence or not. Contact us to discuss your legal options related to your DUI arrest. (Read our article explaining the benefits of blood tests versus breath tests in Nevada DUI cases.)