This has led to ride-sharing companies claiming they are not liable for the actions of their drivers. As far as Uber and Lyft are concerned, they serve simply as an arranger of transportation and not as a transportation company. In this respect, they say, they are more akin to eBay or Craigslist and drivers are not employees, but at most independent contractors.

However, while serious personal injury claims against Uber or Lyft have not gotten as far as a jury verdict, early signals from courts suggest that TNCs may not be able to escape liability so easily.

Who is responsible for an Uber or Lyft accident?

Liability for an Uber or Lyft accident depends on two things:

The easiest way to picture this is to divide Uber and Lyft driver activities into three periods:

Period 1 – The driver is on his or her own time

During Period 1, the driver is not carrying passengers and is not actively seeking them. In other words, the driver is using the vehicle for personal use.

Uber and Lyft are not responsible for anything a driver does at this time. The driver’s personal liability insurance is the only policy that applies to accidents and the driver is solely responsible for any crimes he or she commits.

Most major insurance companies offer Uber and Lyft drivers “rideshare insurance” also known as “gap insurance.” These policies provide extra coverage for rideshare drivers when they are off-duty and do not punish them for using their cars for ride sharing. However, these policies are not legally required.

Period 2 (sometimes called “driver mode”) is active when the driver has the Uber or Lyft app on, but has not yet accepted an assignment.

Both Uber and Lyft maintain contingent liability insurance policies that cover accidents caused by their drivers during Period 2 to the extent the driver’s personal insurance is inadequate.

However, these contingent liability insurance policies cap out at $50,000 for injury or death and $25,000 for property damage. Additionally, they are secondary insurance, meaning that in order to collect, you must file a claim against the driver’s insurer as well.

While this is clearly better than the minimum limits that might apply to the same driver on his or her own time, it is still well below the limits required of taxicabs and limos. These commercial policies have liability limits in the hundreds of thousands of dollars and apply to the vehicle at all times.

Unresolved, however, is whether Uber or Lyft could be held liable for damages in excess of these amounts. For instance: if a pedestrian were killed by an Uber driver who had the app on but did not yet have a customer, would Uber be responsible for wrongful death damages in excess of $50,000?

The only thing we can be fairly sure of is that Uber and Lyft would fight such a claim aggressively.

Period 3 starts the moment the driver accepts your ride request. It ends once all passengers have been dropped at their destination and the ride has ended in the app.

During Period 3, the ride-sharing service’s commercial liability policy is responsible (at least up to policy limits) for accidents caused by the service’s drivers.

Both Uber and Lyft carry commercial liability insurance with limits of up to $1,000,000 per person per accident (to a maximum of $2,000,000 for all passengers).

One caveat, however – it is arguable whether these policies apply unless you order the driver’s services through the app. If you hail an Uber or Lyft driver directly from the street – or arrange a trip “off the books” – you are likely losing access to this coverage.

What if I am hit by an uninsured motorist while taking Uber or Lyft?

So if you are hit by an uninsured (or minimally insured motorist) while you are a passenger in a taxi, your injuries are not covered by the taxi company. In this respect, taking Uber or Lyft can be preferable to taking a taxi.

Chapter 706A of the Nevada Revised Statutes (NRS) sets forth certain minimum conditions for drivers and obligations of transportation network companies such as Uber and Lyft. These include background checks of driver’s driving and criminal histories and proof that the driver has a driver’s liability insurance policy with the minimum legal limits.

Nevada law requires a TNC to conduct a background check of every driver applicant and to perform an additional check every three years. The company is prohibited from hiring the applicant if his or her name appears on Nevada’s Sex Offender Registry or if:

How good are Uber and Lyft background checks?

Neither Uber nor Lyft conducts FBI background checks. Instead, they use less expensive and time-consuming commercial background checks that rely on searches of criminal database by Social Security number rather than a biometric identifier such as fingerprints.

In April, Uber settled a lawsuit in California (where both Uber and Lyft are headquartered) in which it was alleged that Uber failed to screen out 25 drivers with criminal records, including convictions for kidnapping and murder. 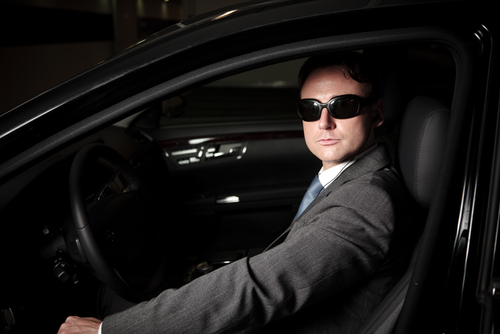 Who is liable for crimes committed by Uber or Lyft drivers?

While some tribunals have held that Uber and Lyft drivers are employees for purposes of labor laws or workers’ compensation, the issue has not been litigated in the context of tort liability.

That is not to say that litigants haven’t tried to hold Uber and Lyft responsible for the criminal or wrongful actions of their drivers. According to a story in the Mercury News (a San Jose-based news outlet), as of July 2016 Uber was fighting more than 70 federal lawsuits across the country and had resolved at least another 60. This number did not include claims filed in state court.

However, to date all such lawsuits have settled out of court. Two of these actions are, however, particularly note-worthy and deserve comment.

The first arose out of an incident on New Year’s Eve 2013 in San Francisco in which an UberX driver struck a six-year-old girl and her family at a crosswalk. The girl was killed and the mother and brother were injured.

The parents of the girl sued both the driver and Uber Technologies in San Francisco Superior Court. Their complaint alleged that the driver hit and killed their daughter while he was logged into Uber’s phone application and searching for customers.

Uber, predictably, claimed it wasn’t liable because the driver was not the company’s employee. That case was settled out-of-court.

In another case filed in 2015 in the United States District Court for the Northern District of California (where both Uber and Lyft are headquartered), two women from out-of-state claimed that they were sexually assaulted by Uber drivers.

Again, Uber denied liability on the basis that the drivers were not employees. In an early hearing in the case, the judge seemed unpersuaded. However, these cases, too, settled out-of-court. So the issue remains unresolved.

What can I do if I am injured by an Uber or Lyft Driver in Nevada?

In some cases, it will be a simple matter of collecting the most you can from the company’s or the driver’s insurance company and letting them fight out responsibility among themselves.

But sometimes the presence of more than one company can involve finger pointing that can leave you with unpaid medical bills and lost wages, or liability you weren’t anticipating.

And in the cases of a serious crime (such as sexual assault), your losses could be much more serious.

We hope your experiences with ride-sharing services will be nothing but positive, whether you are a passenger, a driver or an innocent bystander. But in the event you need the help of a caring and experienced Nevada lawyer, we’ll be standing by.

To learn more, please see or our article on Uber and Lyft lawsuits in Nevada.

We can also help if you were injured by an Uber or Lyft driver in California.