On October 1, 2017, a killer rained bullets from a Mandalay Bay hotel room down onto the Route 91 Harvest Festival, claiming 58 lives and injuring 546 before killing himself. Victims and their families may believe they have little legal recourse. But the Nevada Supreme Court recently handed down a decision--Humphries v. New York, New York--that increases victims' chances of recovering significant money damages from MGM Resorts, which owns Mandalay Bay.

Humphries expands the scope of foreseeable hazards that hotels are legally required to protect against. And there is a solid argument to be made that the Vegas Massacre was foreseeable, and that MGM was negligent in protecting patrons from it. Just in 2014 -- less than three years prior to the massacre -- a Mandalay Bay hotel guest was caught in his room with six weapons, one of which was a rifle pointing towards the Strip. The guest (who was also a convicted felon) was arrested before anyone could get hurt, but this event arguably makes the events of One October more "foreseeable" by MGM.1

Vegas Massacre victims and their families may be able to sue MGM Resorts in an effort to win compensatory damages to cover their:

There is only a two (2) year statue of limitations in Nevada to bring a personal injury lawsuit for the Vegas Massacre. And plaintiffs may be able to sue parties other than the MGM including Live Nation, Las Vegas Metropolitan Police Department, and the shooter's estate.

In this article, our Las Vegas personal injury attorneys answer frequently-asked-questions about filing a lawsuit for the Las Vegas shooting, including causes of action, money damages, and the Humphries case, which may be the key to proving negligence. Click on a topic to jump to that section: 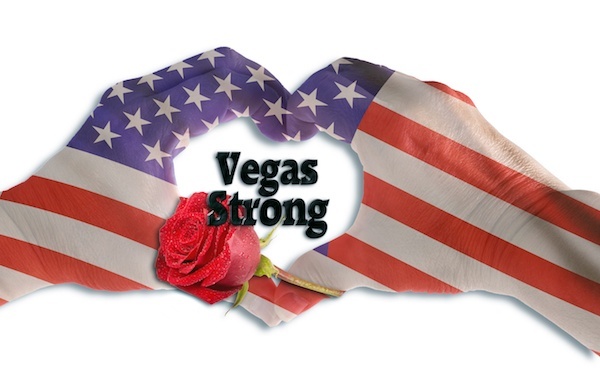 1. Who can file a lawsuit for the Las Vegas shooting?

The shooting victims and/or their immediate families may have viable lawsuits. The victims' distant family, friends, employers, employees, and neighbors likely do not have a legal basis to sue. But all parties affected by the Vegas Massacre are encouraged to consult with an attorney to discuss their legal options.

2. Who are the possible liable parties in the Las Vegas shooting? 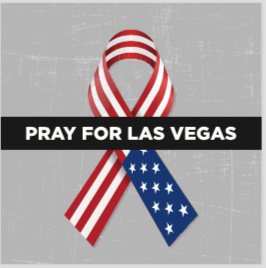 The most obvious defendant in Vegas Massacre lawsuits is MGM Resorts (which owns Mandalay Bay). Other possible defendants include Live Nation, the Las Vegas Metropolitan Police Department, and the shooter's estate. Of all of them, MGM has the deepest pockets.

3. What are the bases for liability in the Las Vegas shooting?

Plaintiffs in Vegas Massacre lawsuits will likely sue for negligence and, if the victim died, wrongful death:

In order to prevail in a negligence lawsuit in Nevada, the plaintiff has to prove four things:

The specific duty of care depends on the plaintiff being sued:

Both the Mandalay Bay (where the suspect shoot from) and Las Vegas Village (the 15-acre site of the Route 91 Harvest Festival) are MGM properties. So the next logical question is whether the MGM is partly liable for what transpired there.

Like every property owner, MGM Resorts bears a duty to take all reasonable measures to safeguard its premises from all foreseeable dangers. Fortunately for Vegas Massacre victims, the recent Nevada Supreme Court case Humphries v. New York, New York takes an expansive view of what is considered foreseeable: 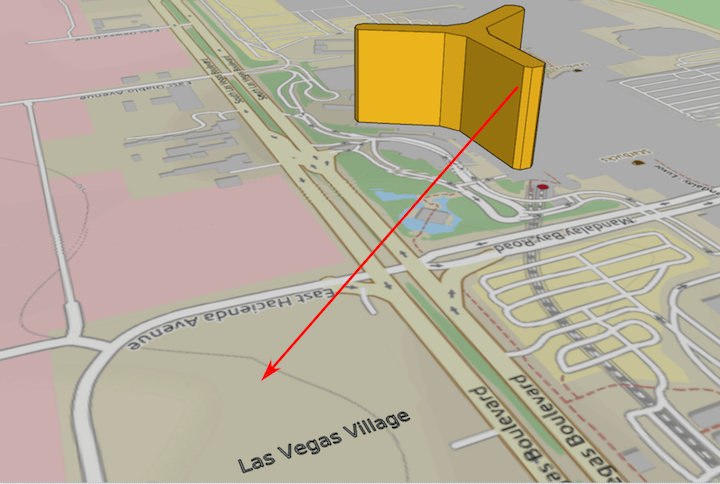 Although the Vegas Massacre sounds like an exceptional circumstance, history has other instances where murderous gunmen shot down from high-rises. Two examples include the 1966 shooting from the University of Texas Tower and the 1976 shooting from the Holiday Inn's 26th floor in Wichita.

And in 2014, less than three years prior to the Vegas Massacre, a Mandalay Bay housekeeper found a hotel guest with six weapons, including a rifle aimed at the Strip. Fortunately the hotel guest (who was a convicted felon) was apprehended and later convicted and imprisoned before anyone could get hurt. But this event proves that MGM should have been on notice that Mandalay Bay guests can and do set up firearms aiming towards populated areas.

With Mandalay Bay being a high-rise that oversees areas where tens of thousands of people congregate, MGM arguably should have foreseen that someone with bad intentions could commit a massacre. The concert-goers at the Route 91 Harvest Festival were like fish in a barrel for the shooter.

Just some of the ways MGM may have breached its duty that led to the Vegas Massacre include the following:

Considering the festival was half-surrounded by high-rises where any maniac with legally-obtained guns could wreak havoc, the Vegas Massacre may very well have been foreseeable under Humphries and therefore should have been prevented.

Update: MGM recently filed a complaint asking a federal judge to shield them from civil liability for the shooting. MGM argues that the security company it hired for the concert was immune from liability because the Department of Homeland Security certified it to protect against and respond to acts of mass injury and destruction. MGM argues that this immunity extends to MGM because it hired the security company 3

Live Nation, which organized and promoted the Route 91 Harvest Festival, certainly had a duty to take all reasonable measures to safeguard its patrons. Just some of the ways Live Nation may have breached its duty that led to the Vegas Massacre include the following:

Live Nation arguably should have reasonably foreseen that Route 91 concert-goers were susceptible to attack considering the concert grounds were in close range to many high-rise structures, including Mandalay Bay. Therefore, Live Nation possibly had a duty to try to preclude a high-rise shooting from occurring.

The individual police officers who responded to the Route 91 Harvest Festival shooting were exceptionally brave and certainly saved lives. But there are glaring issues that suggest the Las Vegas Metropolitan Police Department may have breached its duty of care in safeguarding the victims. Just some of the ways Las Vegas Metro may have breached its duty that exacerbated the Vegas Massacre include the following:

Note that it may be difficult to hold the police liable for negligence because they will surely claim "sovereign immunity," which relieves certain government actors from liability in negligence cases.4

3.1.4. Suing the shooter's estate for the Las Vegas shooting

Since the shooter is dead, plaintiffs can try to sue his estate for negligence. Reportedly the shooter was wealthy, but since there are so many victims likely to sue, this route may not yield large financial damages.

Surviving family members of the 58 people killed at the Vegas Massacre may be able to bring a wrongful death suit against all the potentially responsible parties. In order to prevail in a wrongful death lawsuit in Nevada, the plaintiff must prove the following four elements: 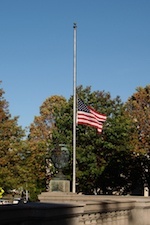 Spouses or registered domestic partners of shooting victims may be able to sue for "loss of consortium" if the shooting adversely affected the victim's ability to provide companionship, moral support or intimacy. To prevail on a loss of consortium claim in Nevada, a plaintiff must prove:

For example, "loss of consortium" would come into play if the shooting injured the victim's sexual organs or caused brain damage.

4. What money can plaintiffs get for the Las Vegas shooting?

Plaintiffs would seek "compensatory damages" to cover all medical bills, pain and suffering, lost wages, and loss of future earnings. If the victim died, the plaintiff may also be able to recover funeral expenses. Plaintiffs could try to seek these damages from MGM, Live Nation, Las Vegas Metro, and the shooter's estate.

It seems obvious that the shooter's estate would also be on the hook for punitive damages, which come into play when the perpetrator acted willfully and maliciously. But the shooter's limited estate may be unable to pay out any substantial money damages.

5. What is the time-limit for bringing a lawsuit for the Las Vegas shooting?

Two (2) years from the date of the shooting. So all personal injury lawsuits should be filed by September 30, 2019.7

6. How do Las Vegas shooting victims make sure they get paid since there were so many other victims?

Experienced personal injury attorneys are skilled in the "race for the money." In some cases, the best course of action is to press for an early settlement. In others, the best strategy is to go to trial. Each plaintiff's attorney will discuss the possible courses of action with their clients in light of the unique facts of their case.

7. How much does it cost for Las Vegas shooting victims to bring a lawsuit? 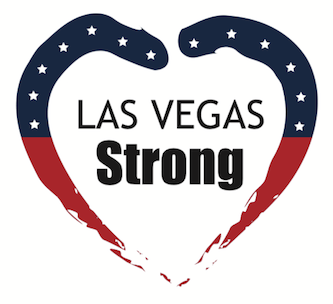 No ethical personal injury will charge a penny unless the case is successful. If the plaintiff wins at trial or gets a settlement, only then will the attorney take a percentage.

8. Can out-of-state victims of the Las Vegas shooting sue in their home state?

Possibly. There are several legal and factual questions to consider. Non-Nevada victims and their families are encouraged to consult with attorneys in both their home state as well as Nevada to go over their options. 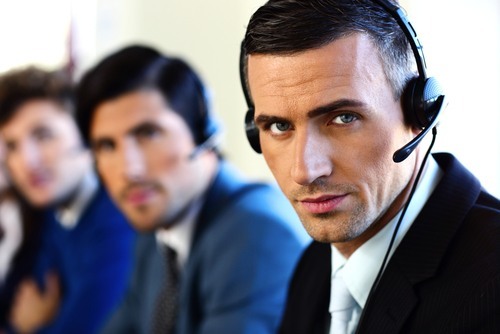 Call our Las Vegas personal injury attorneys at 702-DEFENSE for a FREE consultation.

Money can never bring back a loved one or heal an injury. But it can help victims and their families get on with their lives as they cope with their grave losses. If you have been affected by the Harvest Festival shooting on October 1st, 2017, call our Las Vegas personal injury attorneys today at 702-DEFENSE (702-333-3673). We will discuss all your options to pursue the largest financial settlement possible.