An intoxicated person who sleeps in a parked car can be convicted of DUI in Nevada if he/she has the car keys in the ignition. It does not matter that the person was not actually driving.

In this article our Las Vegas Nevada criminal defense attorneys discuss the Nevada crime of “sleeping under the influence in a vehicle.” Continue reading to learn how sleeping drunk in a car can make someone vulnerable to arrest and Nevada DUI penalties.

1) Can I be convicted of DUI for sleeping in my car in Nevada?

Yes, if the following two conditions are true: 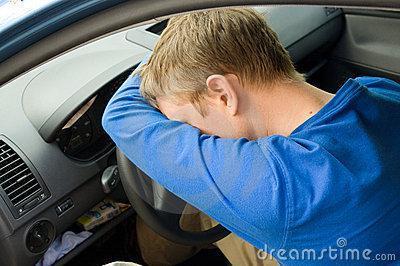 Sleeping intoxicated in a parked car leads to DUI arrests in Nevada.

2) How can a sleeping person be "in control" of a parked motor vehicle in Nevada?

Whenever the keys are in the ignition. Under Nevada DUI law, having your keys in the ignition qualifies as being in control of the car even if the engine is off and you are sleeping in the backseat or by the side of the road.

There are additional circumstances that make it more likely for police to arrest a sleeping person for DUI. These include:

Police also consider if the sleeping person likely drove the car while drunk to its current location. Mesquite criminal defense attorney Michael Becker gives an example of how this factors into a cop's decision to arrest someone:

Mary and Sally arrive separately to Ghostbar and have several drinks. At the end of the night they go to their respective cars in the parking lot. Mary decides to curl up in the backseat and sleep until she is sober enough to drive. Sally drives a few blocks before realizing she is too drunk to drive, so she pulls over to an empty lot to park to sleep it off. Both Mary and Sally get woken up by Las Vegas Metropolitan Police.

It is unlikely that Mary would be arrested for DUI. She never drove drunk, and as long as her keys are not in the ignition, the police would probably not consider her to be in physical control of the car.

In contrast, Sally probably would be arrested for DUI and booked at the Clark County Detention Center even if the keys are not in the ignition. Since the car is in a deserted area away from a bar, the police would presume that Sally had to drive the car to its current location while drunk.

Note that just because someone is arrested for DUI does not necessarily guarantee that the person will ultimately be convicted. In the above example, a good criminal defense attorney may be able to raise sufficient reasonable doubt as to whether Sally committed DUI. If the prosecution cannot prove that Sally drove while drunk, it could be difficult for them to achieve a drunk driving conviction.

In sum, a person is not considered under the influence in Nevada for the purpose of a sleeping DUI if:

See our article about the "no driving" defense in Nevada DUI cases. 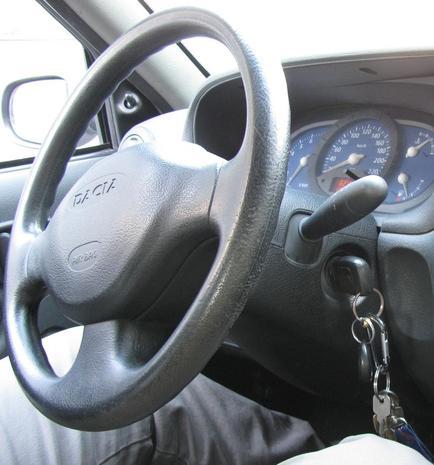 A sleeping person is still "in actual physical control" of a vehicle in Nevada if the keys are in the ignition.

3) What if I went to sleep in the car in order to avoid driving drunk in Nevada?

It is a damned-if-you-do/ damned-if-you-don't situation. Certainly, it is much safer and recommended for impaired drivers to pull over and go to sleep than to continue driving. But Nevada DUI law draws no distinction between inebriated driving and sleeping in a car while inebriated.

4) What are the penalties for sleeping drunk in a car in Nevada?

The punishments for a sleeping DUI are the same as for driving drunk in Nevada. The maximum sentence for a first-time DUI is up to six months in jail and/or up to $1,000 in fines.3 However, the judge will usually dispense with the jail sentence as long as the defendant completes some driver safety classes. The court will order the installation of an ignition interlock device. The DMV will also suspend the person's driver's license.4 Note that penalties become steeper with each successive DUI.

5) What are the defenses to sleeping DUI charges in Nevada?

They vary case-to-case. Common defenses are:

Arrested for a sleeping DUI in Nevada? Call us…

If you are facing DUI charges in Nevada, call our Las Vegas Nevada DUI lawyers at 702-DEFENSE (702-333-3673) to discuss your case for free. We may be able to get your charges reduced.