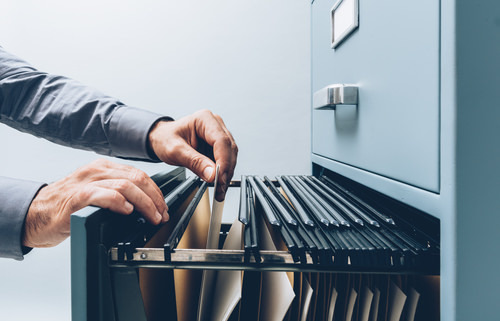 Any state agency hiring a law enforcement officer must now review that officer’s history of public complaints, and any investigations conducted therein, prior to employment.

Assembly Bill 2327 was signed into law by Gov. Brown in September 2018. According to the bill, any state agency hiring a law enforcement officer must now review that officer's history of public complaints, and any investigations conducted therein, prior to employment.

AB 2327 marks a change in California law. Prior to the bill, an agency hiring an officer was under no obligation to review that person's personnel file, which includes documentation on public complaints and investigations.

Existing California law states that if an agency employs law enforcement personnel, that agency must have a procedure to investigate public complaints made against these staff members.

Further, any complaints made against an officer, and any investigations or findings related to those complaints, must be kept within an officer's personnel file.

Assembly Bill 2327 now requires state agencies to review these materials pre-employment. That is, any agency hiring an officer must review that officer's personnel file – namely, the officer's history of complaints/misconduct and any investigations contained therein.

Laws Prior to Assembly Bill 2327

AB 2327 significantly changed California's laws on the hiring of law enforcement officers. Under the State's old law, agencies still had to have a procedure for investigating public complaints made against an officer.

These agencies were also obligated to document any complaints made against an officer, and any related investigations and findings, in that officer's personnel file.

However, California law never stated that an agency had to review these materials pre-employment. If a state agency was contemplating hiring an officer, that agency was never required to review that officer's history of complaints/misconduct – until now.

Supporters of AB 2327 state that the new law requiring misconduct review is beneficial for three main reasons. These are:

As to the latter reason, the logic here is that officers will be less likely to engage in instances of misconduct if they know the documentation of these acts will be reviewed prior to another job.

Police misconduct in California, and instances involving an officer's use of excessive force, have remained at national attention for several years now. Last year, the Department of Justice released, for the first time ever, data regarding police use of force. In particular, this data was on violent encounters between police and citizens.

Two sets of statistics are important to note with regards to this data. These are that in 2016:

Assembly Bill 2327 was introduced in February of 2018 by Bill Quirk. The bill adds Section 832.12 to the California Penal Code.