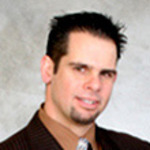 One of the region's top young DUI defense attorneys, John Murray handles many DUI cases…in particular at the Pasadena, Alhambra, West Covina and Pomona courthouses. John is known for scrutinizing the prosecution's evidence, finding creative ways to fight the DUI charge, and taking many DUI cases to jury trial.

Featured as a national legal commentator on Fox News Channel, Pomona DUI attorney John Murray recently presented as a keynote speaker at the National Institute of Justice's Conference on Science, Technology and Law. At the conference, John addressed the ways that faulty DUI breath test machines and poor police tactics lead to the conviction of innocent people in DUI prosecutions.

John is one of only a handful of DUI lawyers whose practice focuses on fighting California drivers license suspensions in DUI cases.

"DMV law is amazingly complex," says Pomona DUI Attorney Murray. "You must understand the politics and bureaucracy of the DMV. You must get to know the individual hearing officers personally. You must study California DMV law. And you must know your client's DUI case inside and out. If you take the time to do all of this, you can help save a lot of drivers licenses."

"For many of my clients, their career is at stake," says Pomona DUI attorney Murray. "Or their ability to support their family. Or to continue their schooling. Public transportation is just not a viable option. So I take my DMV work very seriously."

John does most of his California DMV hearings in person. This means traveling hundreds of mile to the various hearing offices. And he frequently subpoenas the arresting officers and his own toxicologist to testify, turning the DMV hearing into a mini DUI trial. "It's a lot of extra work. But that's often what it takes to save the person's license."

Were you arrested for a DUI or drunk driving offense in Orange County, CA? Although the OC is still one of the more conservative places in the country, and harsh on DUI cases, it still may be possible to prevent a DUI conviction and to save your drivers license.

DUI Attorney Murray lectures to and advises other lawyers regarding strategies for defeating drunk driving cases, and winning California DMV hearings. Mr. Murray has been featured as an expert legal commentator as to driving related crimes on the Fox News Channel.