Is there a crime of "prowling" in California? 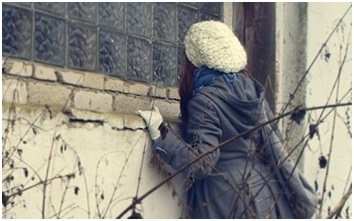 “Prowling” is a crime in California per California Penal Code 647i PC, the State's “peeking while loitering law.” A person commits this offense when he:

PC 647i is technically known as California's law against "peeking while loitering" or "unlawful peeking." A violation of this code section is charged as a misdemeanor. The crime is punishable by:

Alternatively, the judge might sentence the offender to summary (or informal) probation. Luckily, a person can raise a legal defense to challenge prowling accusations. Some common defenses include that the defendant:

Please note that prowling is a separate and different crime than that of “invasion of privacy,” under Penal Code 647j PC. What is the California crime of prowling, per Penal Code 647i? Under PC 647i, a prosecutor must prove three things to successfully convict a defendant of the offense of prowling. These are that the accused:

Note that a building or structure is “inhabited” if someone uses it as a dwelling. It does not matter whether someone is inside at the time of the alleged peeking. Also note that Penal Code 647i is not a crime that requires "specific intent." This means that it does not matter why (or when) the defendant decided to look through someone's window or door. The defendant can be convicted of PC 647i even if he did not enter the property with the intention to loiter or peek. Some examples of prowling include:

What are the penalties for violating PC 647i?

A violation of this code section is charged as a misdemeanor. The crime is punishable by:

Alternatively, the judge might sentence the offender to summary (or informal) probation. If sentenced to probation, the defendant will serve little or no jail time. But there may be conditions to probation, such as:

If the defendant violates the conditions of probation, the judge can revoke the probation and sentence the defendant to jail. Please note that a conviction of "prowling" does not require California sex offender registration.

Are there legal defenses available if accused of this crime?

Luckily, a person accused of unlawful peeking can challenge the accusation by raising a legal defense. A successful defense can reduce or even dismiss a charge. Four common legal defenses to accusation of violating PC 647i include that the defendant:

Under California law, “to loiter” means to linger or hang around in a public place or business where one has no particular or legal purpose.

Is prowling the same offense as “invasion of privacy?”

Invasion of privacy under Penal Code 647j is charged as a misdemeanor in California. Potential punishment can include:

However, note that punishment increases if:

In either of these cases, the penalty for invasion of privacy can include:

Note that California also has civil causes of action for certain forms of invasion of privacy. A victim can sue for “public disclosure of private facts” when someone publicly makes known private and embarrassing information about the victim. One can also make a "false light" claim when a person or business disseminates false and embarrassing assertions about the subject.